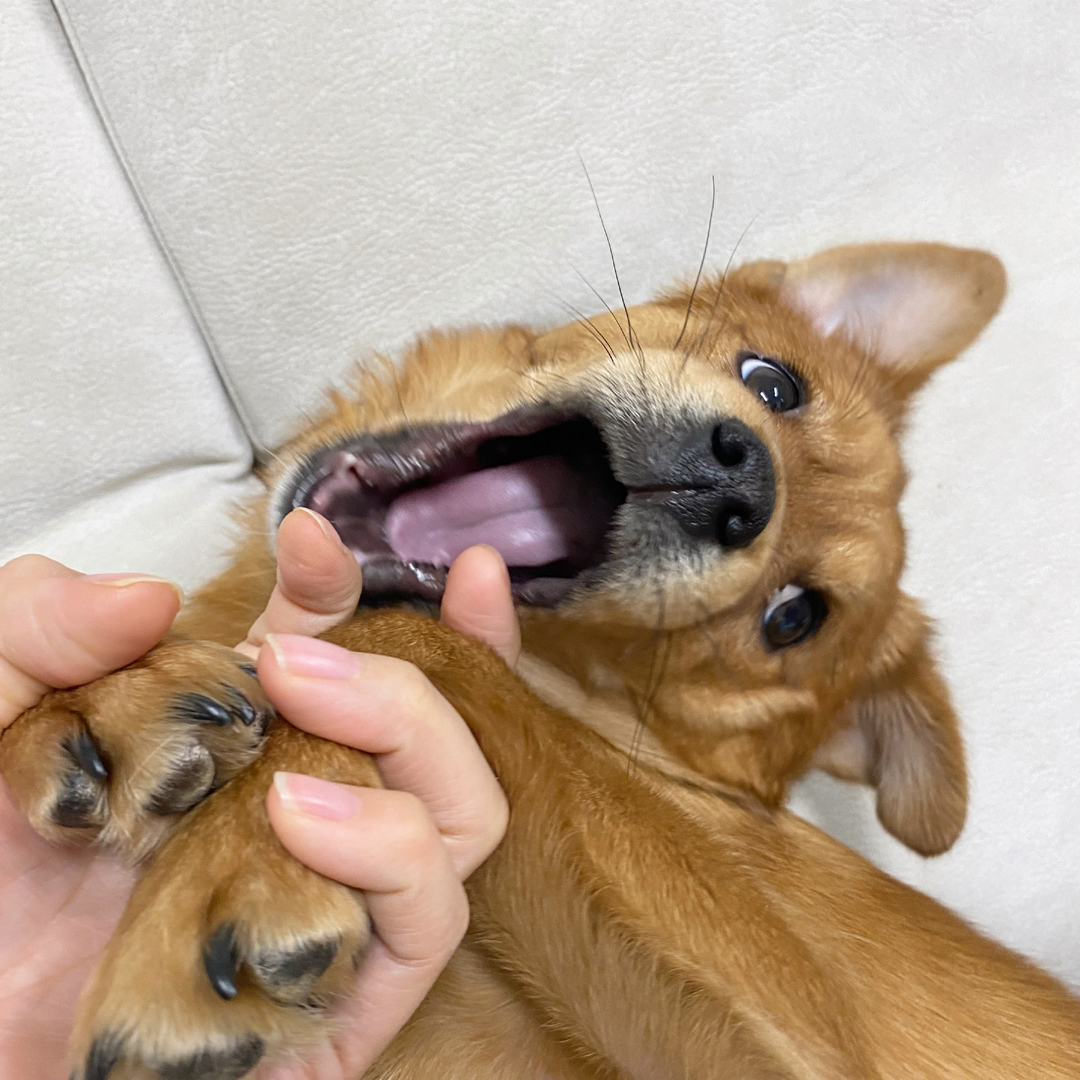 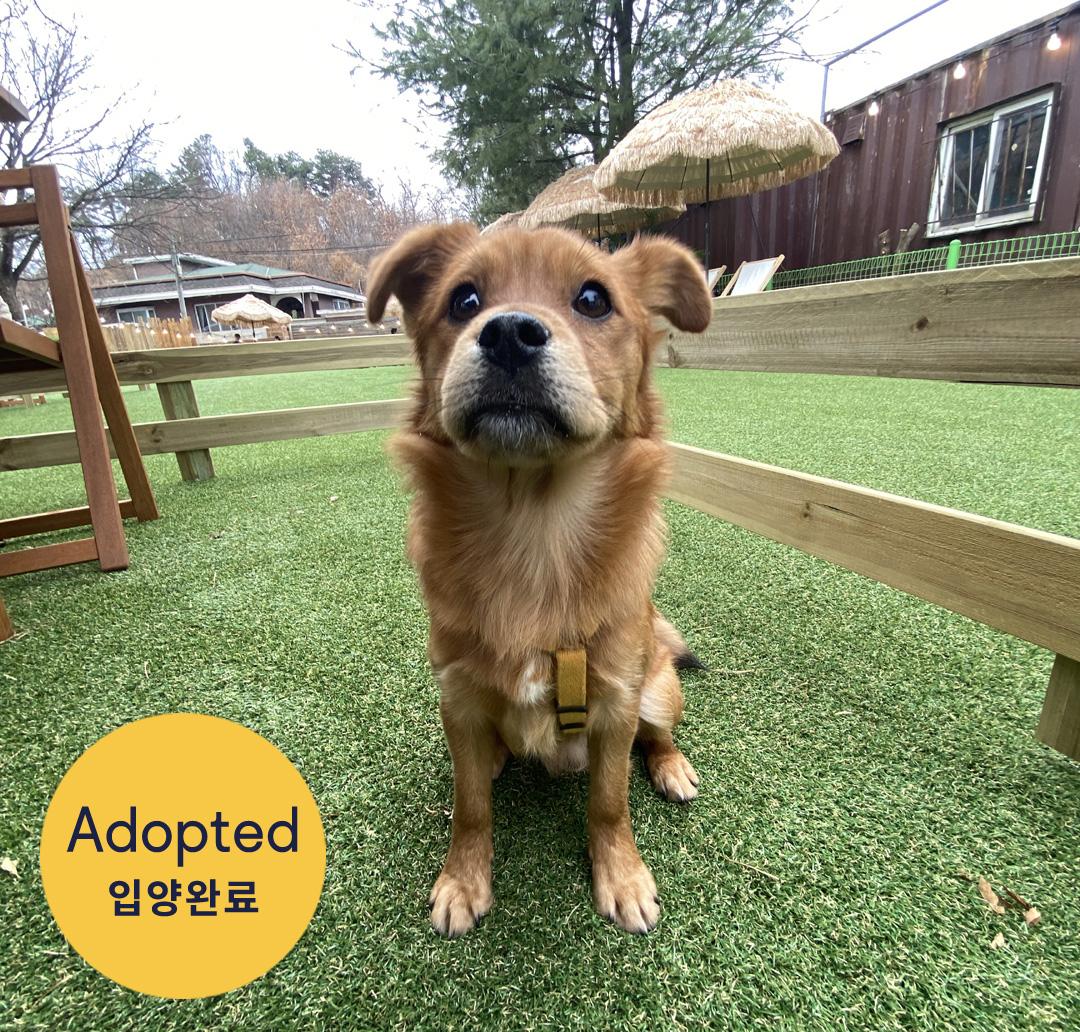 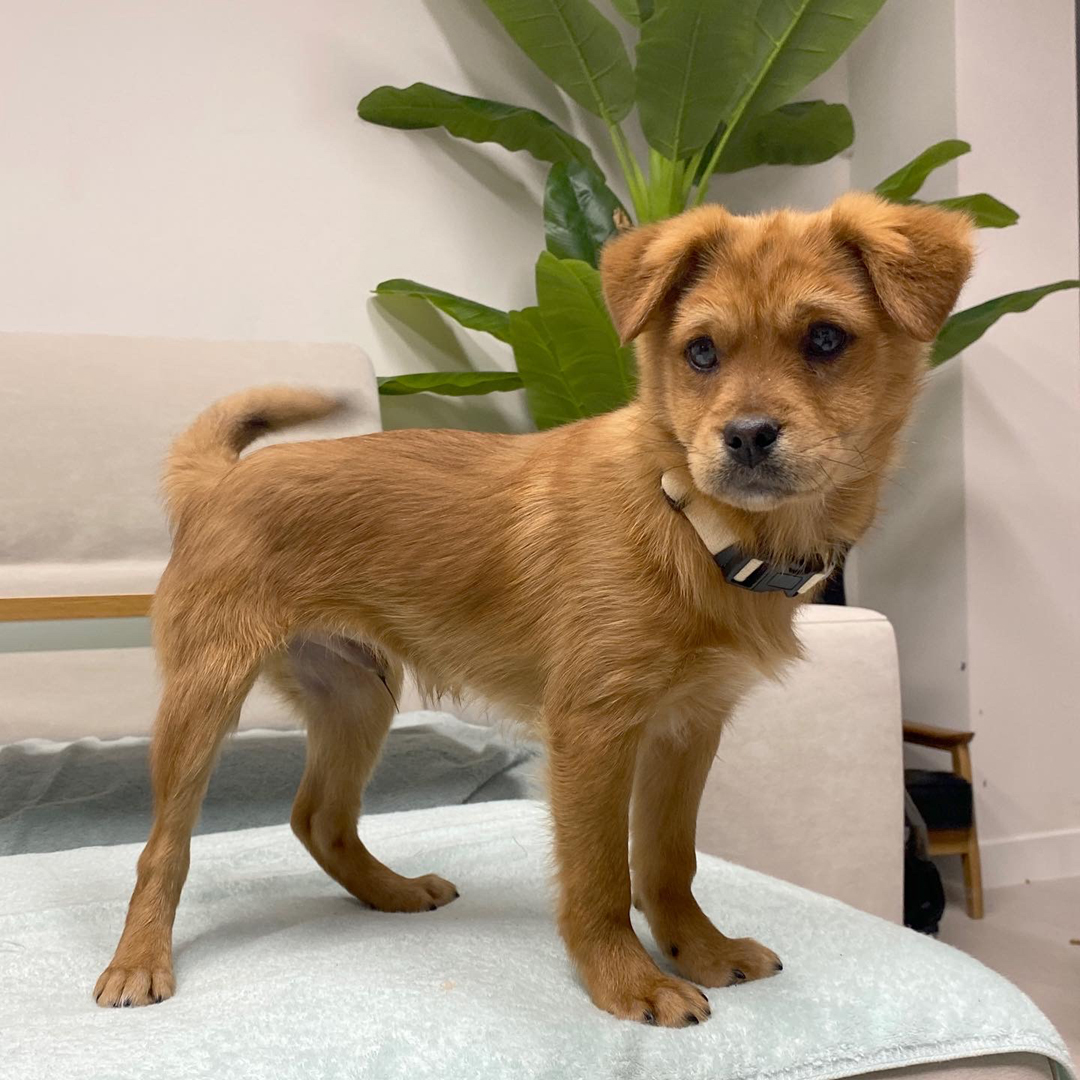 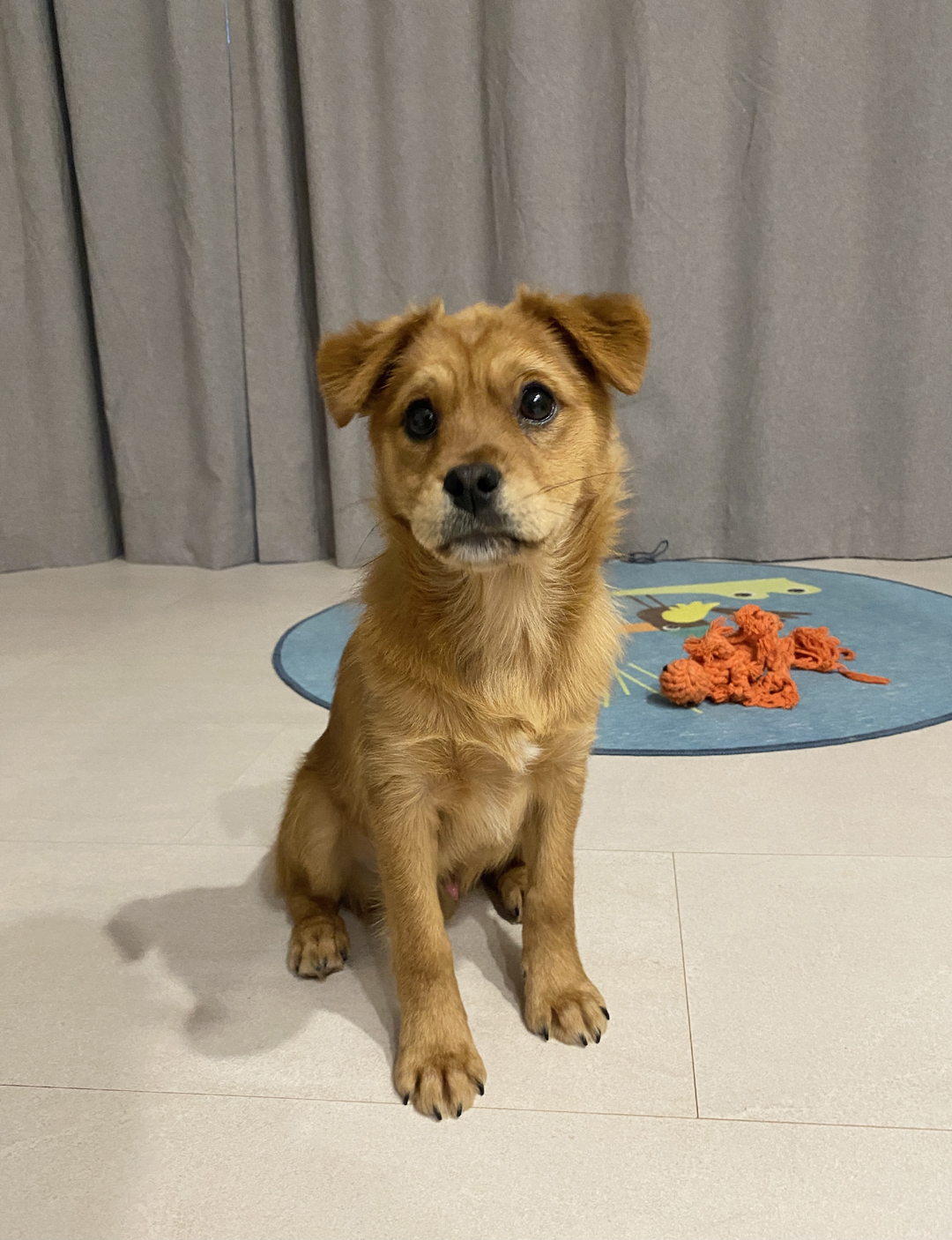 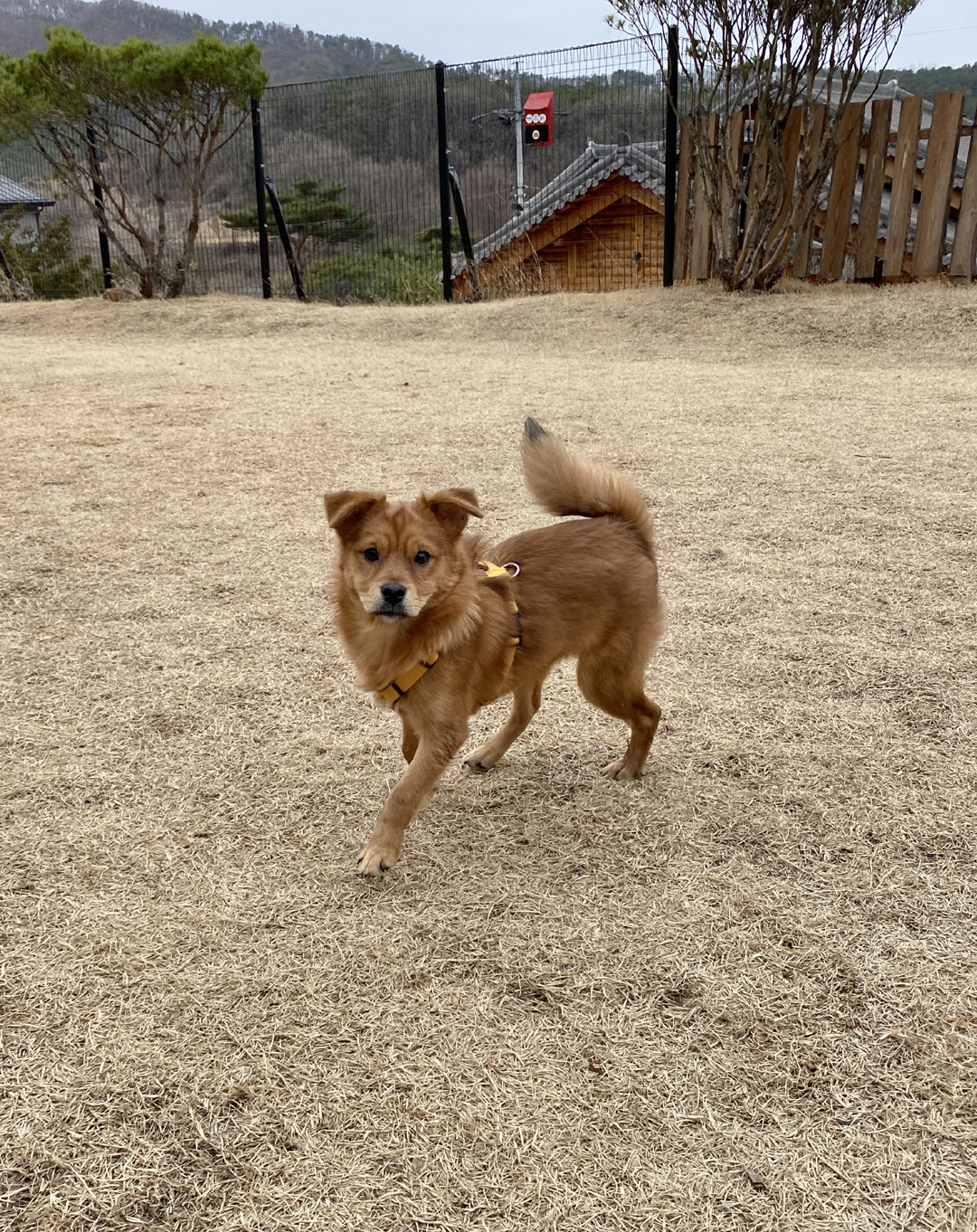 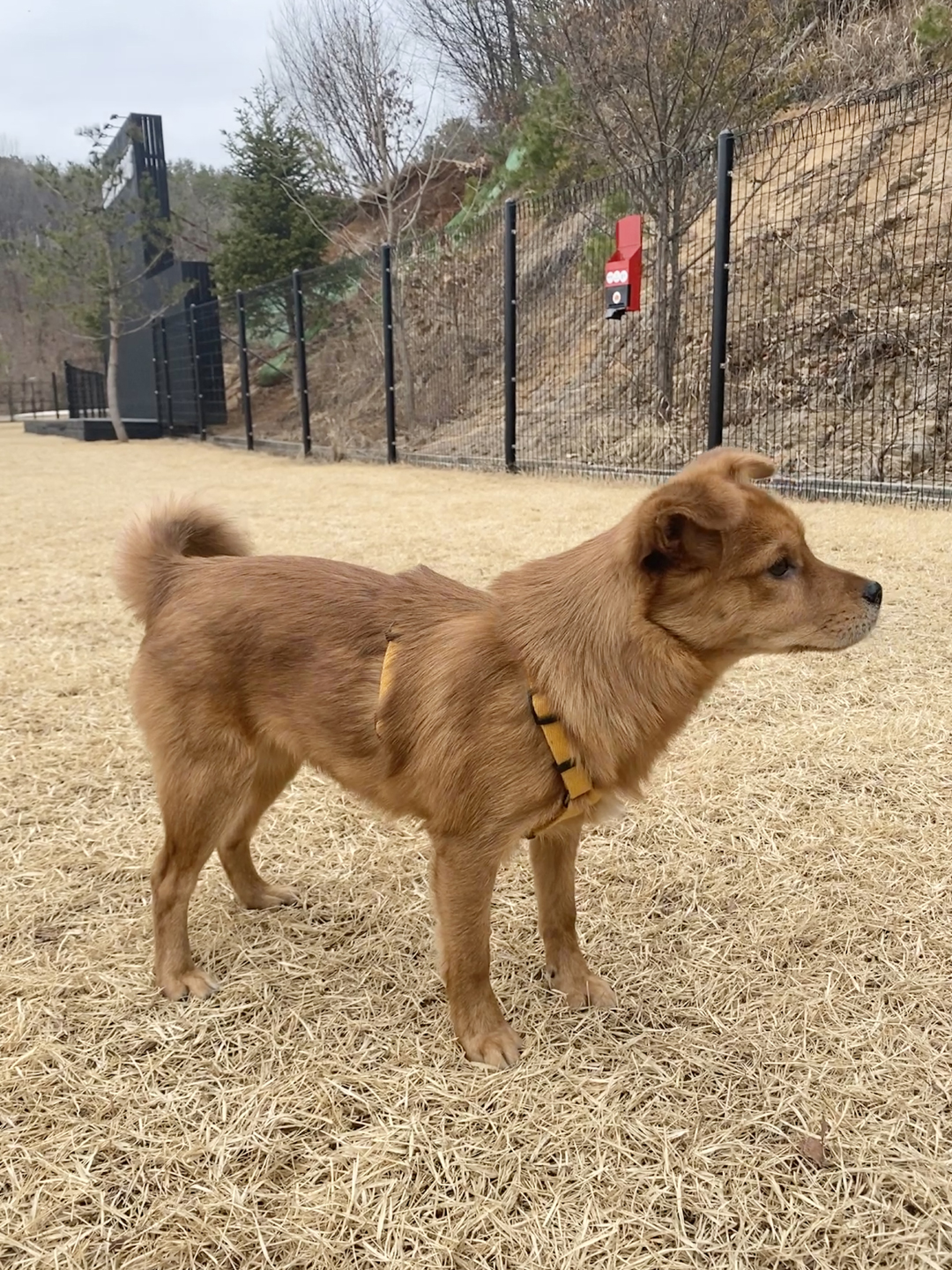 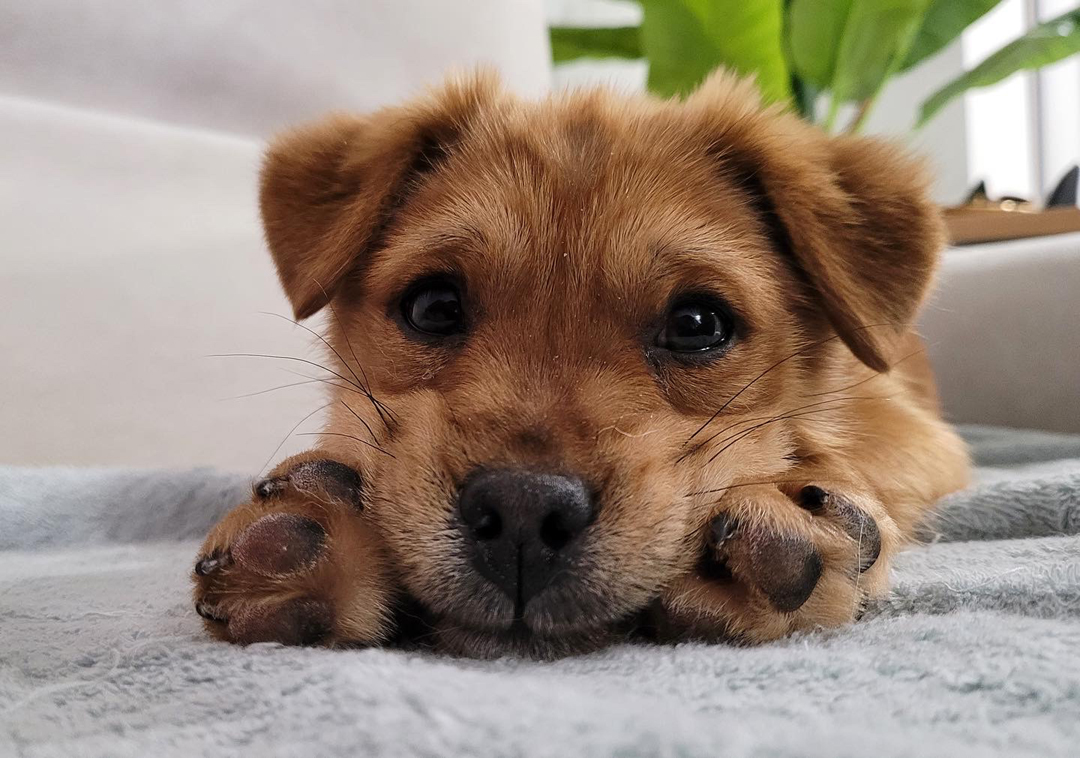 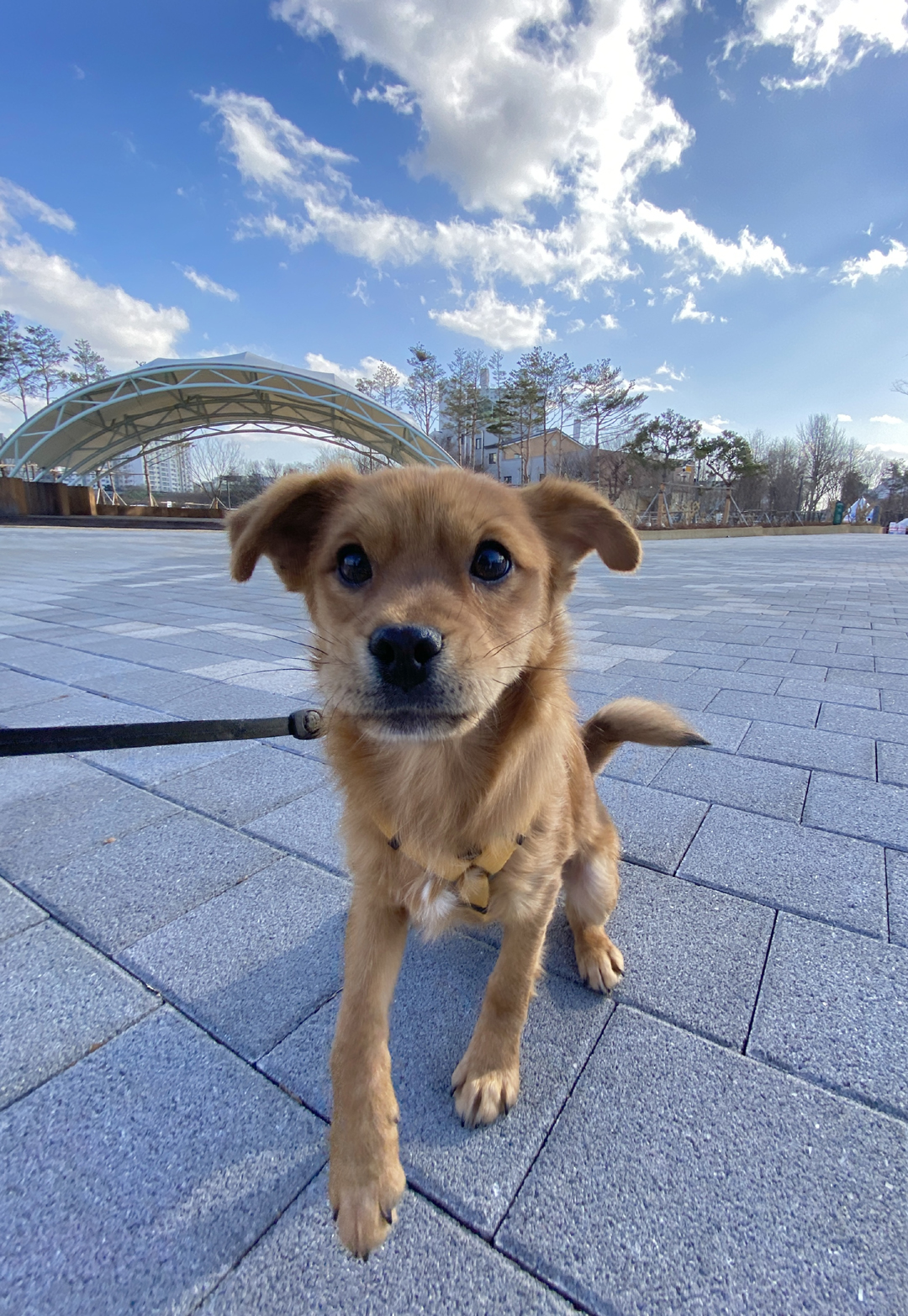 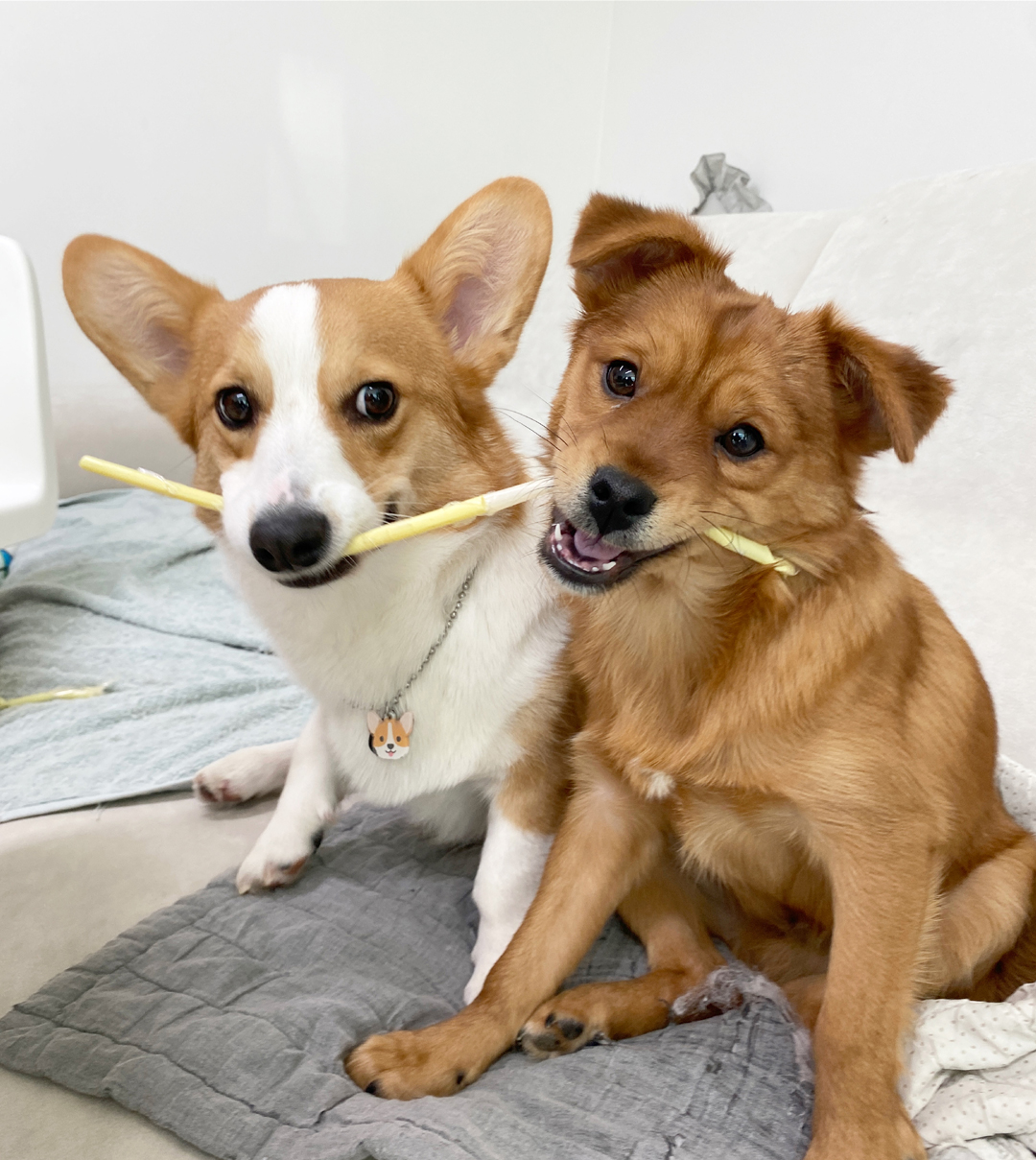 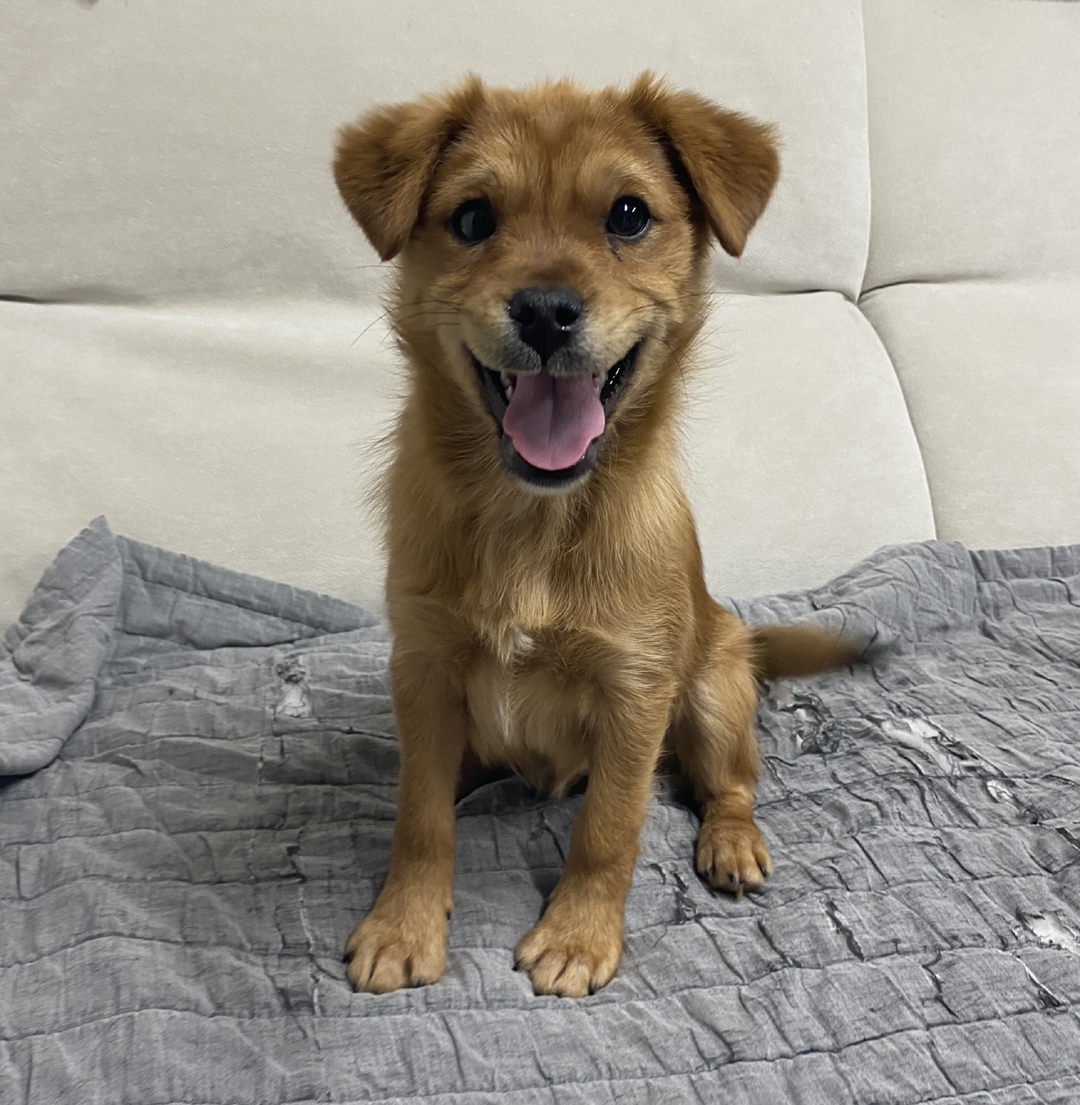 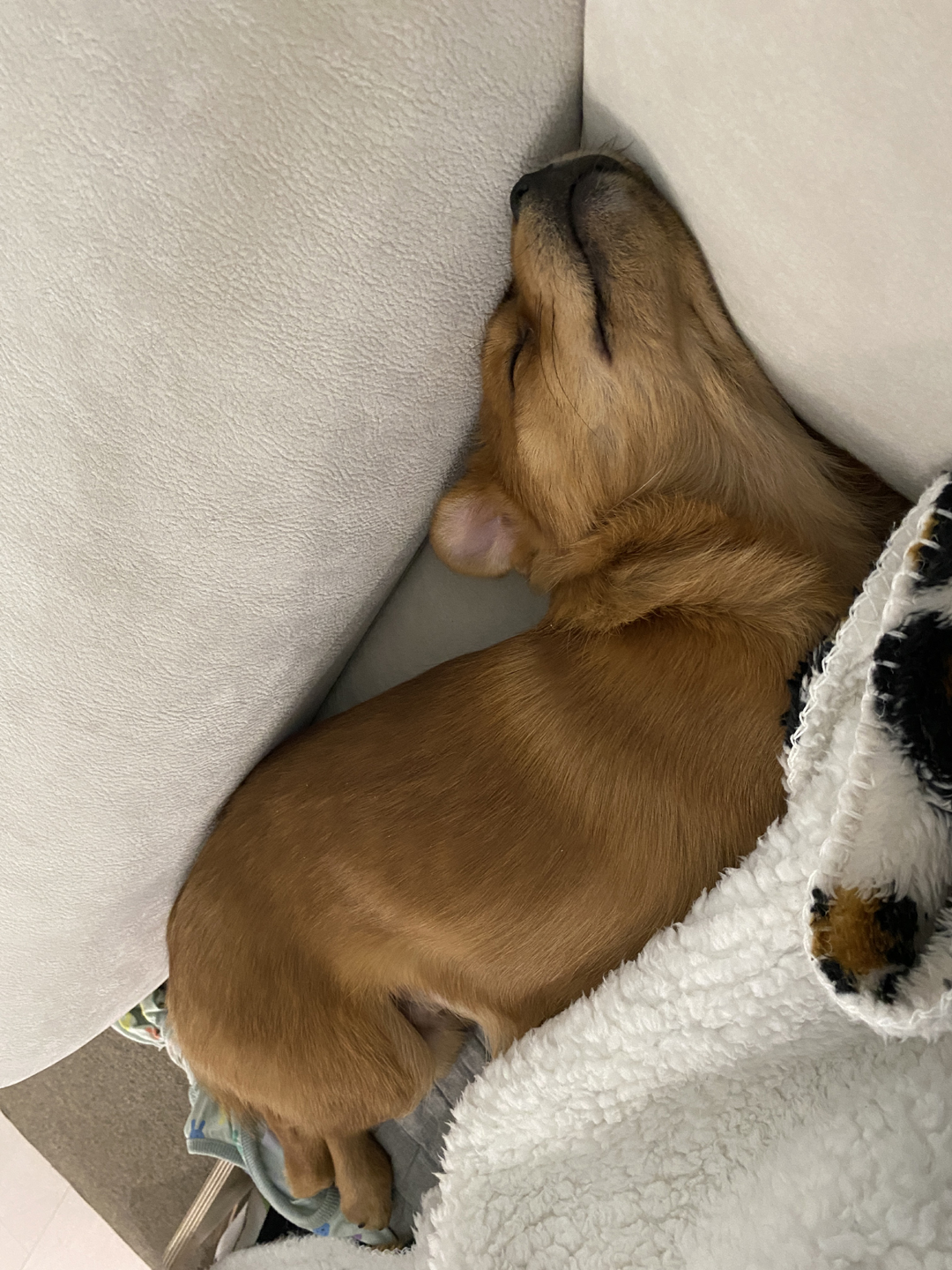 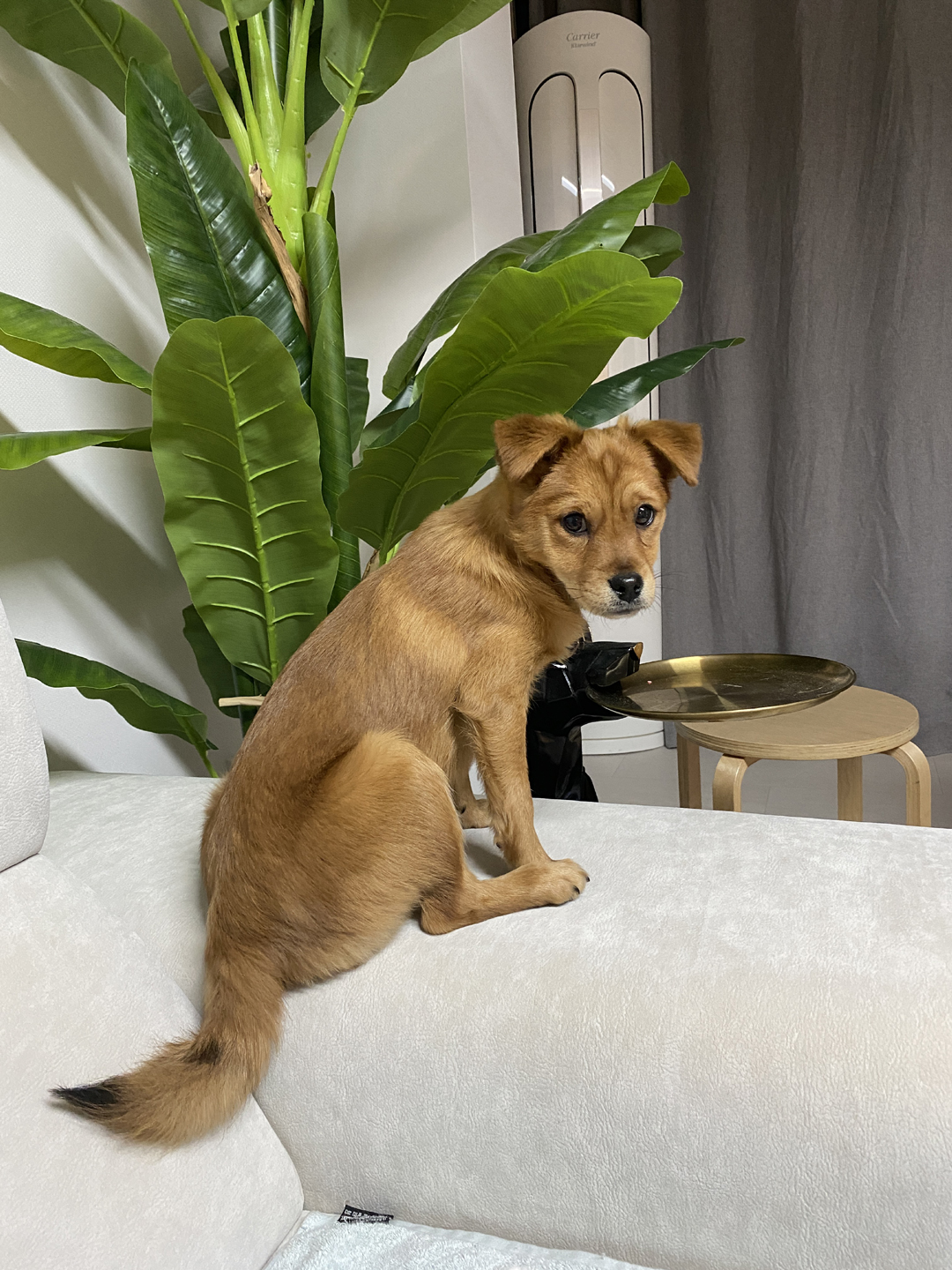 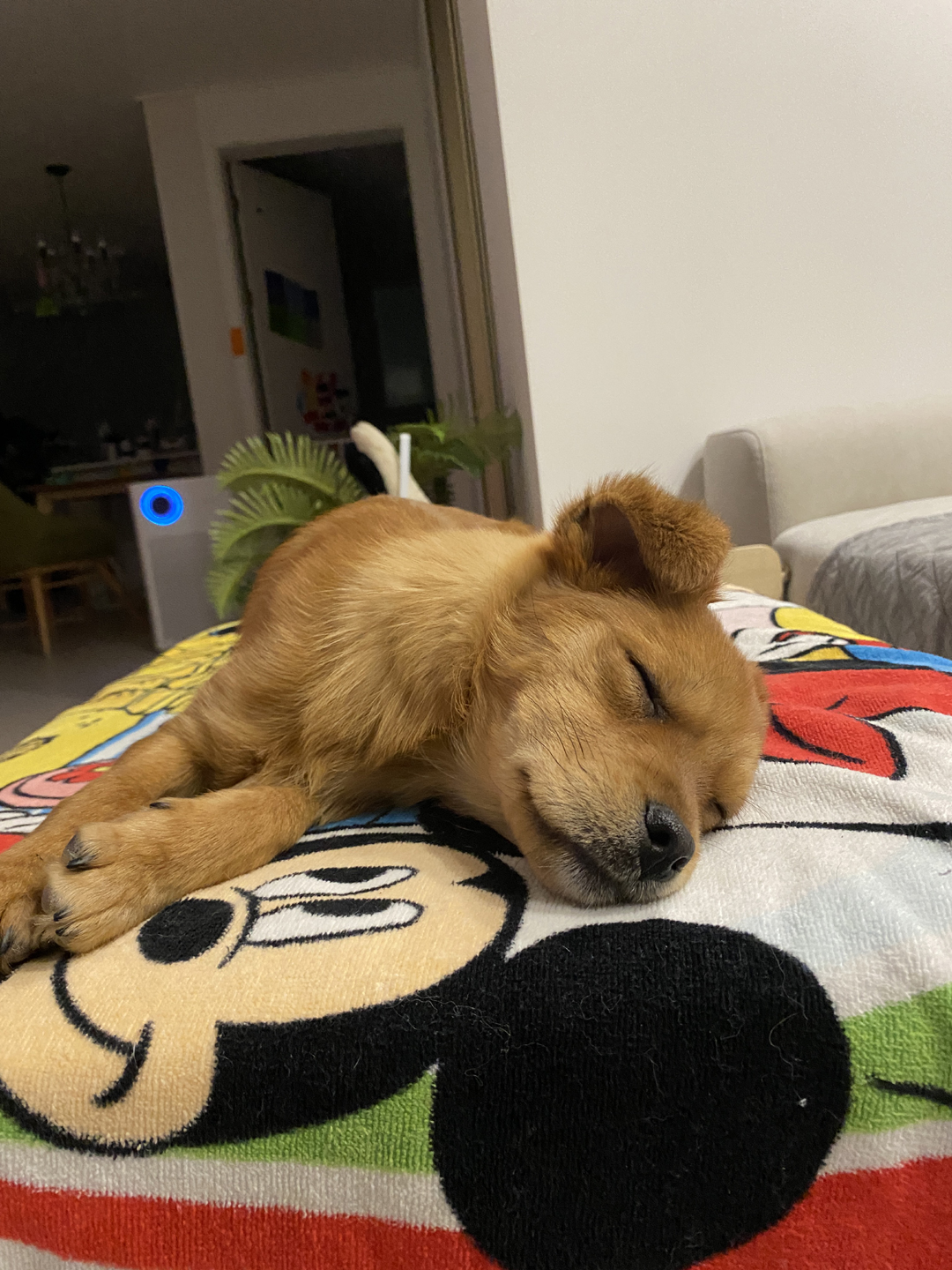 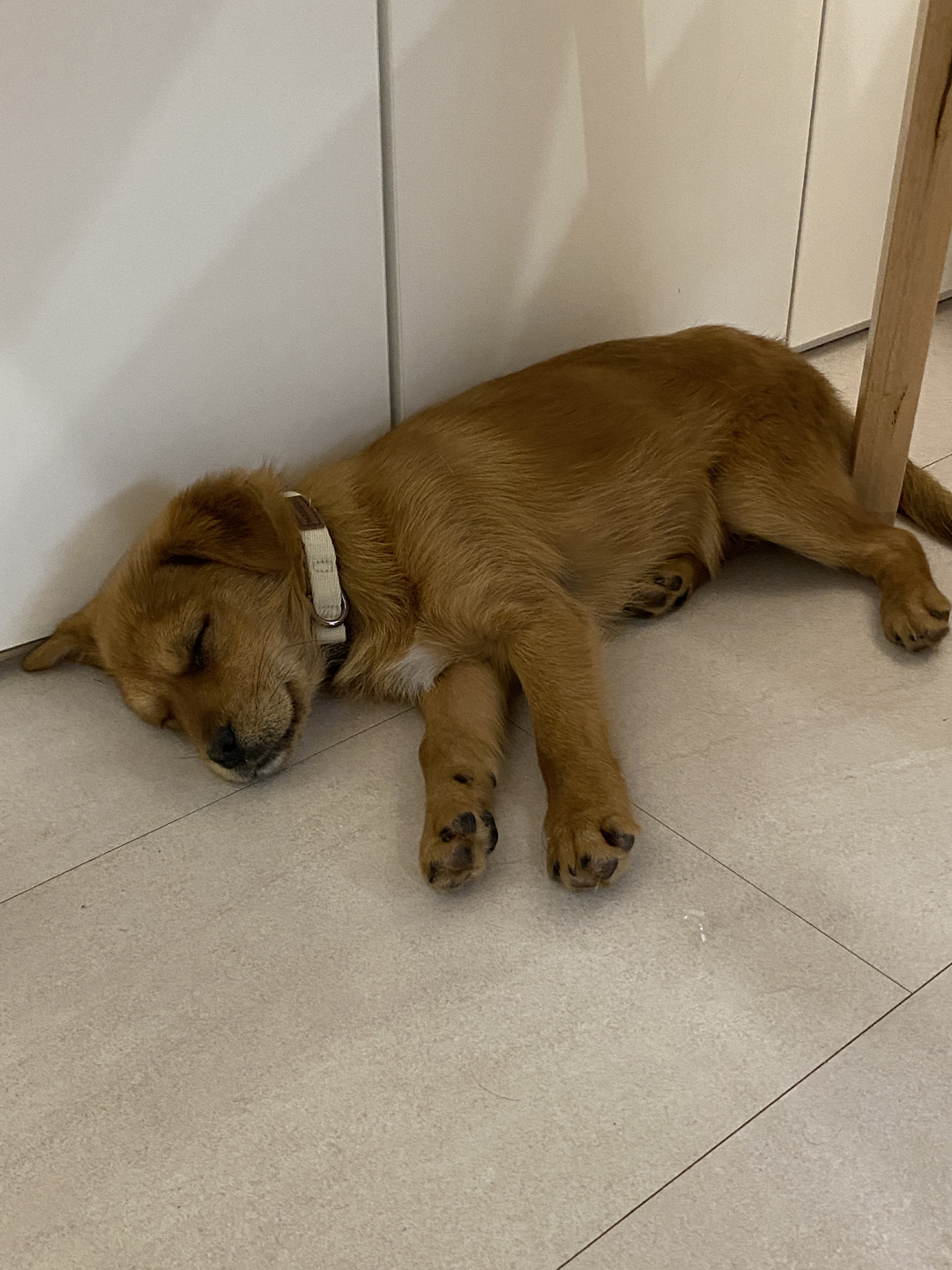 Rescue story
Rico was part of a litter of pups born to a mother who was abandoned by her family on Ganghwa Island. Mom and pups were homeless, but were being fed by a local resident. When he was found, he was suffering from a skin disease, and was brought in for treatment, then found a foster home where he has been recovering.

Ideal family
He is gentle and he would be a great fit in family who can give him a lot of love and attention. He is small in size, and will be fine in an urban environment. He would be fine with other dogs of similar size.

With dogs
He tends to be a bit cautious around other dogs, sometimes even trying to hide from them. He is especially afraid of big dogs. With a dog of similar size, after a while, he will relax and want to interact with them without much issues, and he will develop more social skills in the future.

With humans
Initially he may be reluctant to approach, and even shy away from strangers, bu he is willing to be touched when he is ready. The key is to be patient and wait for him - you shouldn’t approach first, but give him a safe distance. Once he opens up, he will become attached to you. With his current foster mom, Rico falls asleep where mom is standing, sitting down or next to.

With cats
He has not been together with cats on the same space, but he doesn’t appear interested when he encounters them outside.

Energy level
He sleeps a lot, as he’s still a puppy. Maybe it’s because he is still adjusting to having a home of his own, and he is still a little scared of taking walks outside. He doesn’t seem to want to get out every day. When he does, if he walks for more than an hour, he is exhausted.

Shedding/barking
Minimum shedding. He does not tend to bark in the house, even when left alone. If the other dog in the house barks, he’ll bark after them but only a few times.

Needs help with
He is very afraid of unfamiliar environments. He also reacts to sudden moves towards him - you need to approach him slowly and gently.

Health issues
Because of the extensive scabbing from his skin disease, flakes are loosened and shed frequently. He is recovering, but you will need to take care of his skin. He also suffers a lot from motion sickness when in a car.