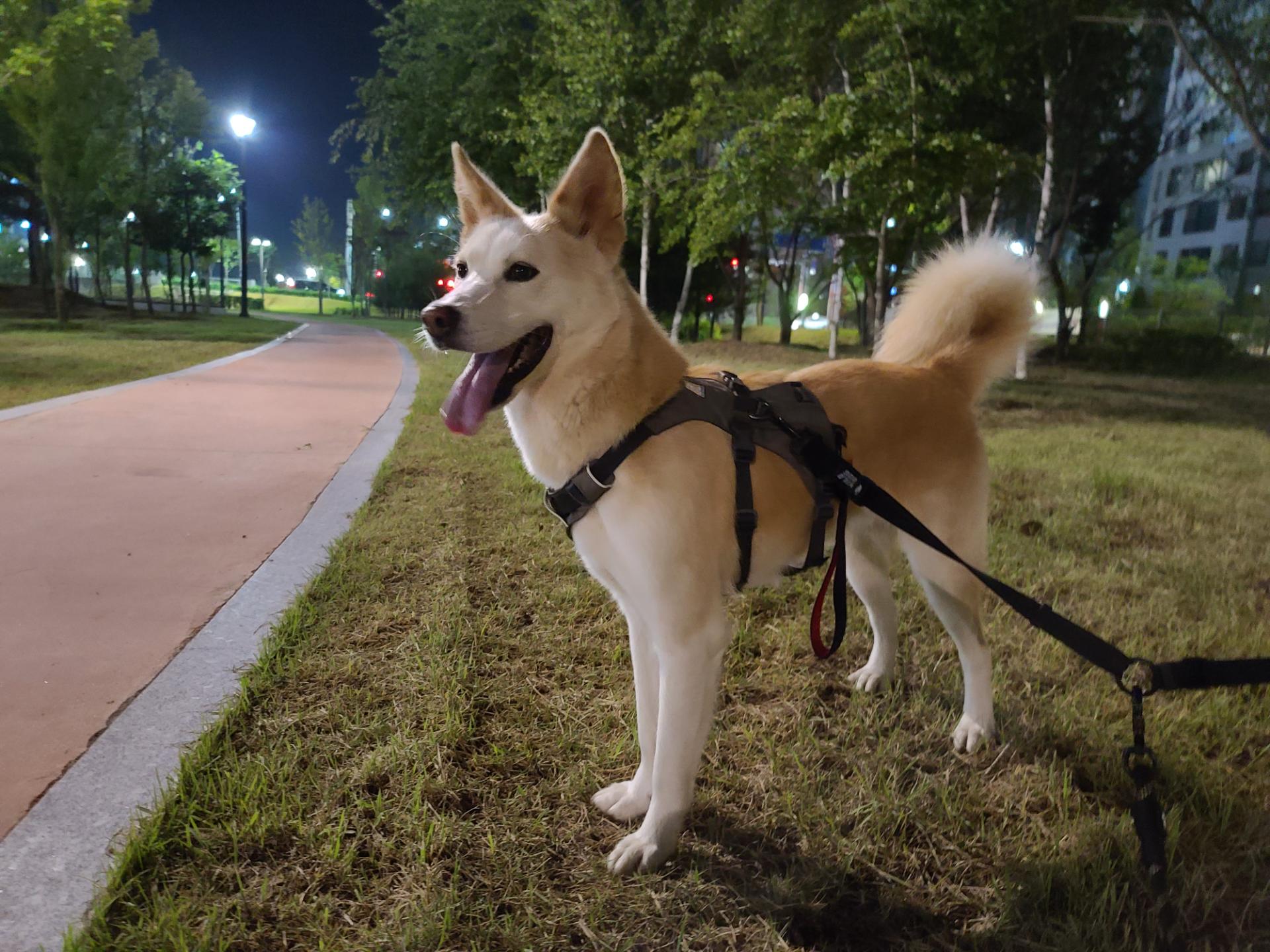 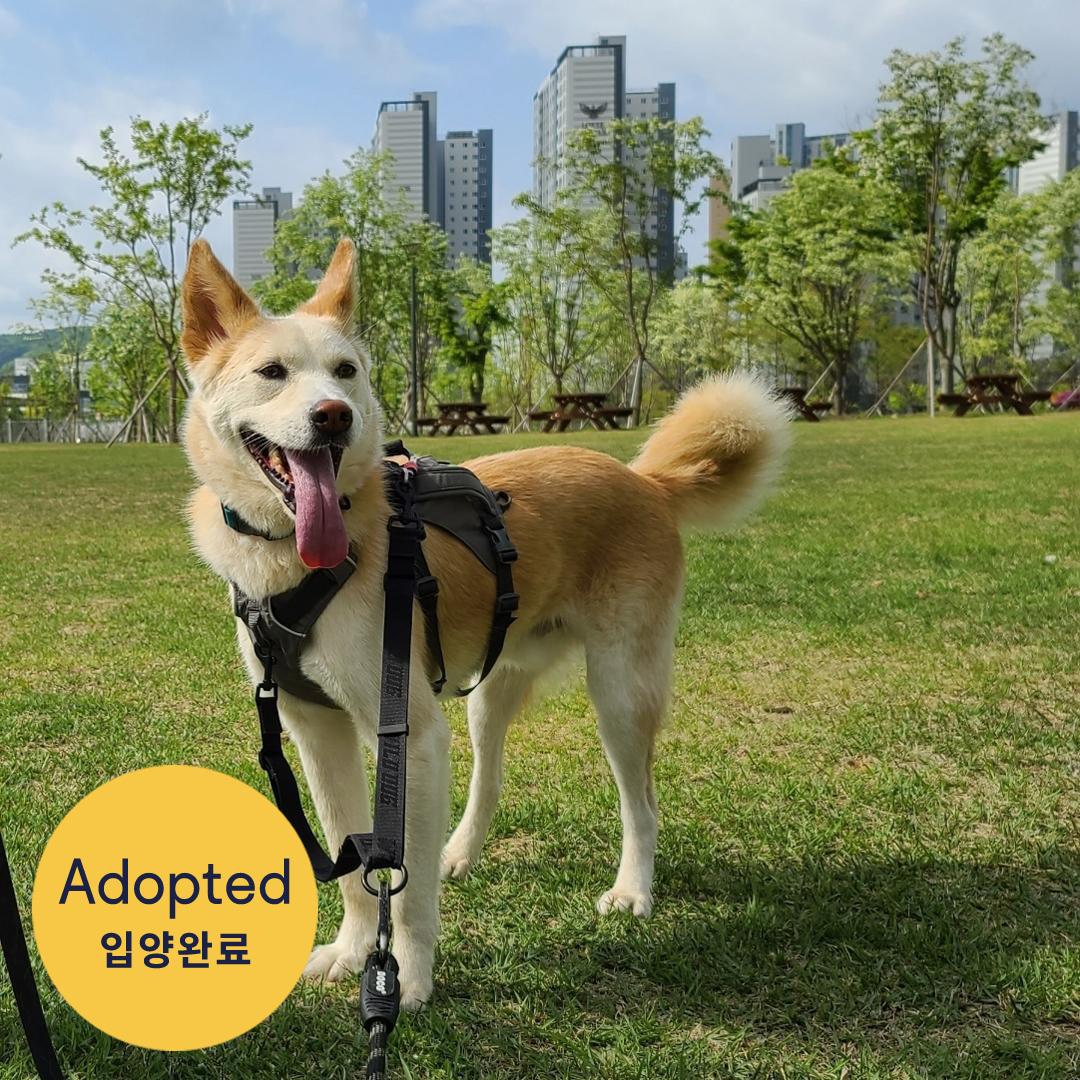 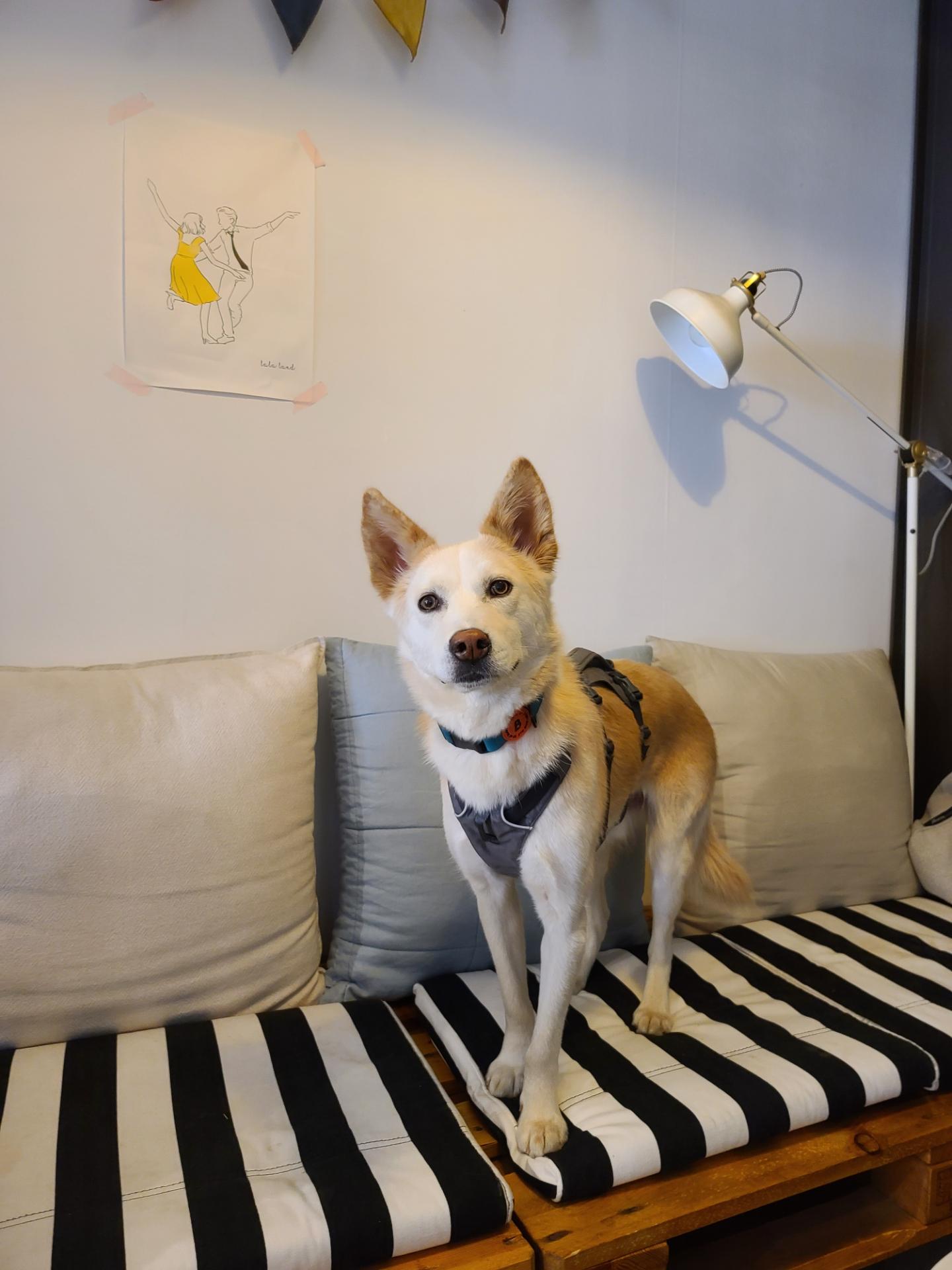 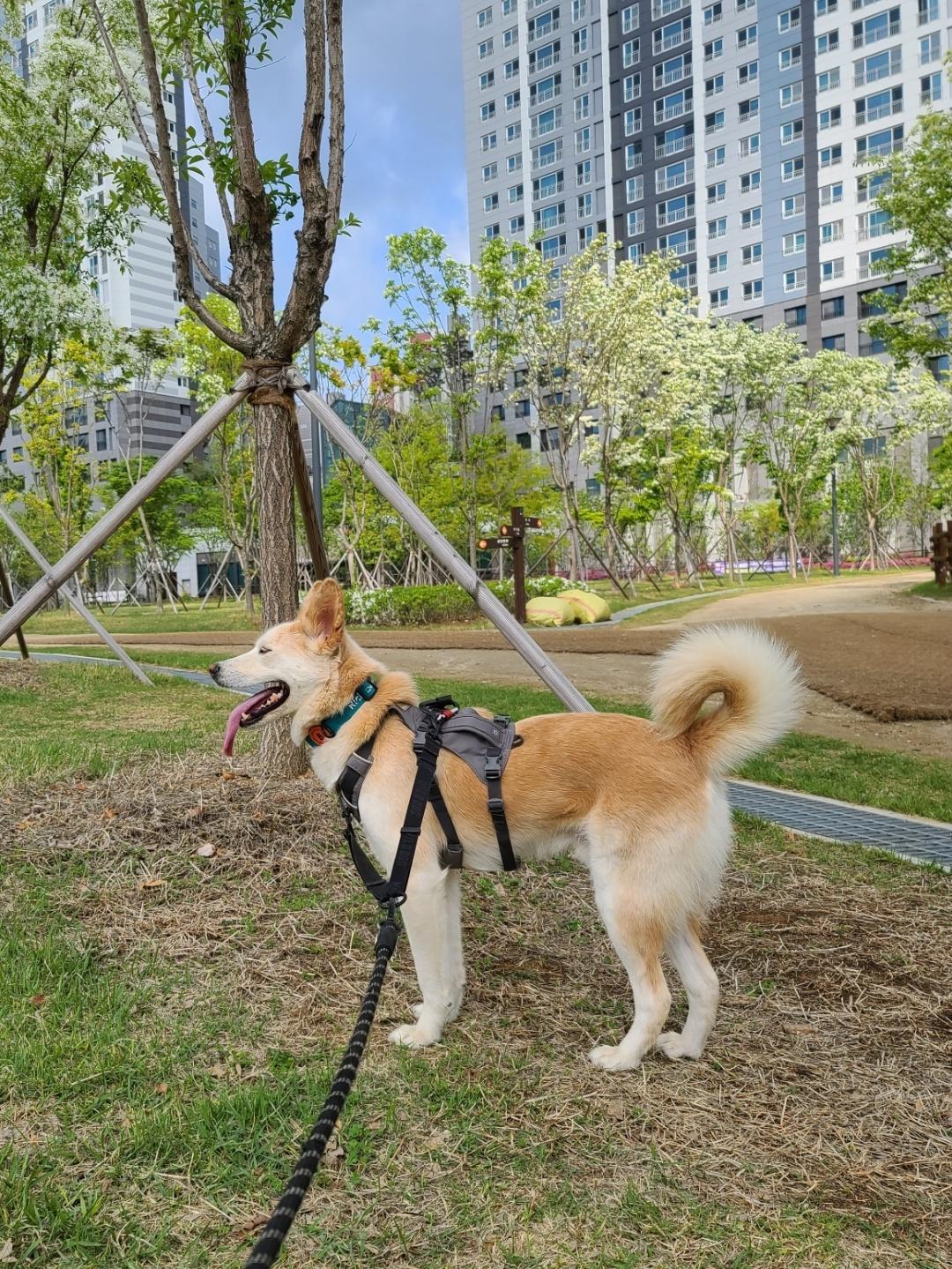 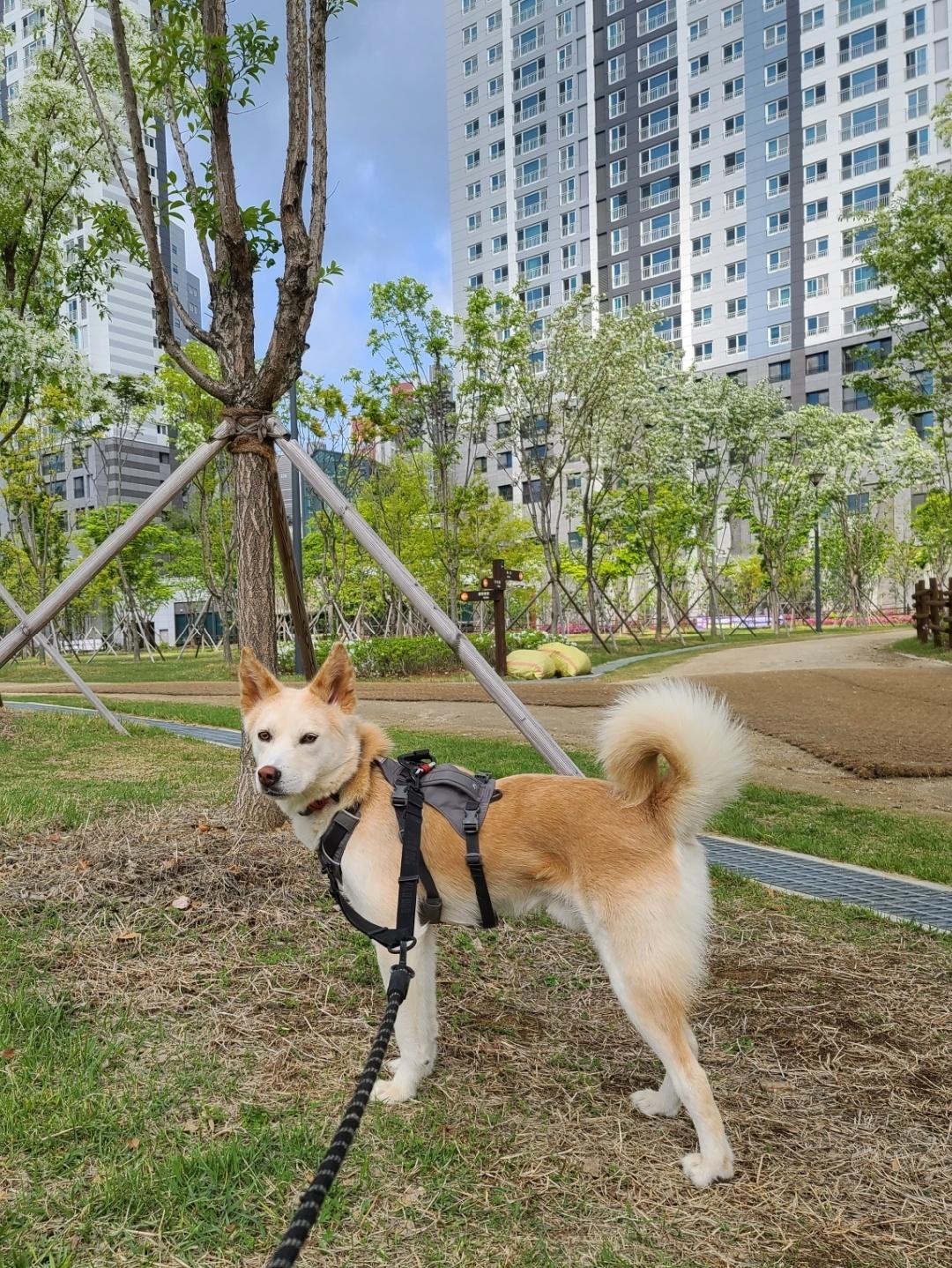 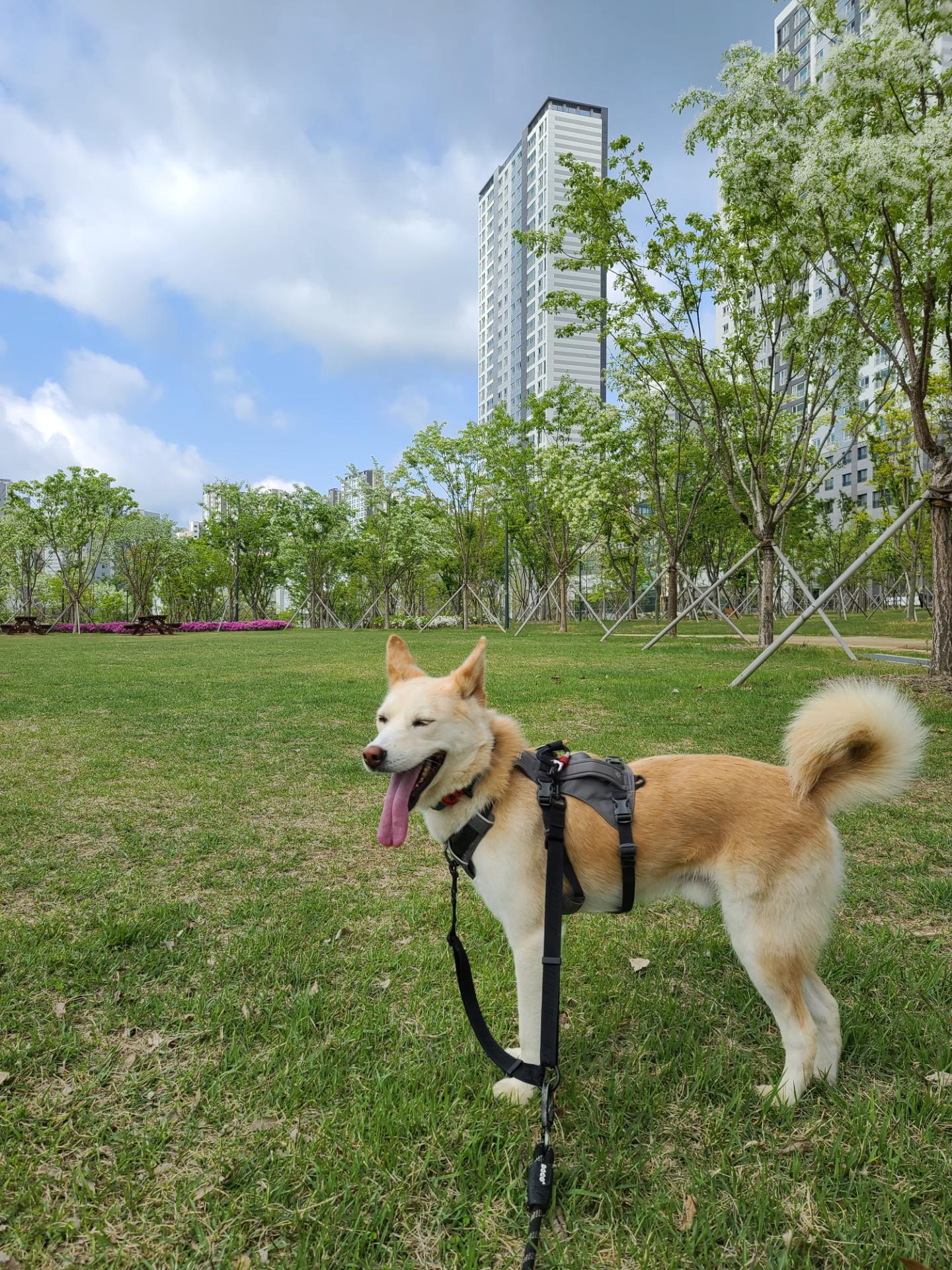 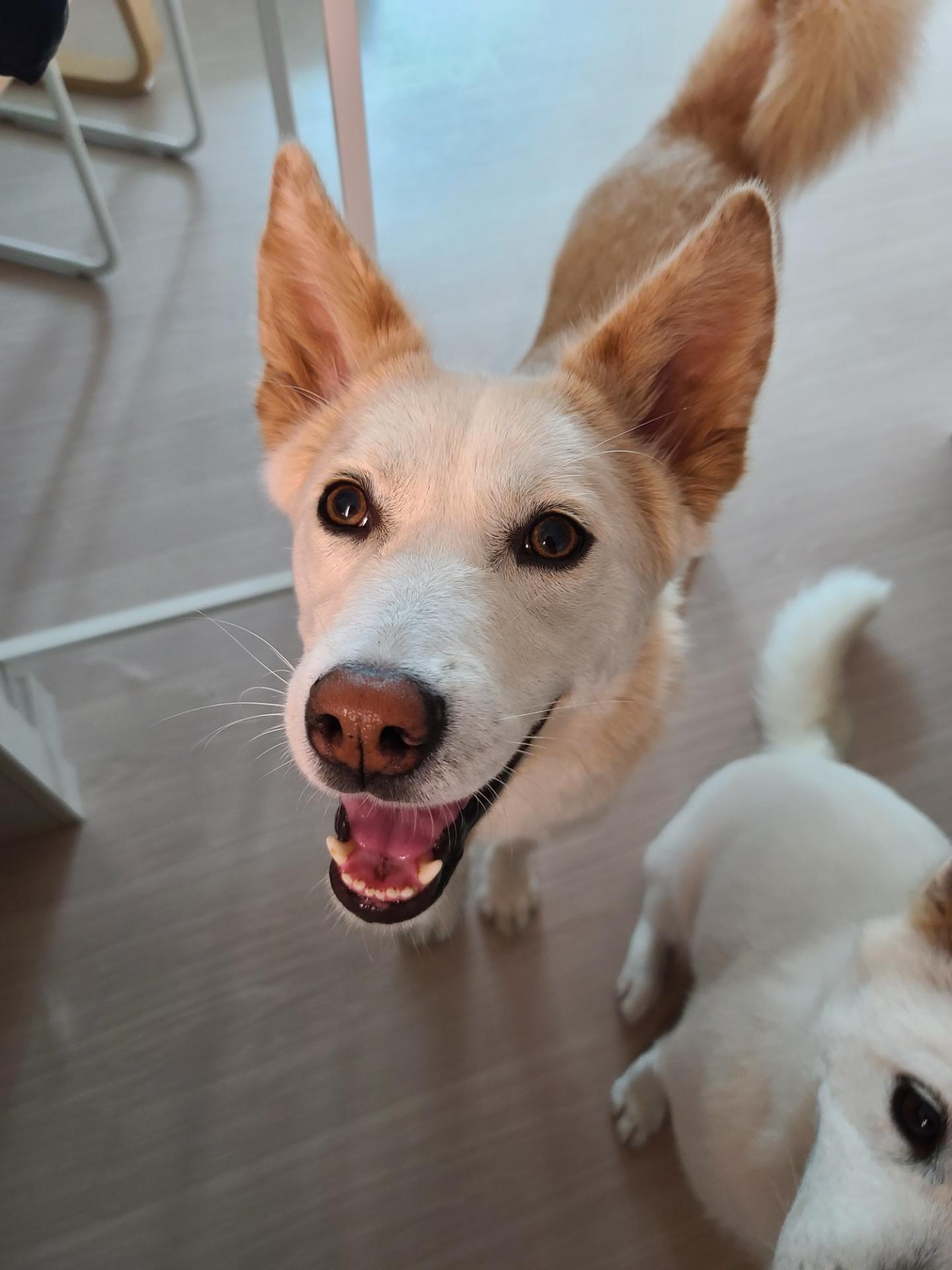 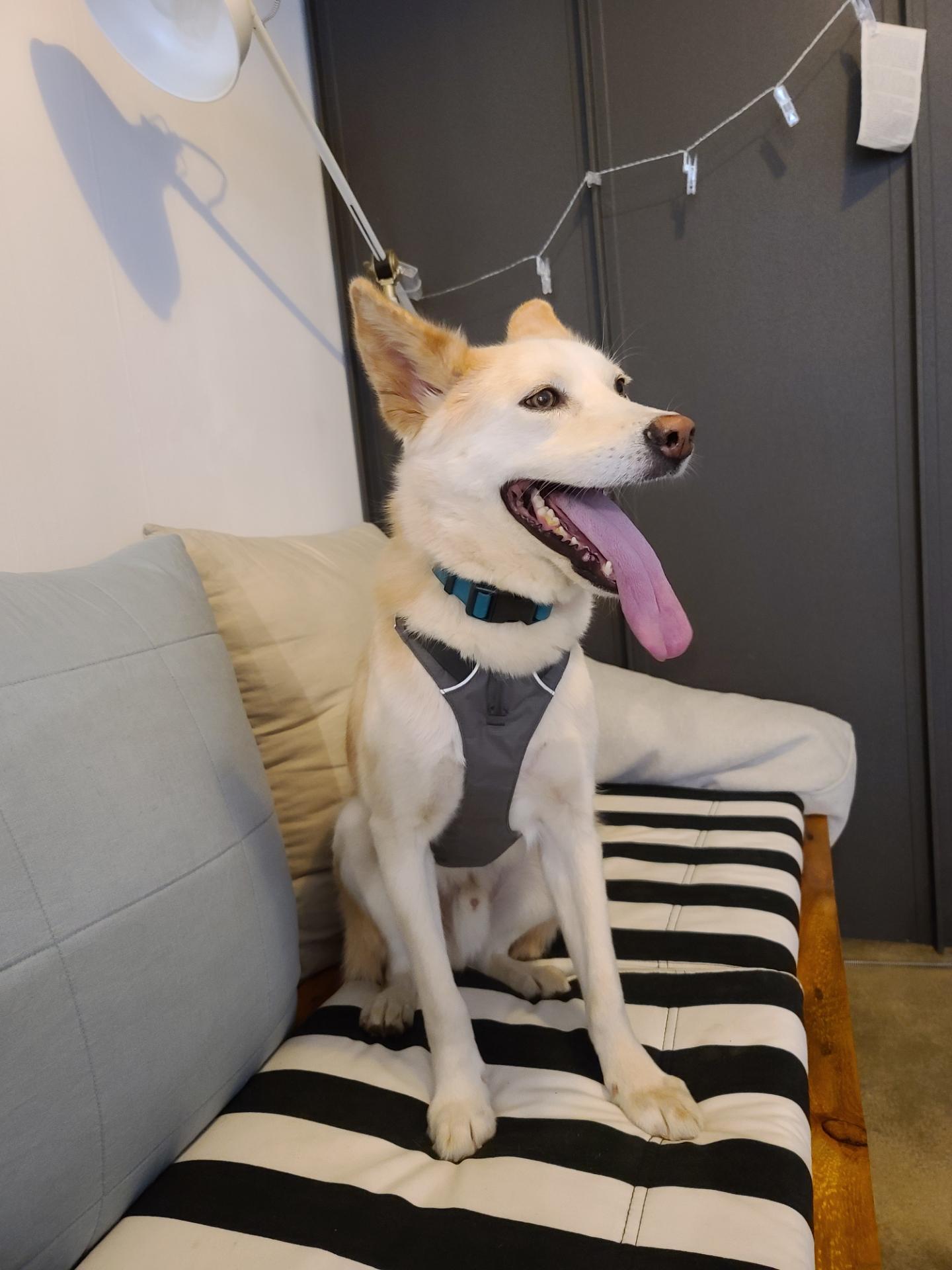 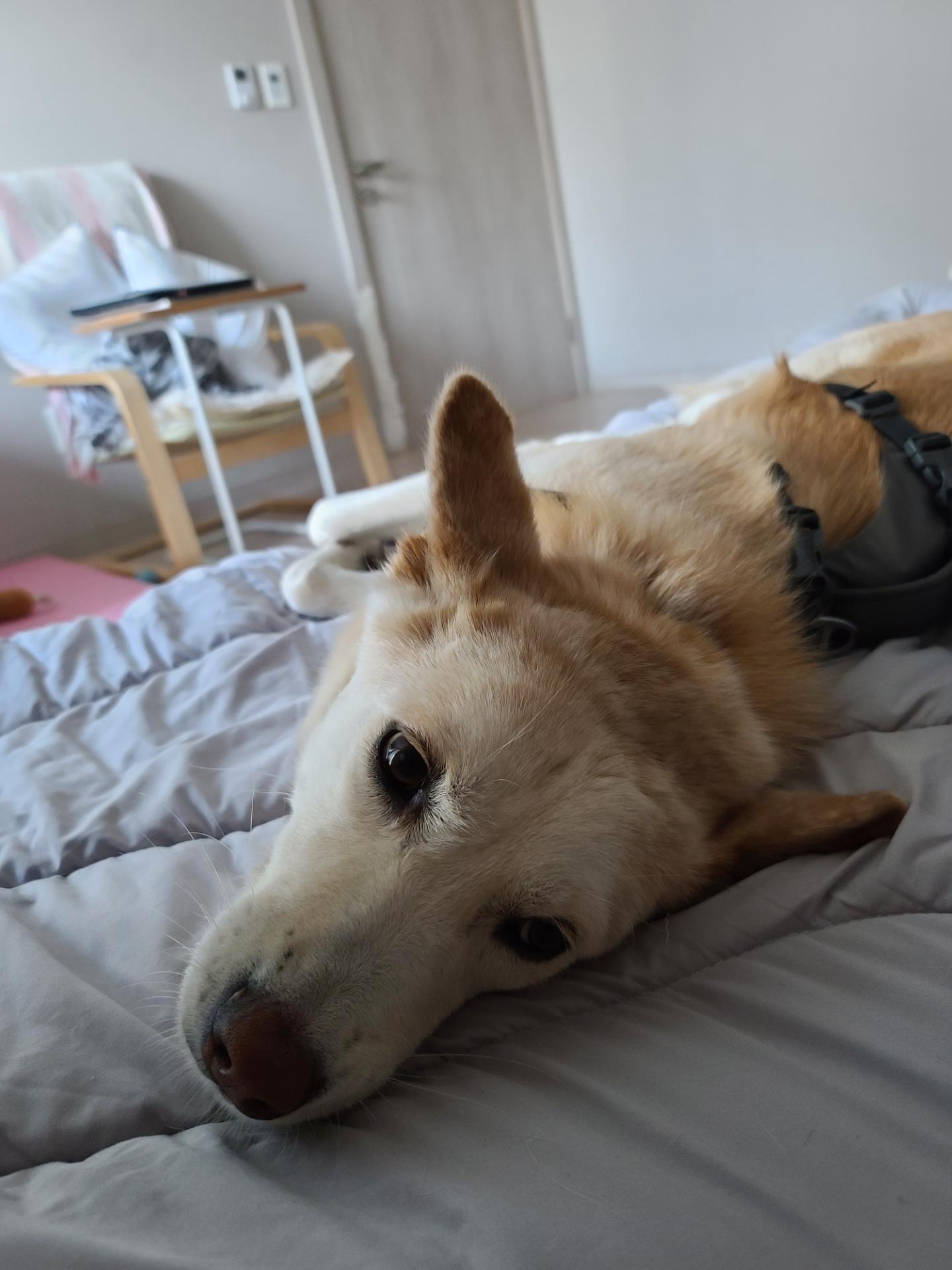 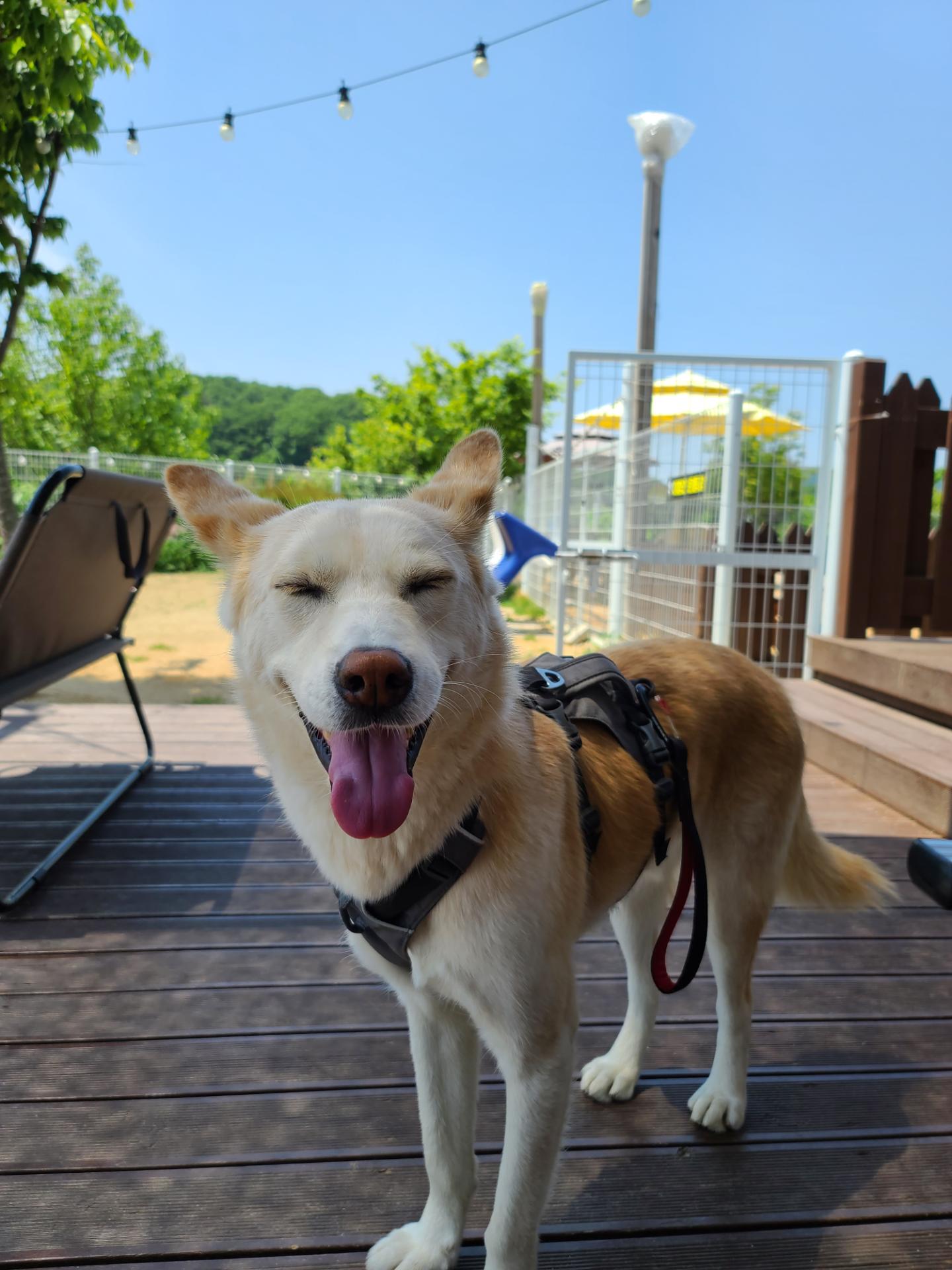 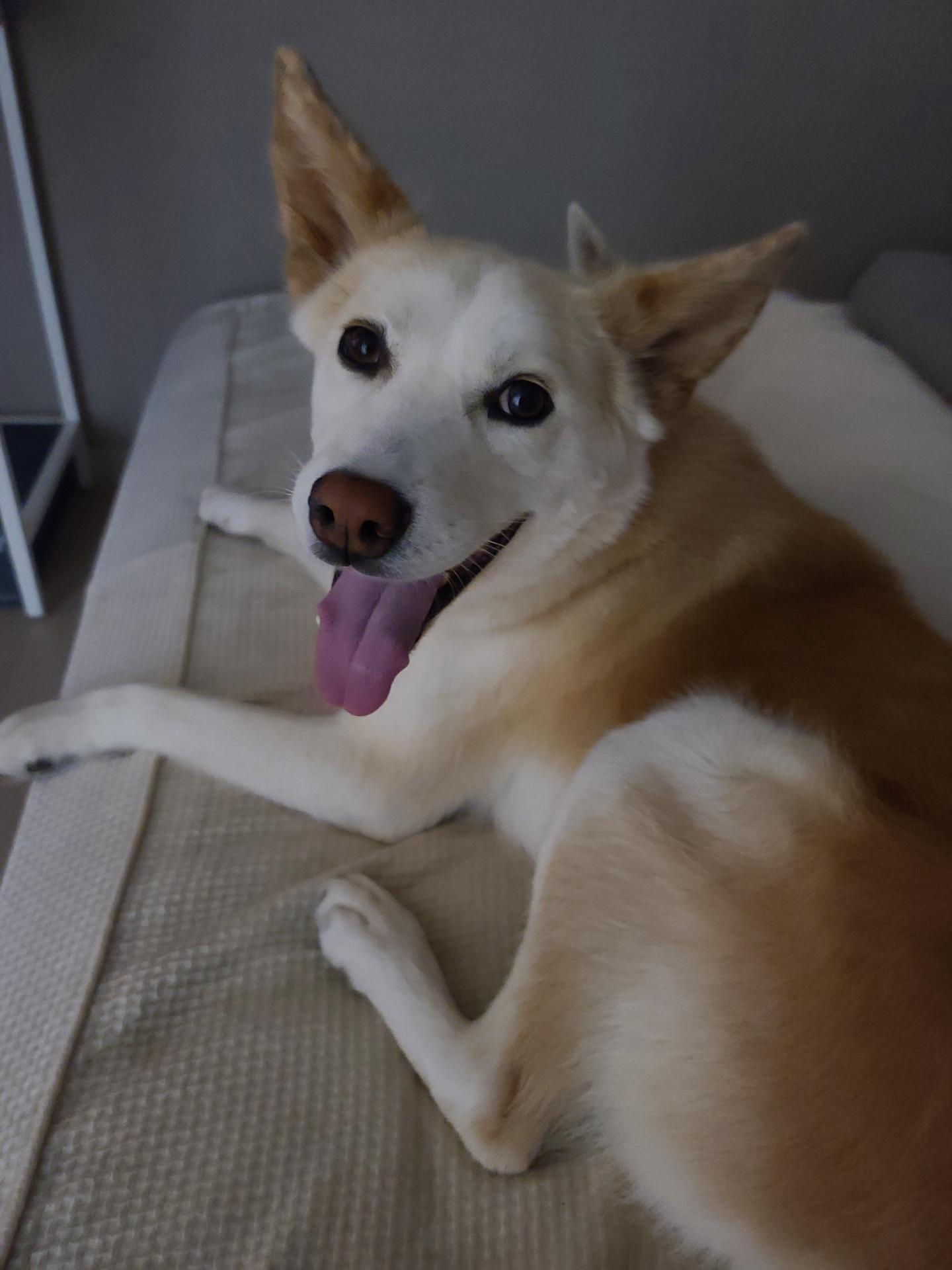 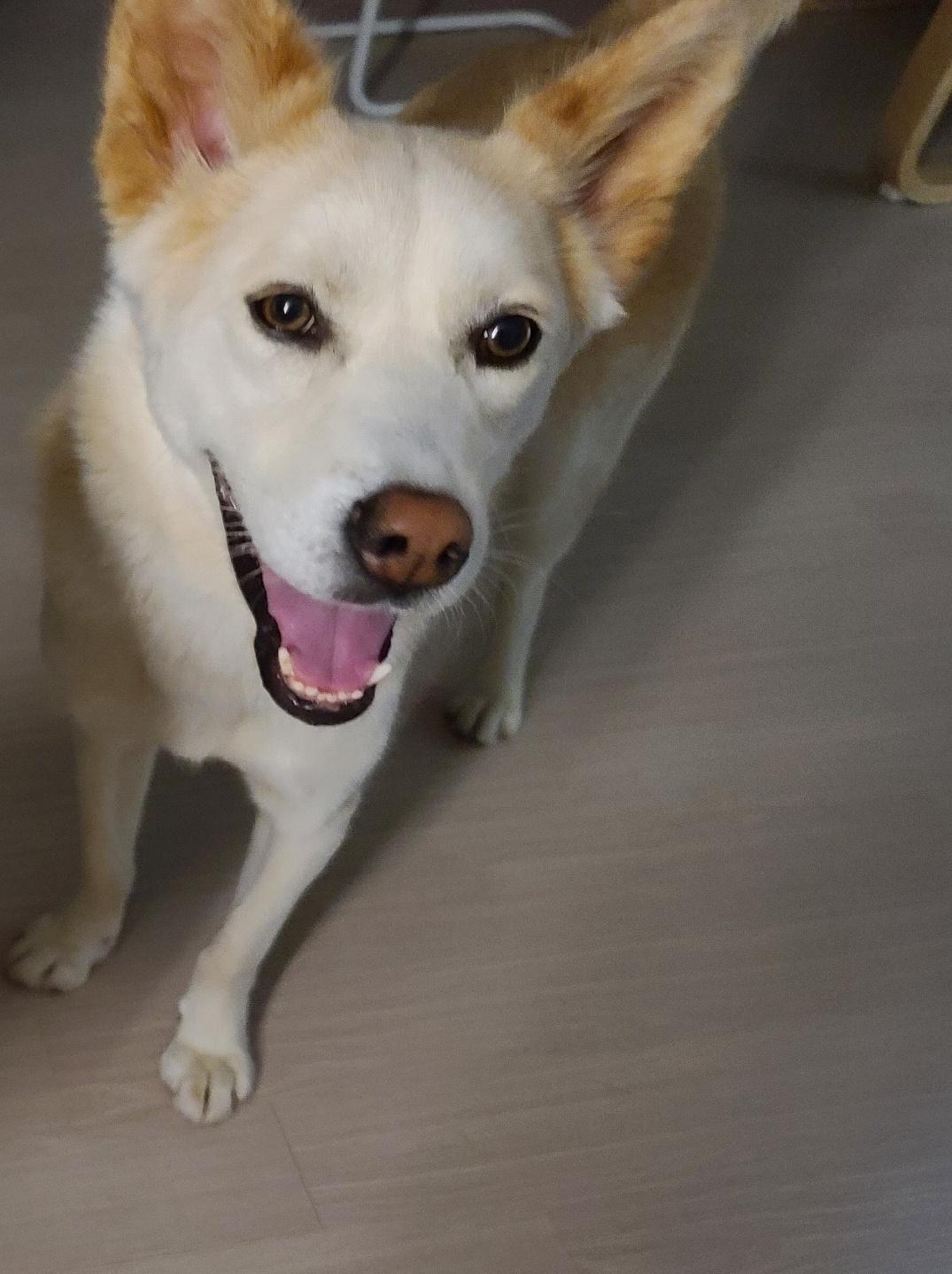 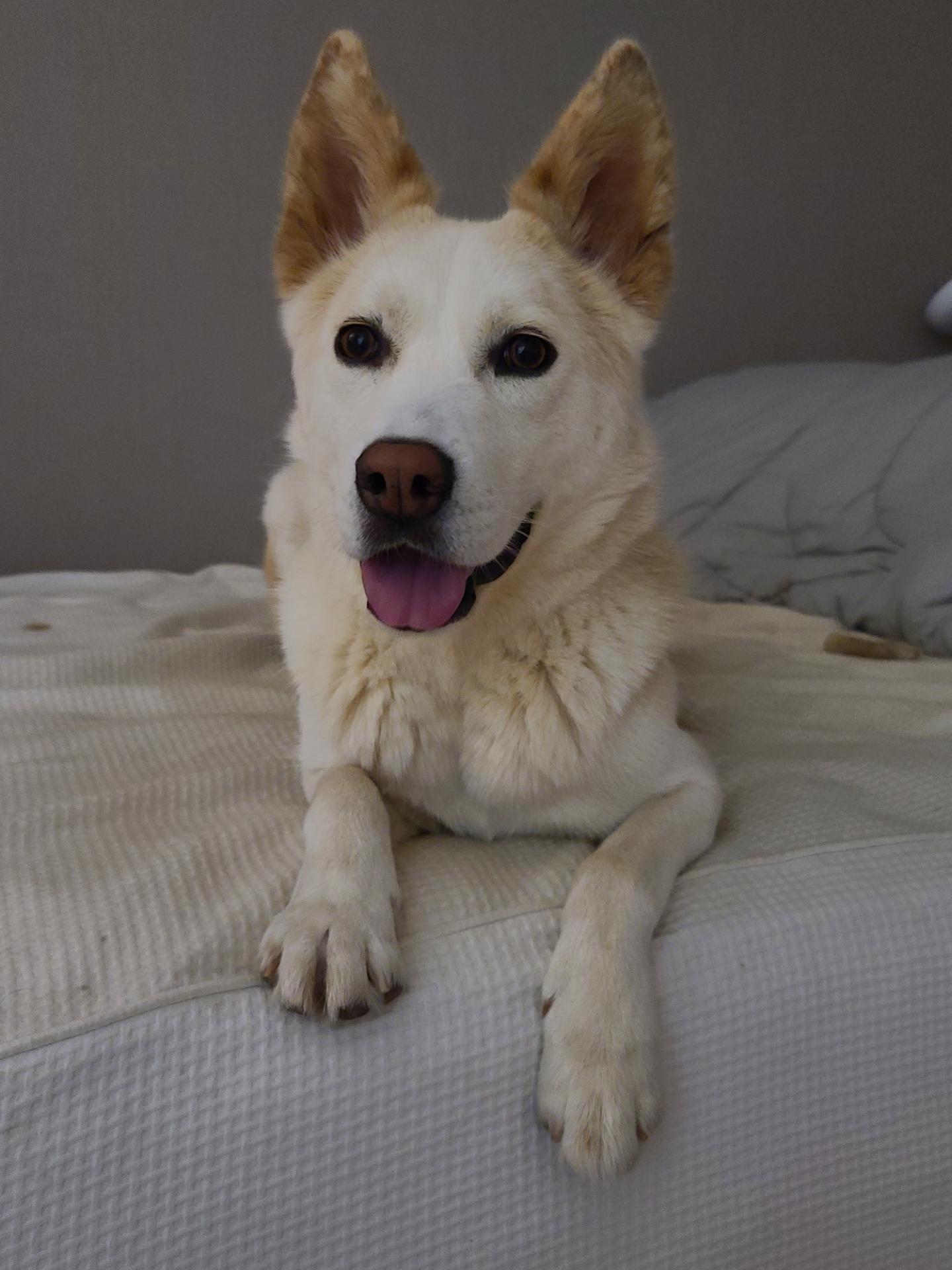 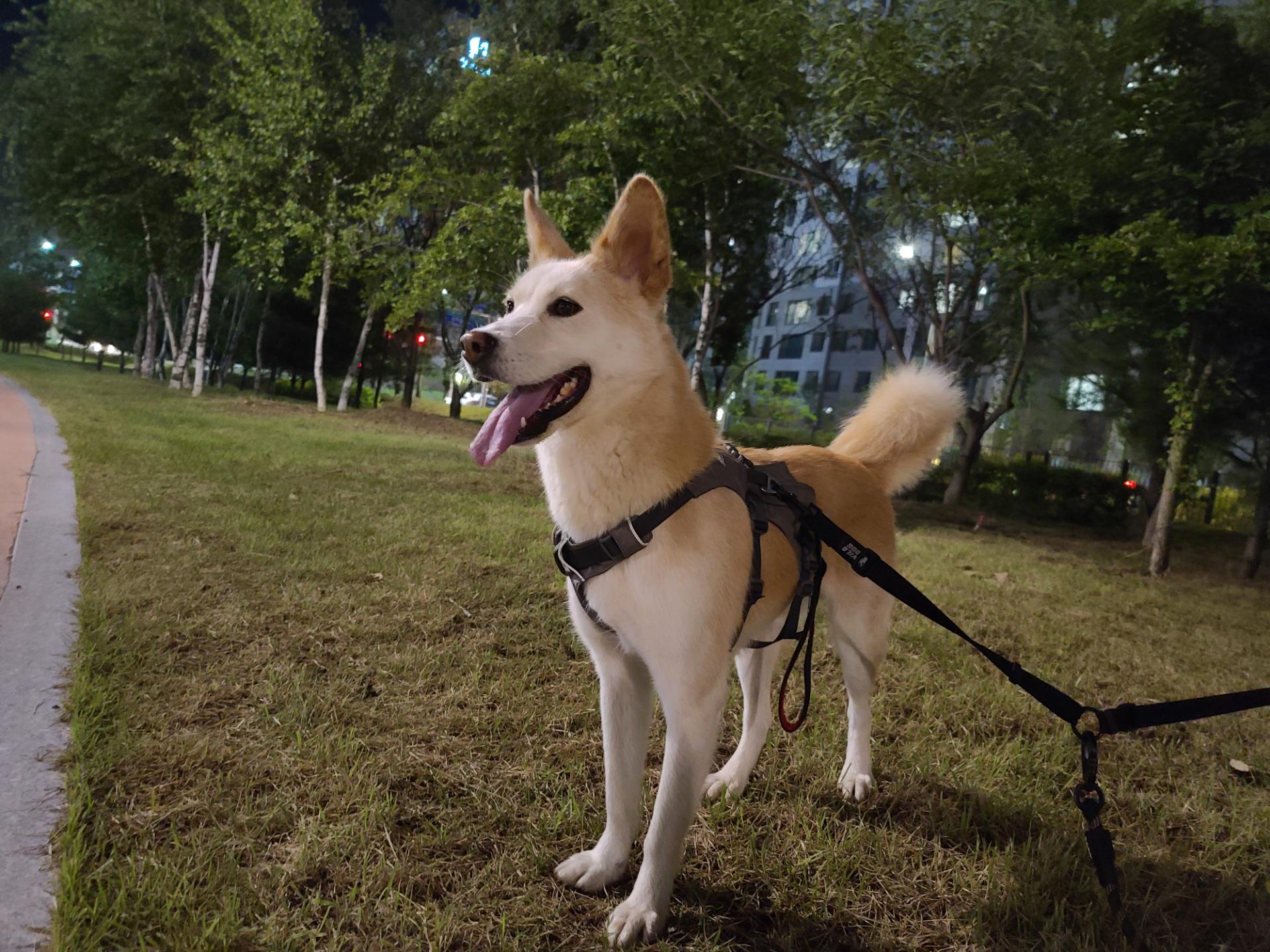 Rescue Background
Pepsi is a bouncy little kid, just a year and a half old, a mix of Jindo and Husky. He was rescued from the Siheung Dog Farm.

Ideal Family
Pepsi learns by watching other dogs, so we think it would be better to go to a home with other dogs who are well trained and behaved. Since Pepsi seems to like dogs more than people, a multi-dog family might give him lots of good company. This may also help him learn how to get along with his human family. However, it might be better if he goes to a home without too many children - Pepsi needs a bit more time to get used to them.

With Humans
Pepsi is recovering from the trauma of his past life, and is still very afraid of people. You would need to give him time and space, and either let him come to you, or approach him slowly. If he gets to know someone, after seeing them a few times, he will sometimes come to smell you - if you pass the sniff test he’s fine around you.

With Dogs
Pepsi is still a bit shy, but he gets used to new company after a few meetings - he will start approaching to say hello. Pepsi is a good member of a pack, and has never been aggressive towards other dogs. In fact, he is a bit timid, even with much smaller dogs - Pepsi is a little bit scared and runs away. He is the most adorable big chicken that you will ever see.

With Cats
He’s never been together with a cat in the same space, but based on his reaction when he sees them outside from a distance, we think he'll probably want to go after them.

Energy Level
Because Pepsi is still young, and we think he is part-husky, he is very active. He will want to play with other dogs in the home. When he gets excited, like going outside for a walk, he will run around in circles. He will need to be walked at least a couple times a day, including once for at least an hour.

Shedding/barking
There is some shedding, but it's manageable. He doesn't bark much outside, but sometimes he barks when he is inside to protect the house. If he gets too excited inside, when he is playing, he will also vocalize a bit - possibly the husky in him? He has got a good voice, and he will need training to learn how to control himself a bit.

Needs help with
Pepsi is still very wary of people, so it will be important to get him more socialized and teach him how to react to people. But all he needs is time - he will come to understand that people will approach him with kindness. His new family needs to help him make up for lost time from his captivity when he was younger, and be willing to expose him to new experiences and train him consistently.

Health Specifics
He has a small white dot in his right eye. It hasn’t gotten any bigger, and it doesn't seem to cause him any discomfort.