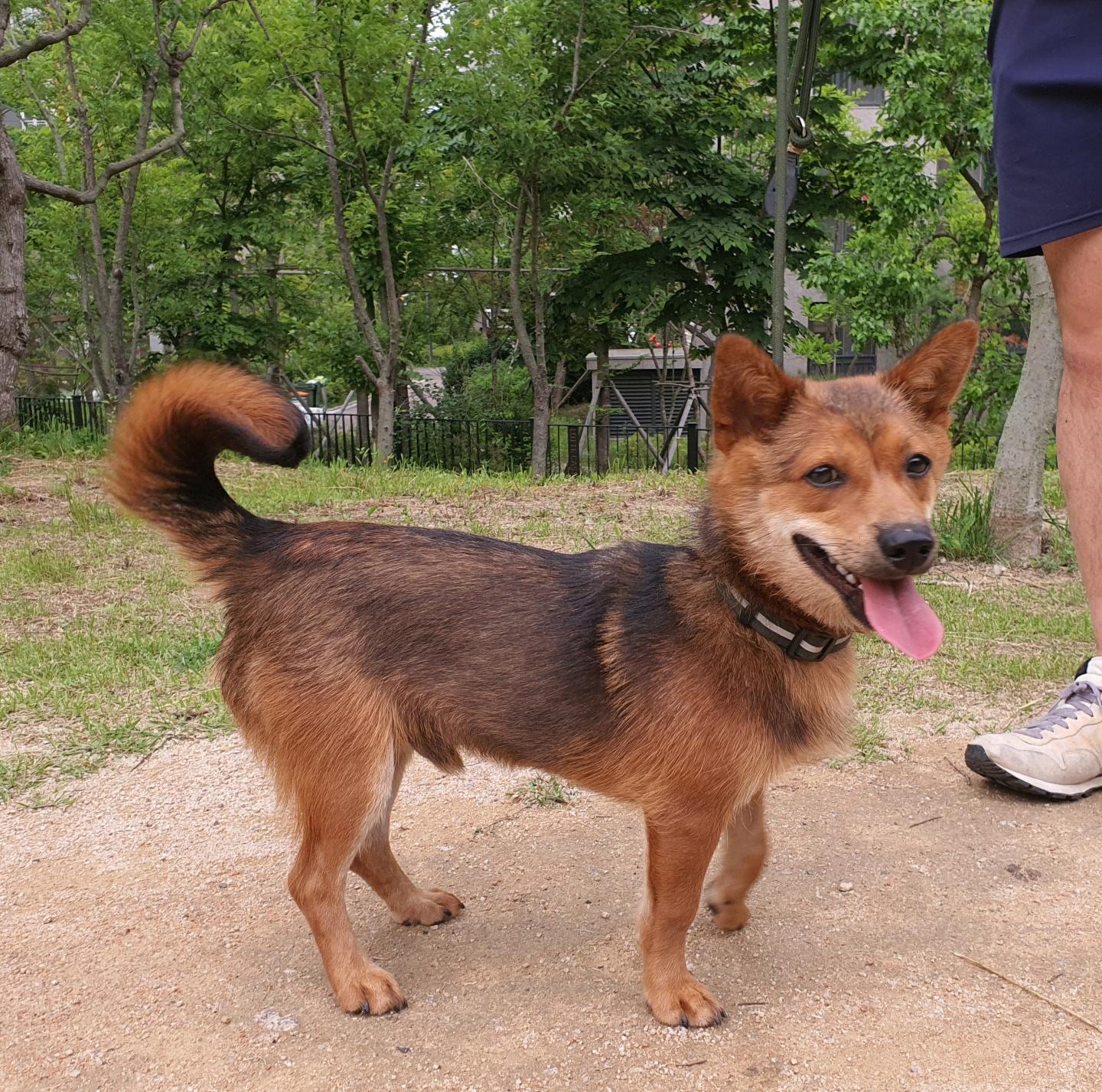 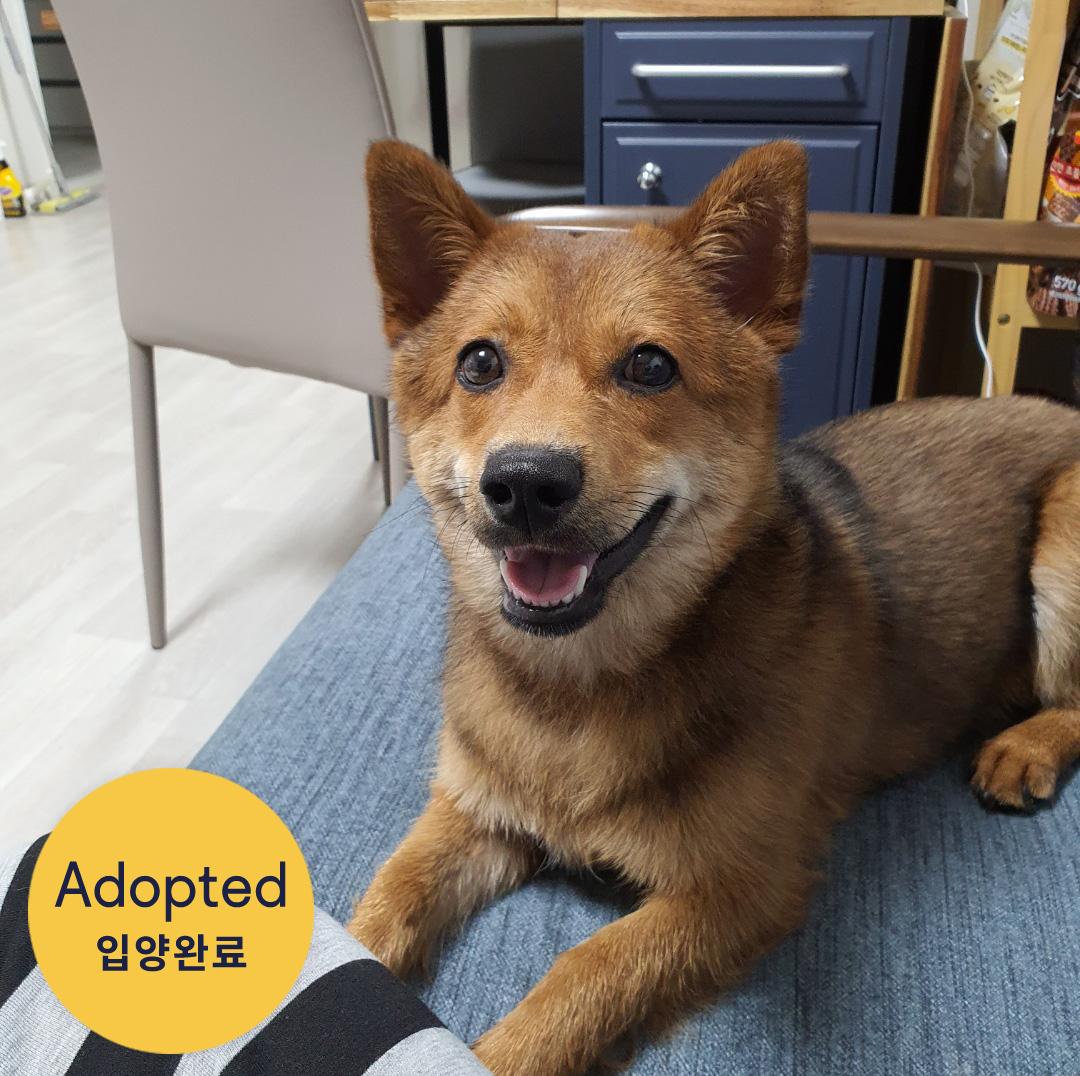 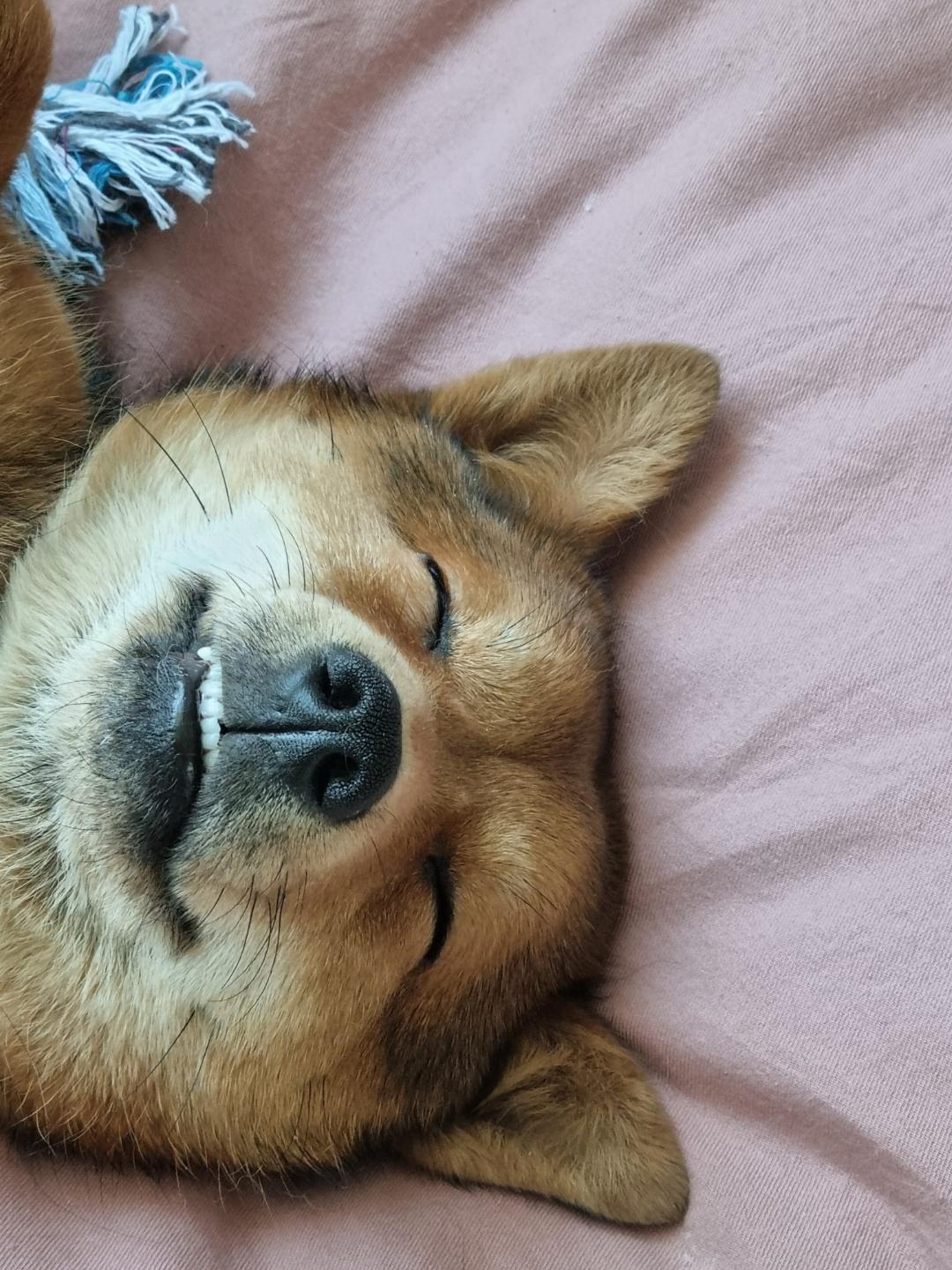 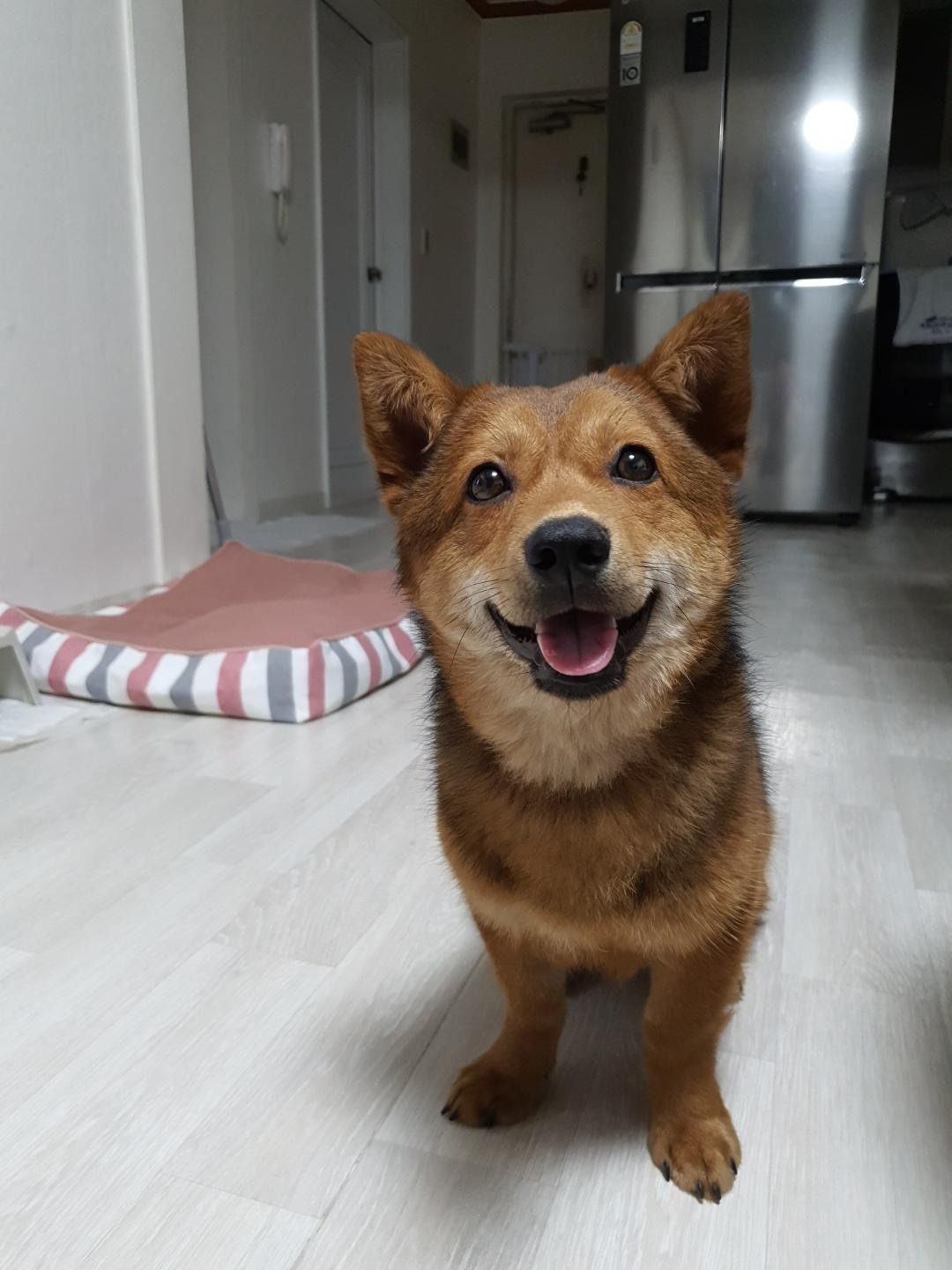 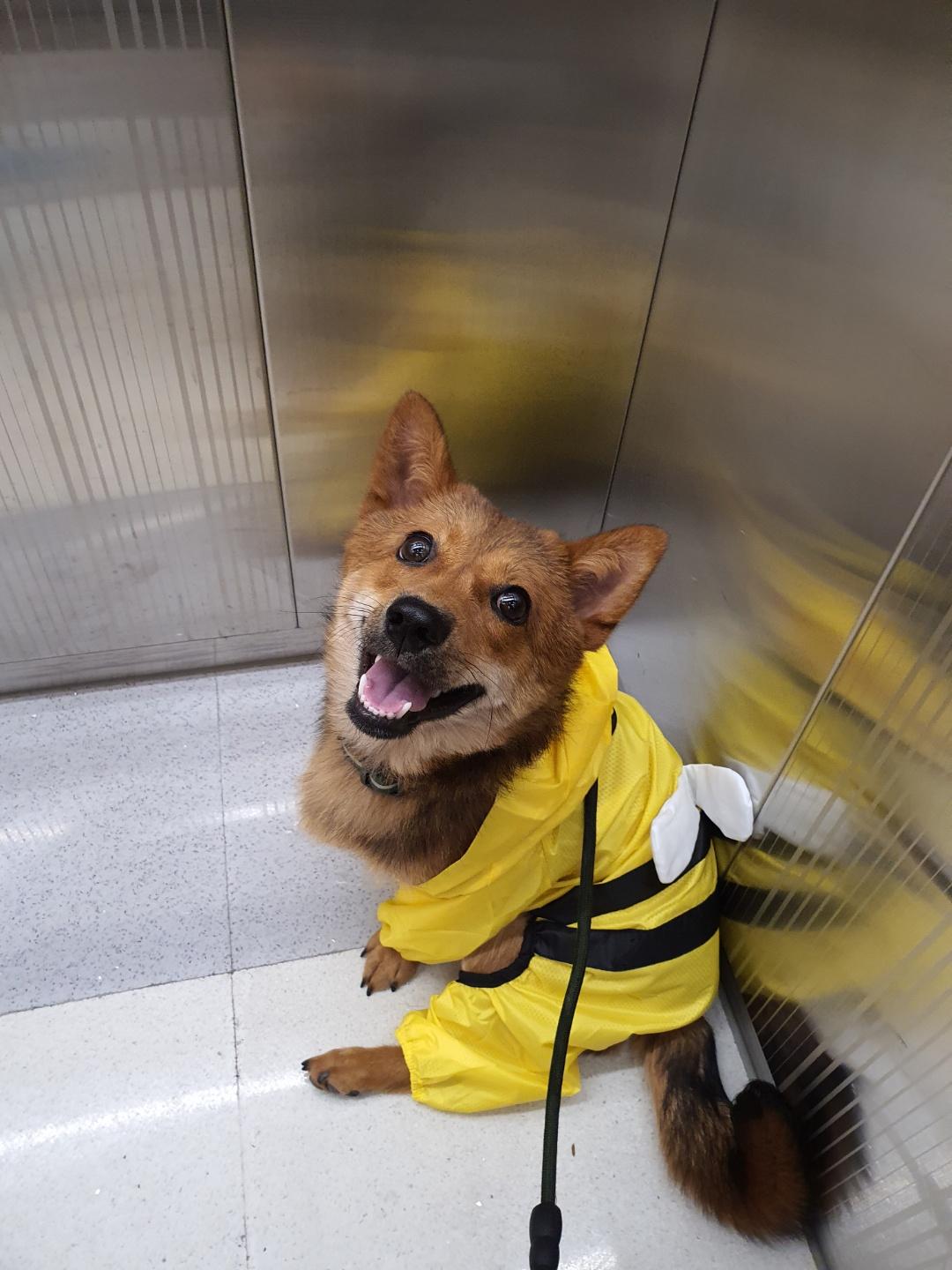 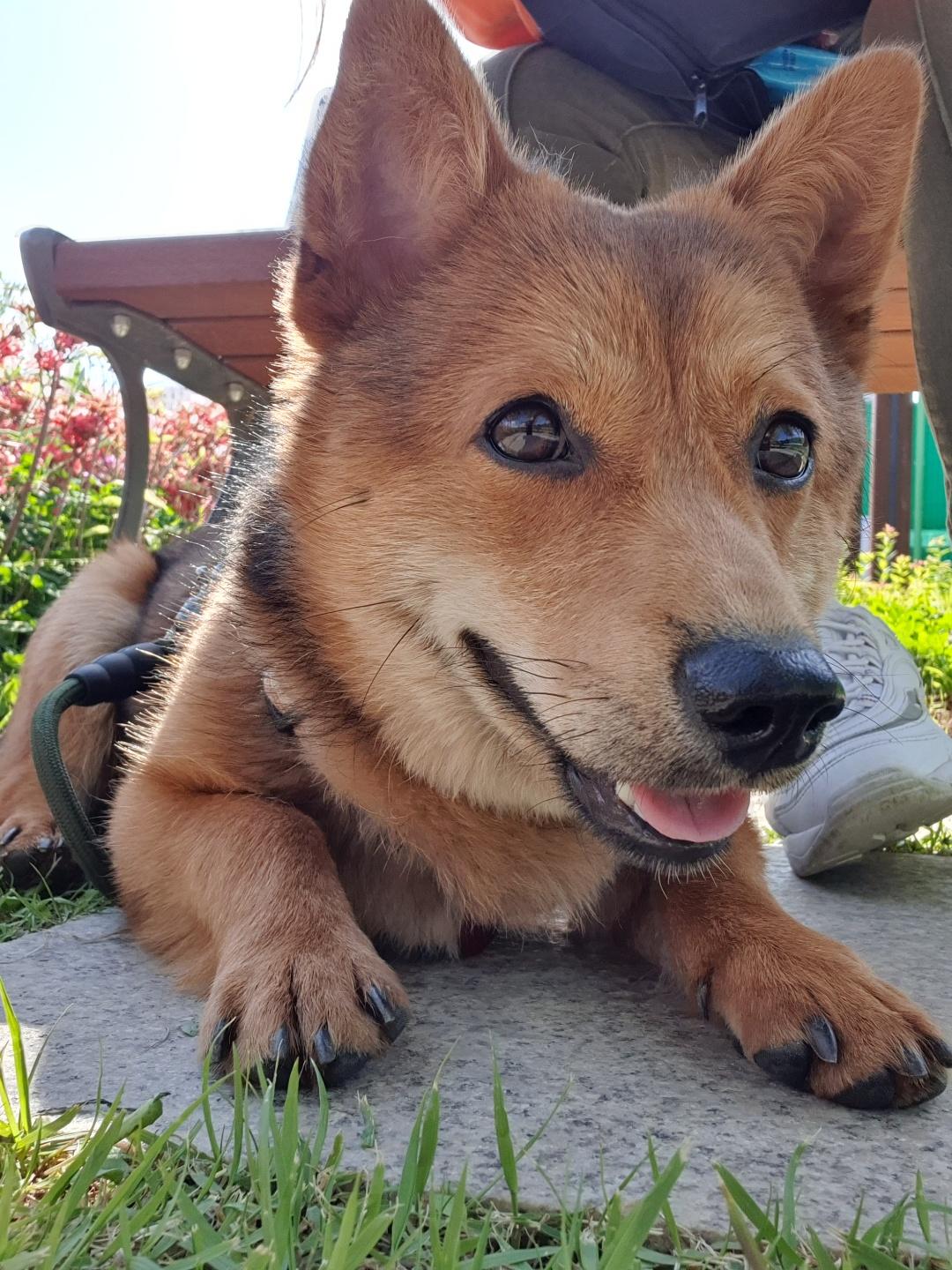 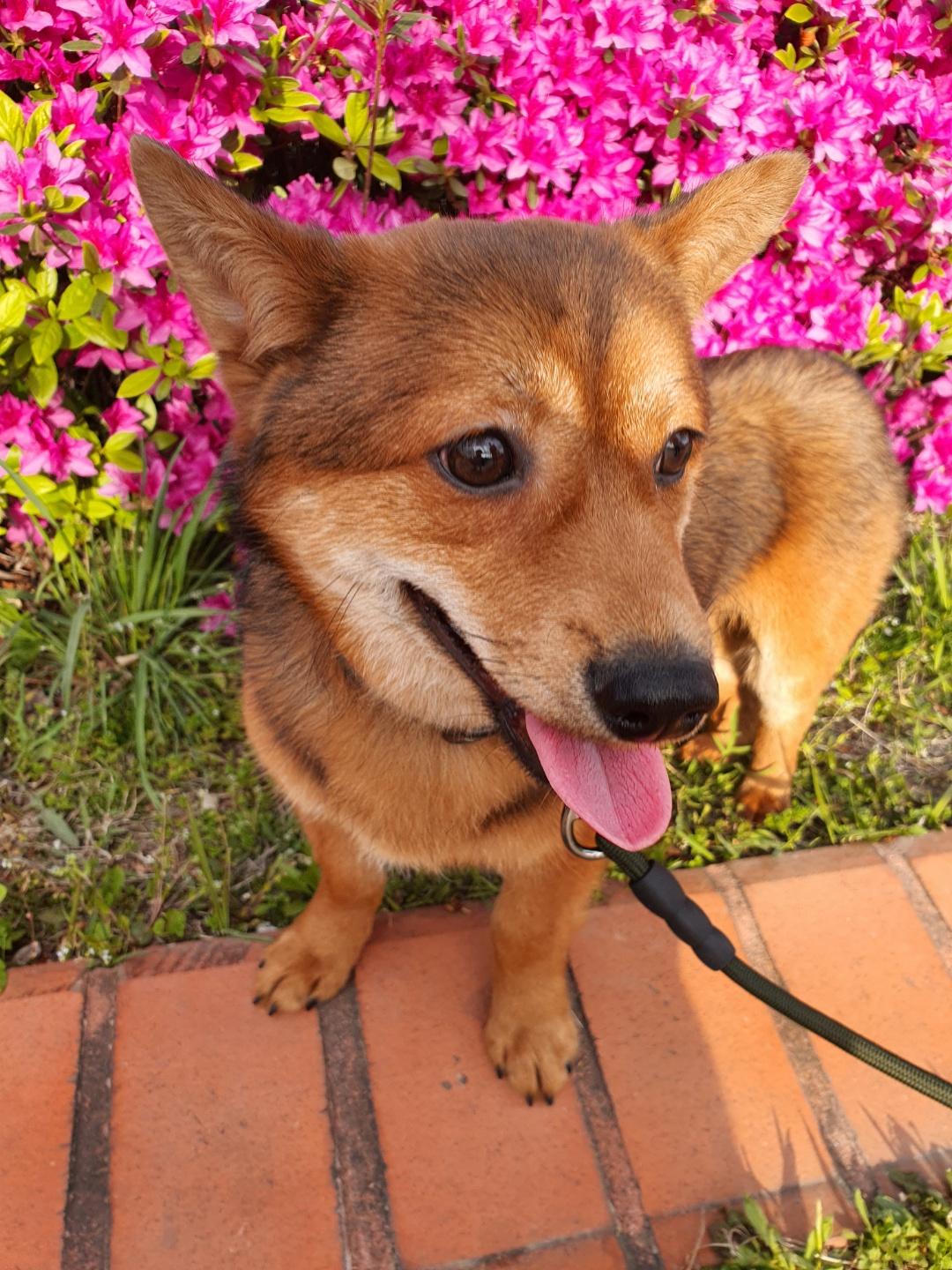 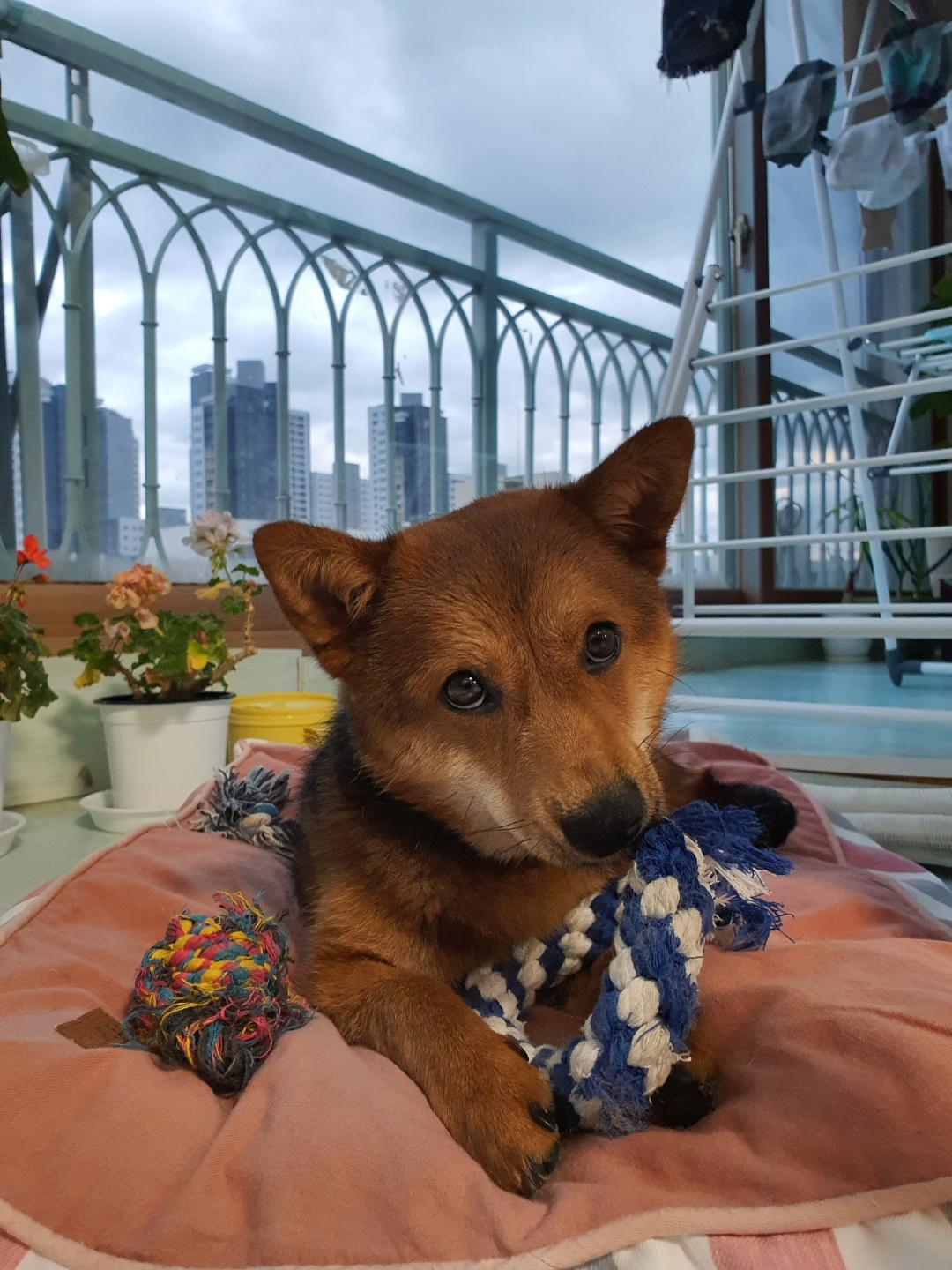 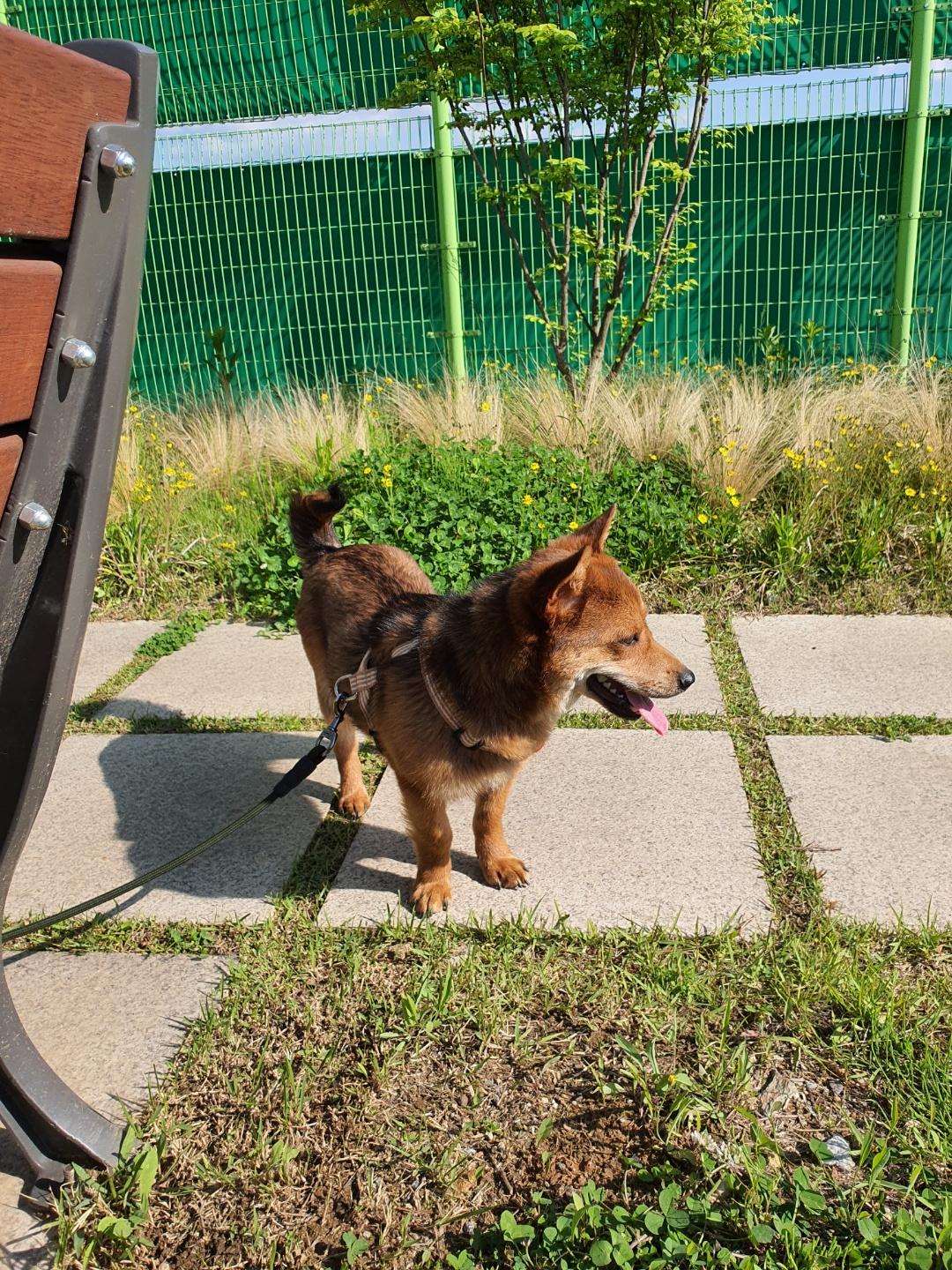 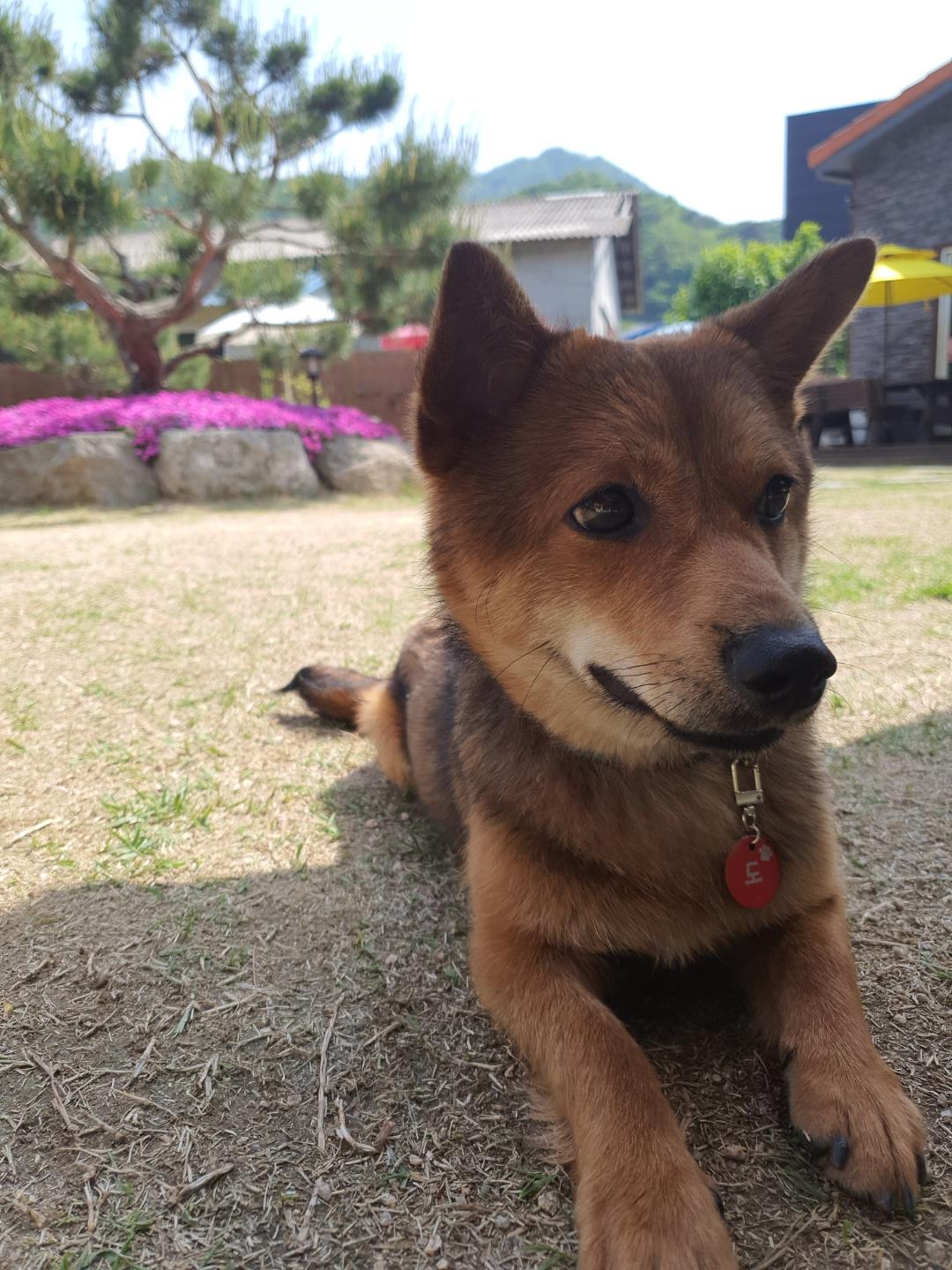 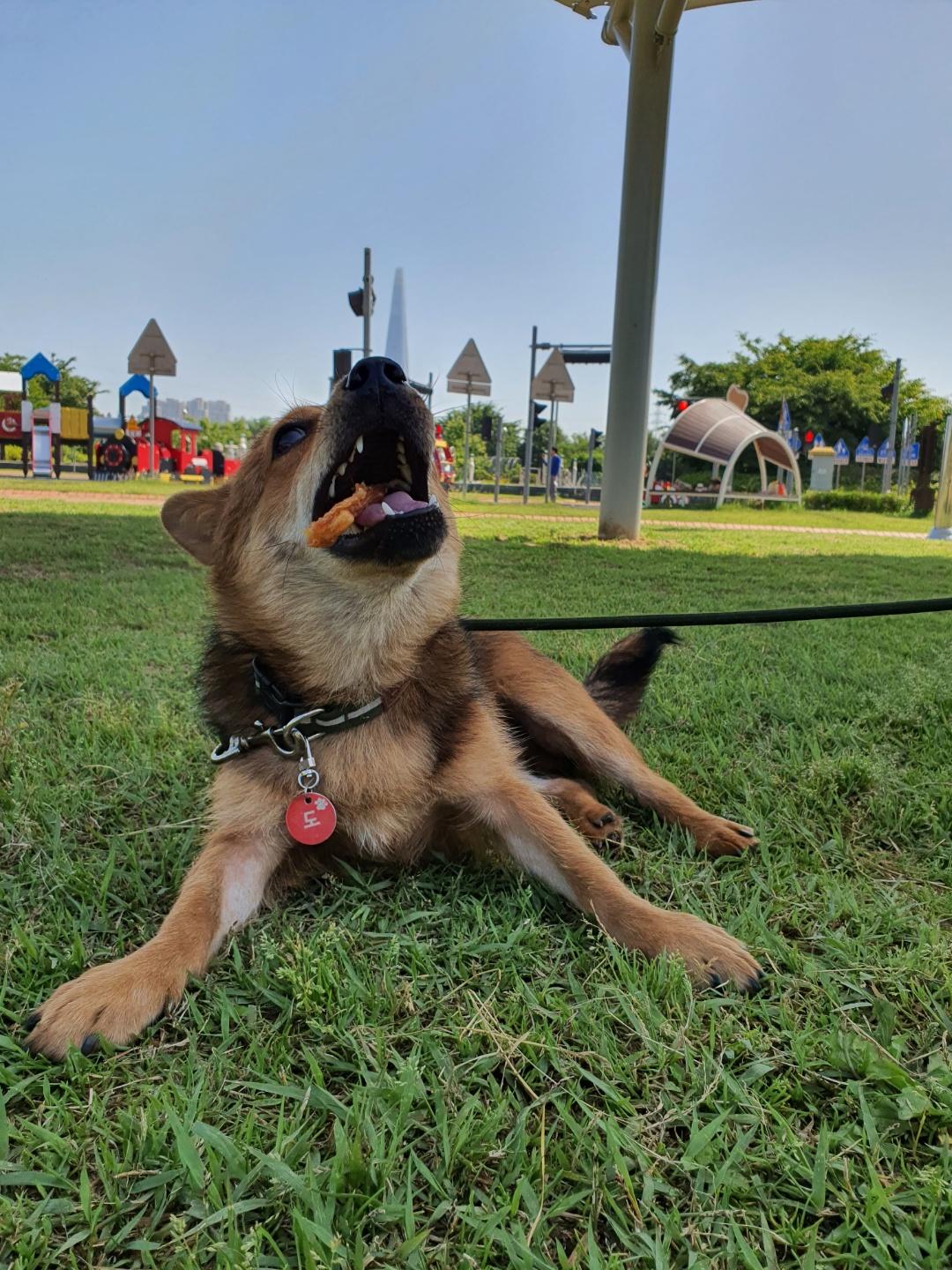 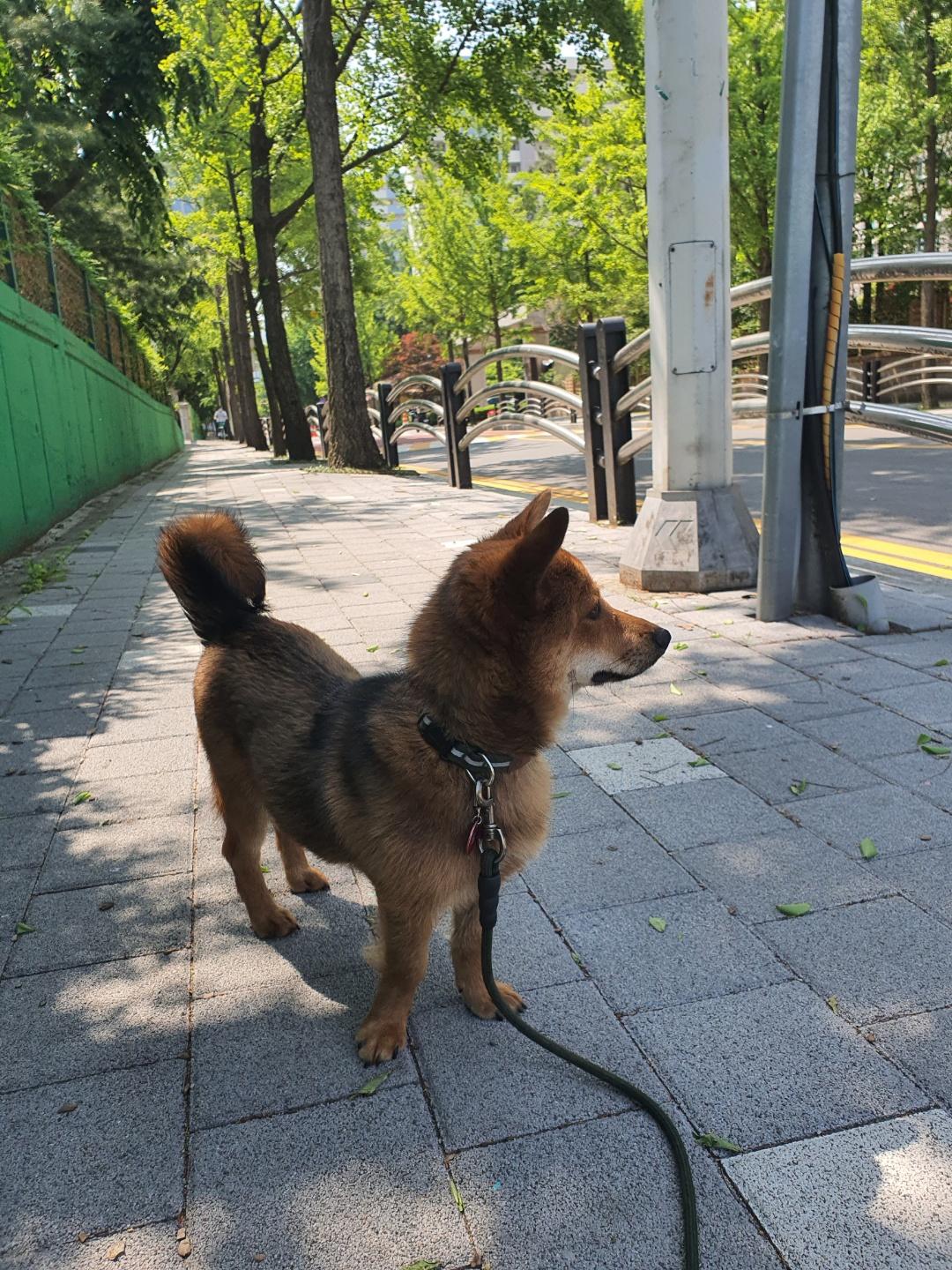 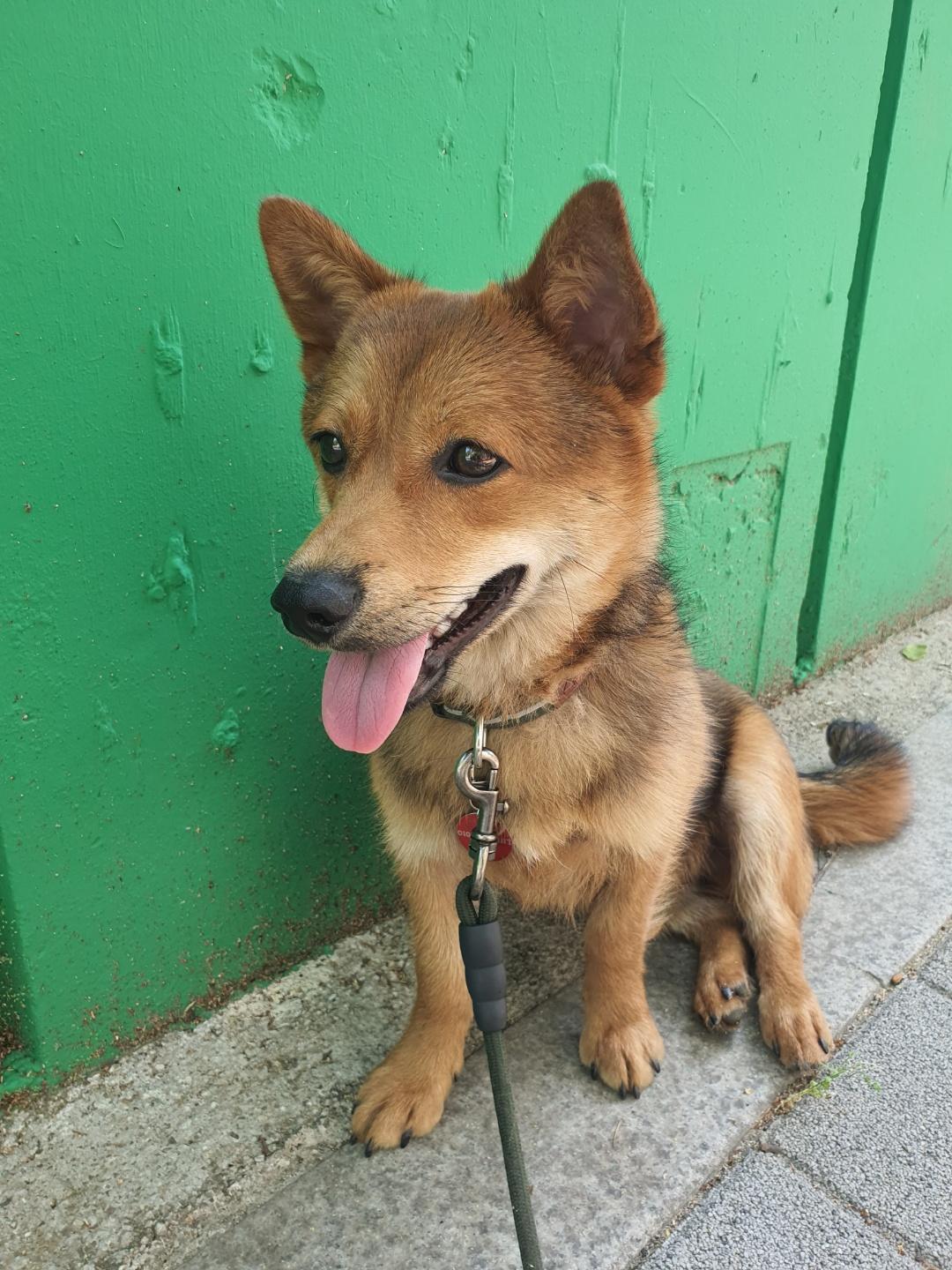 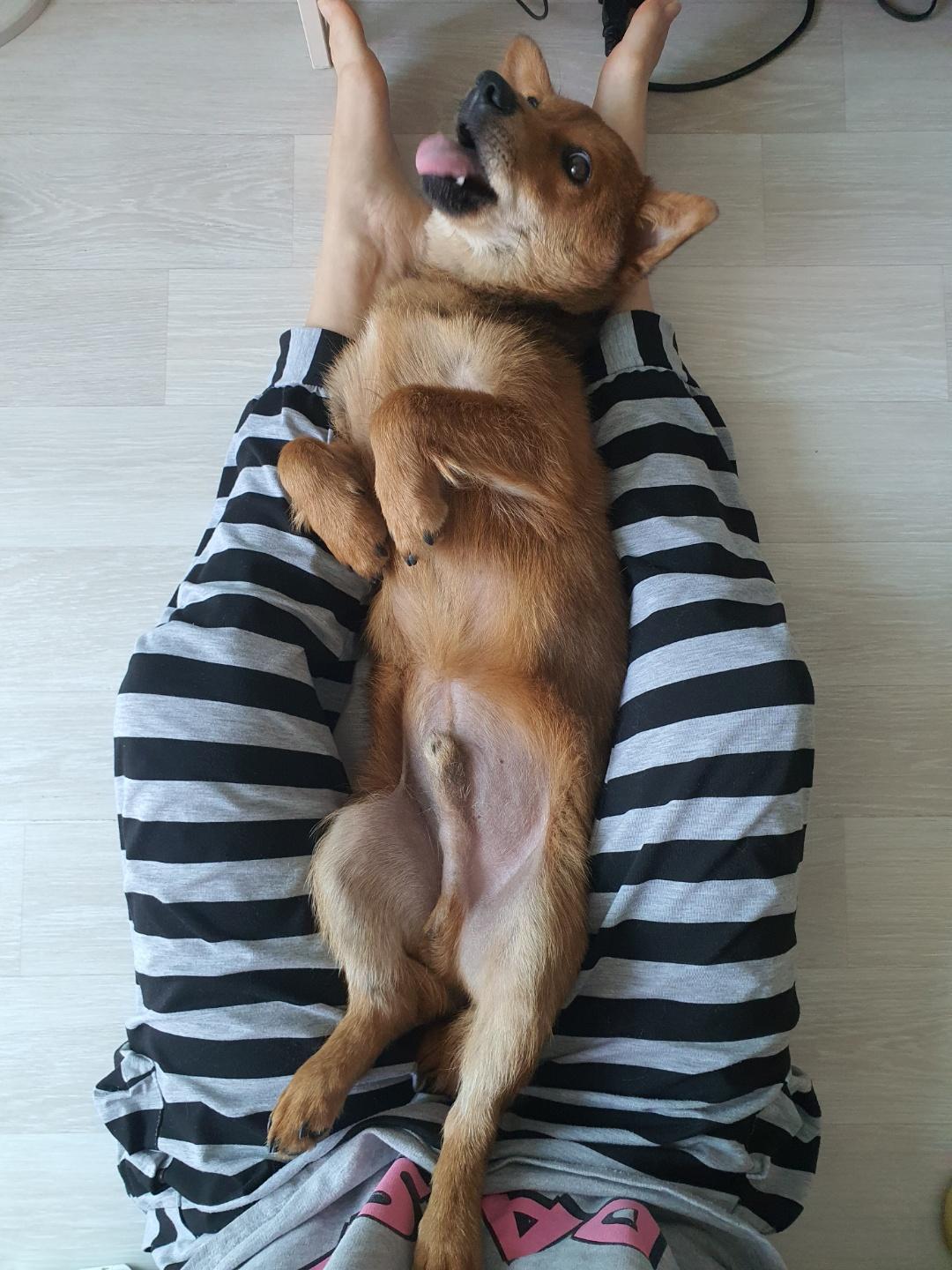 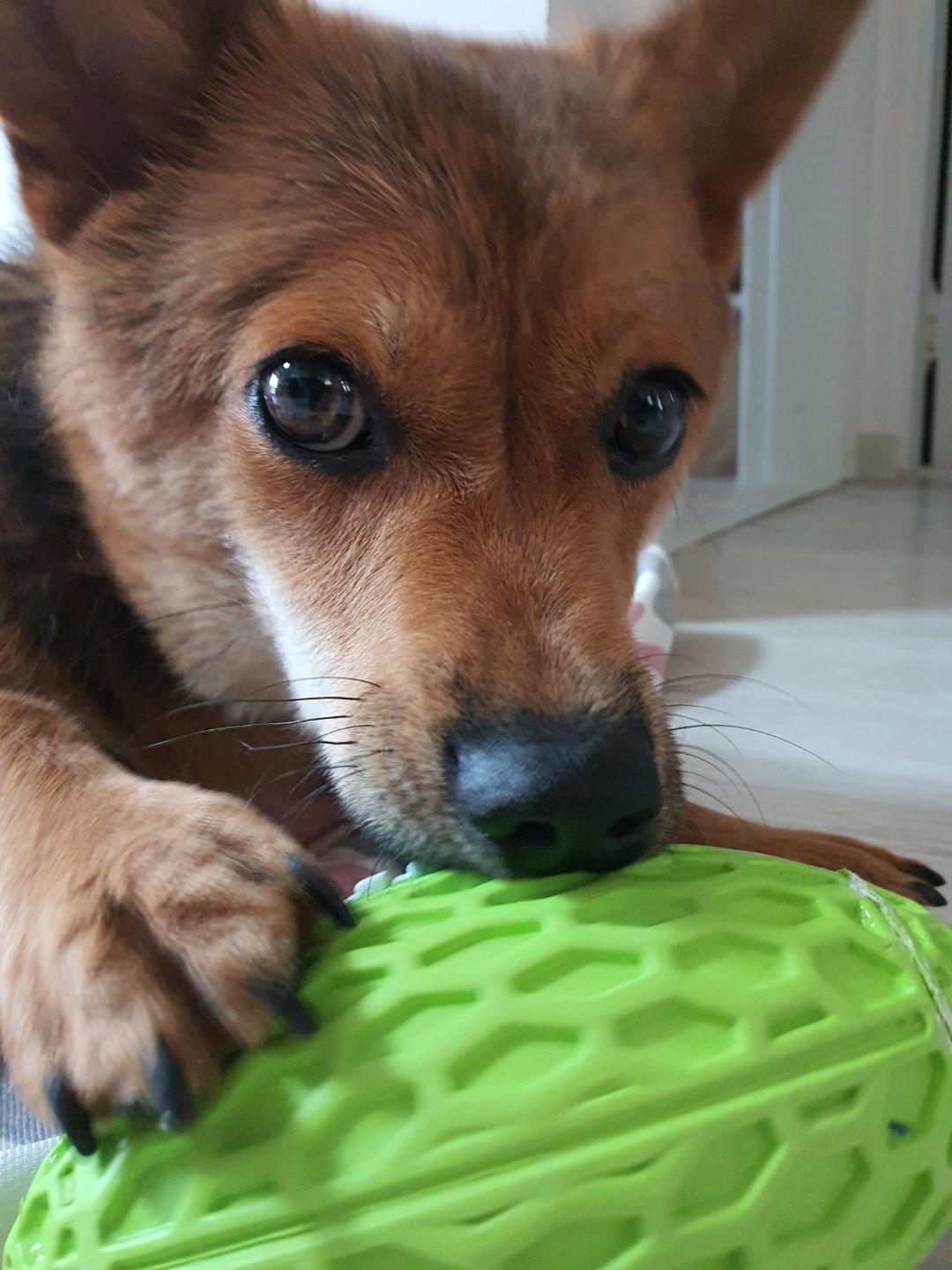 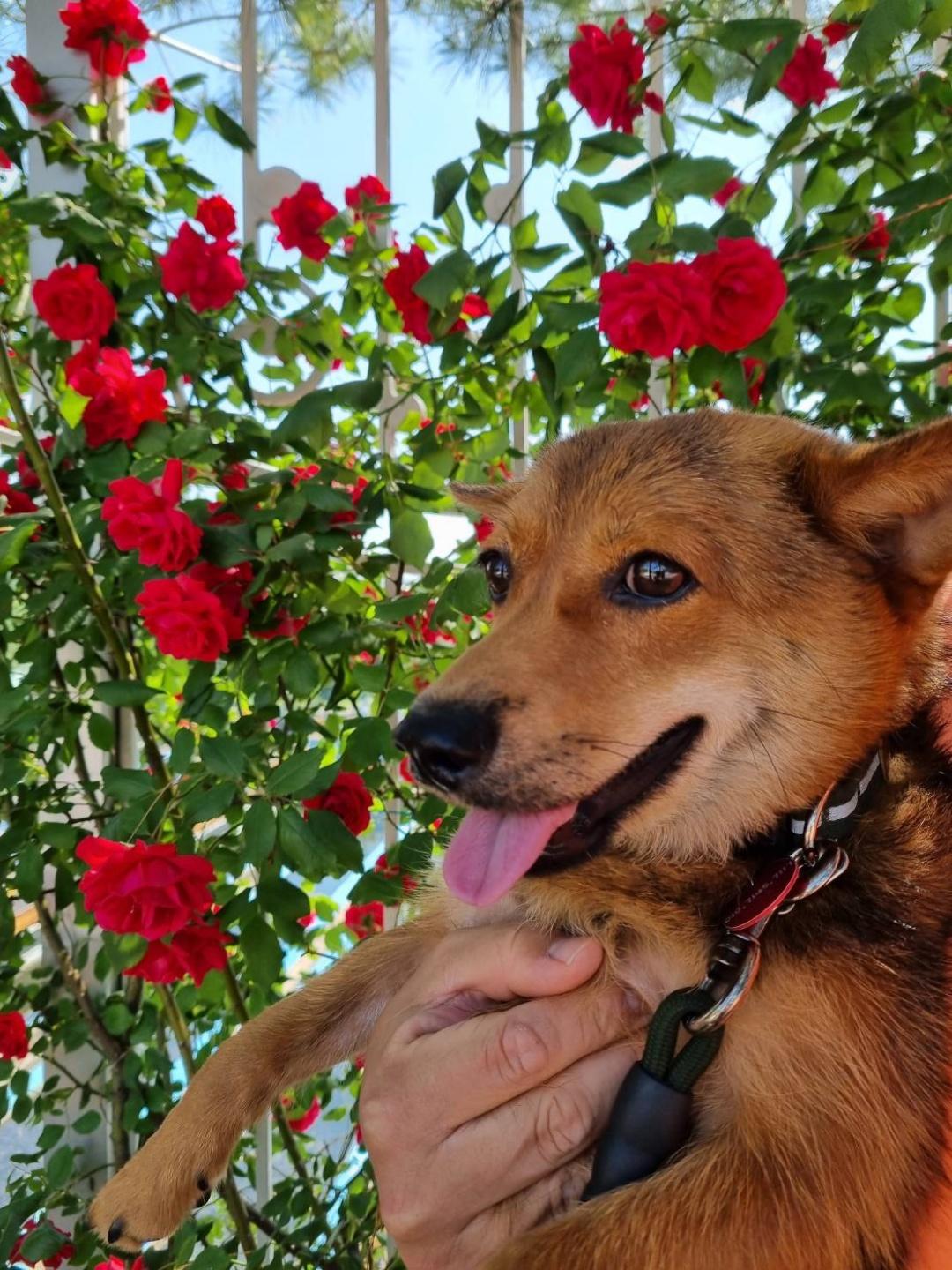 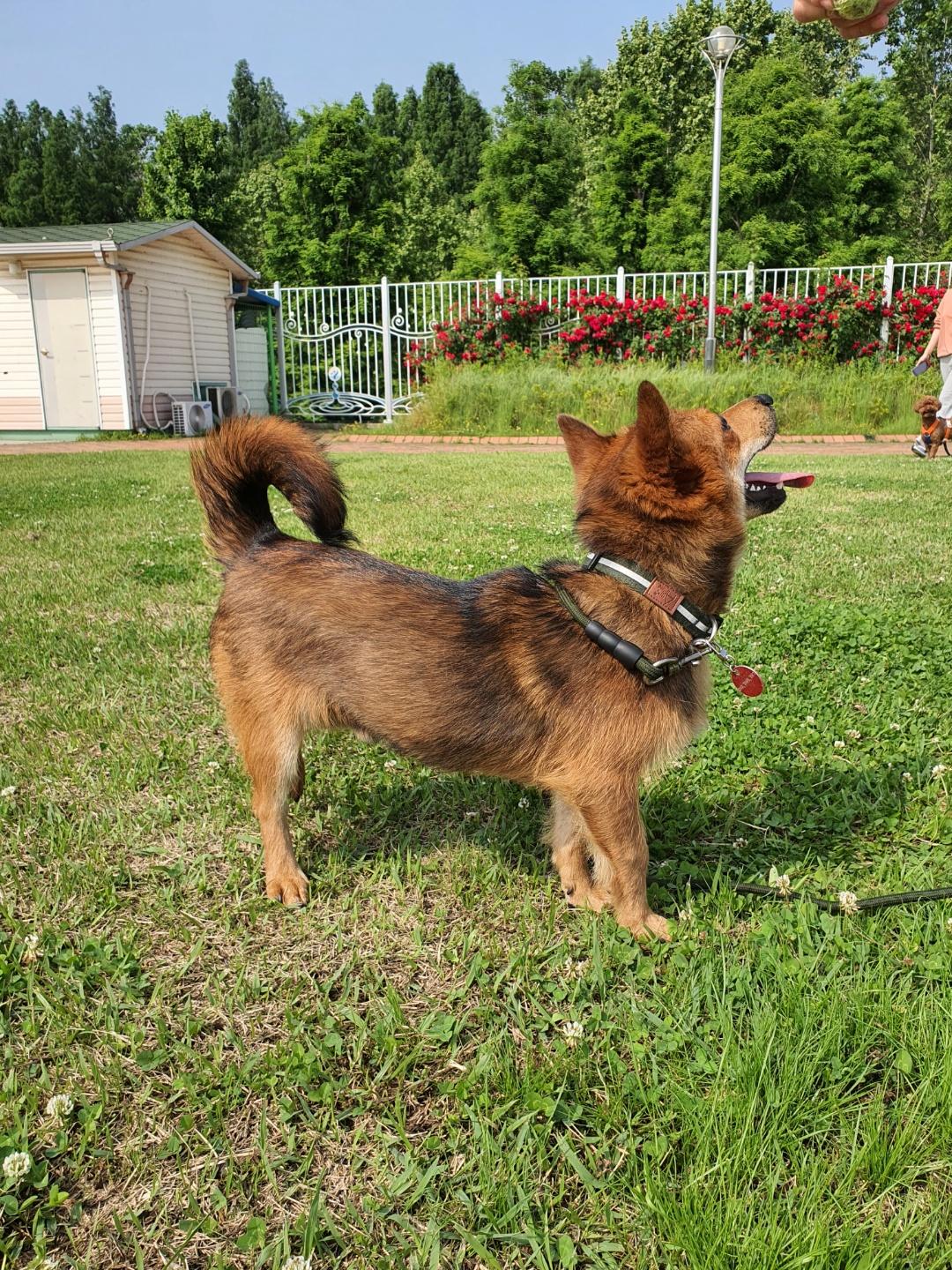 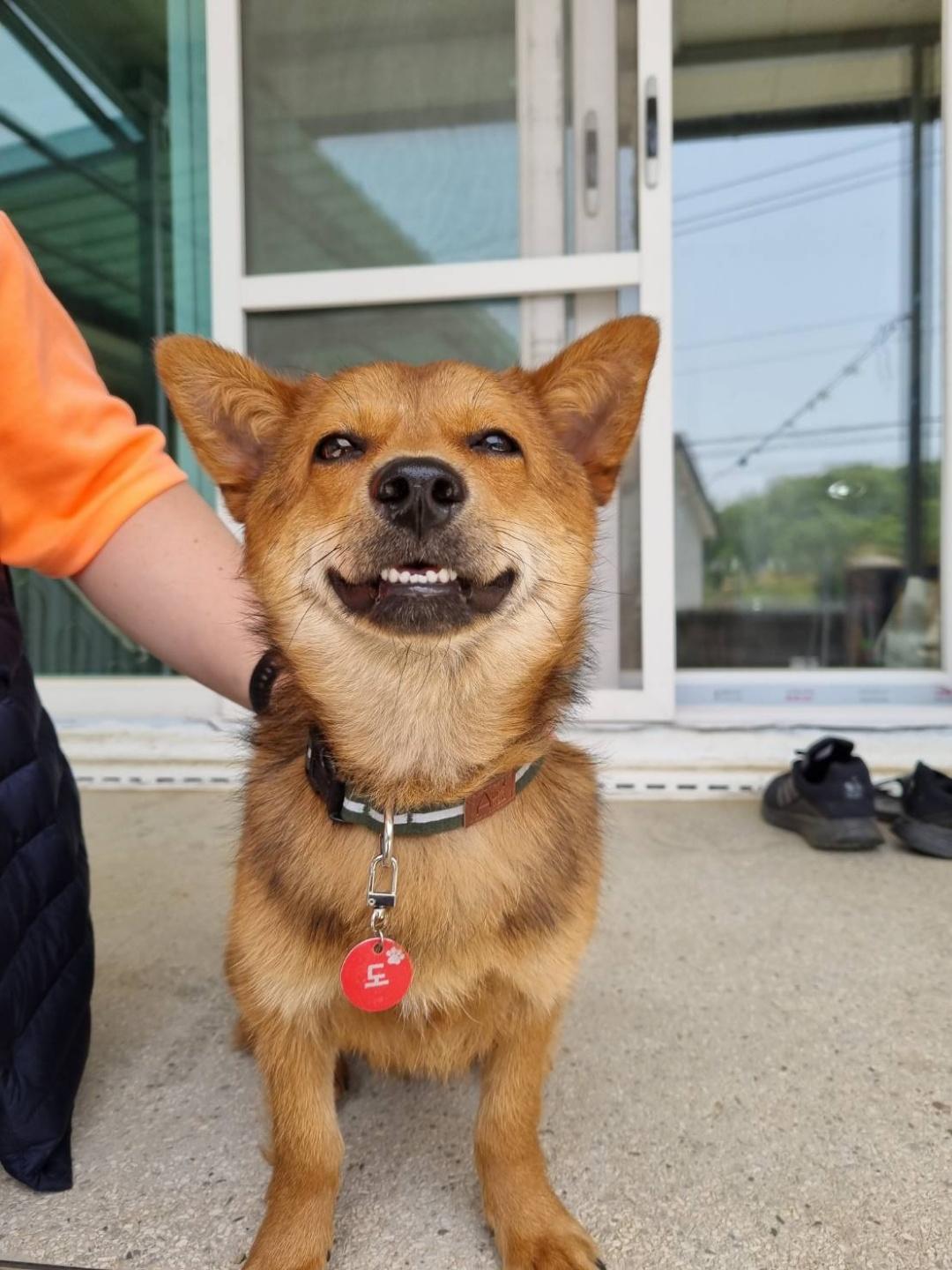 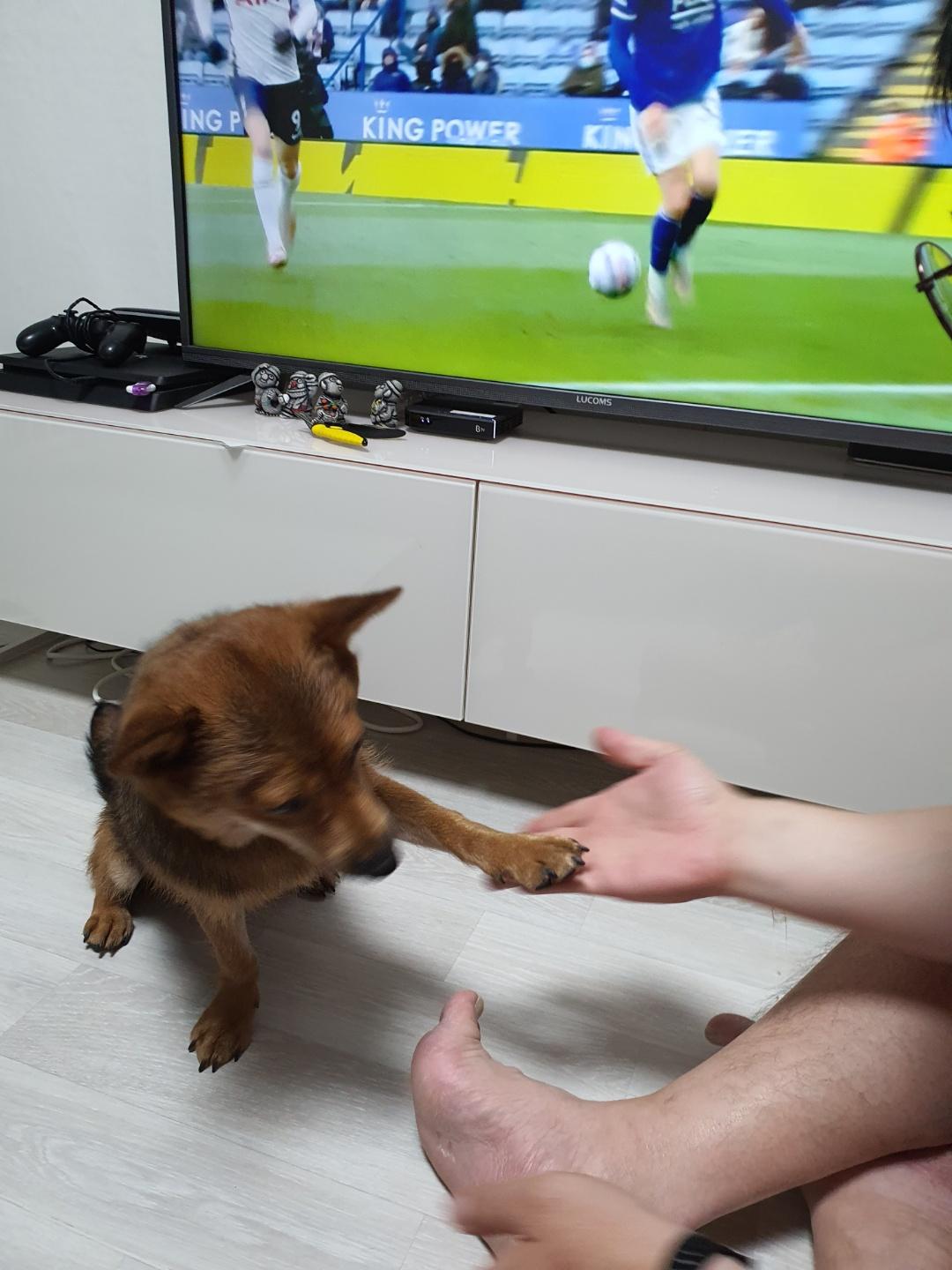 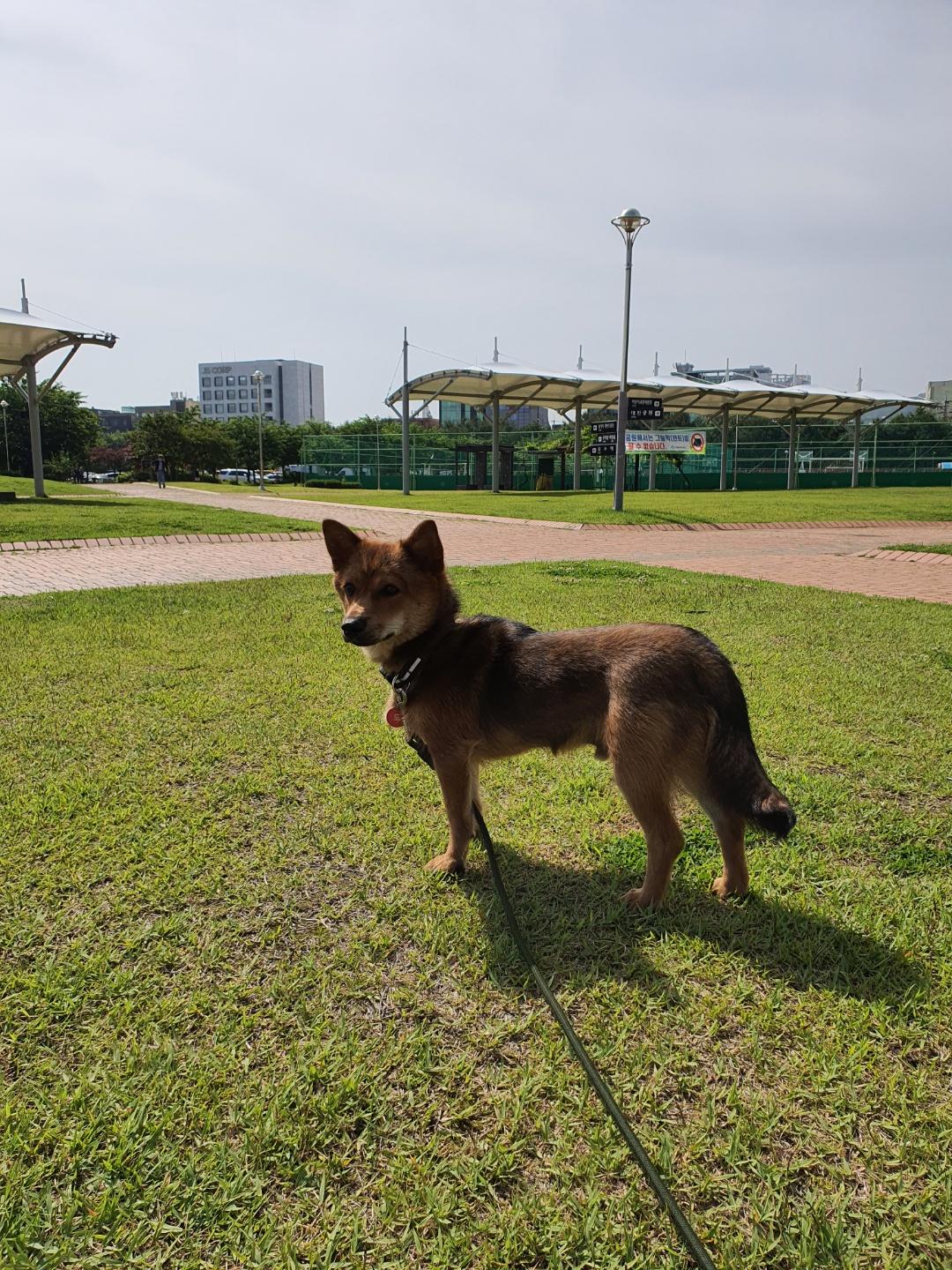 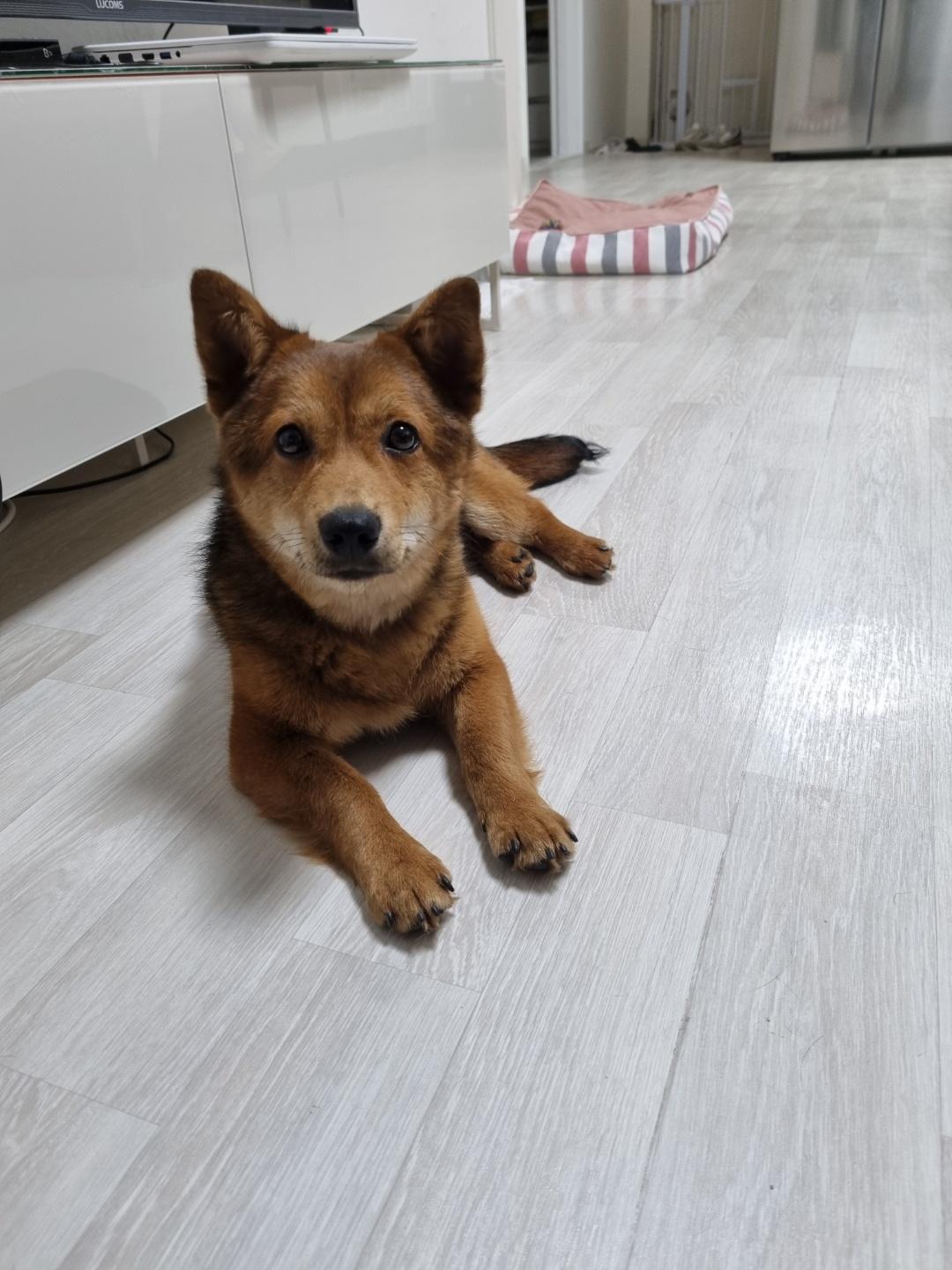 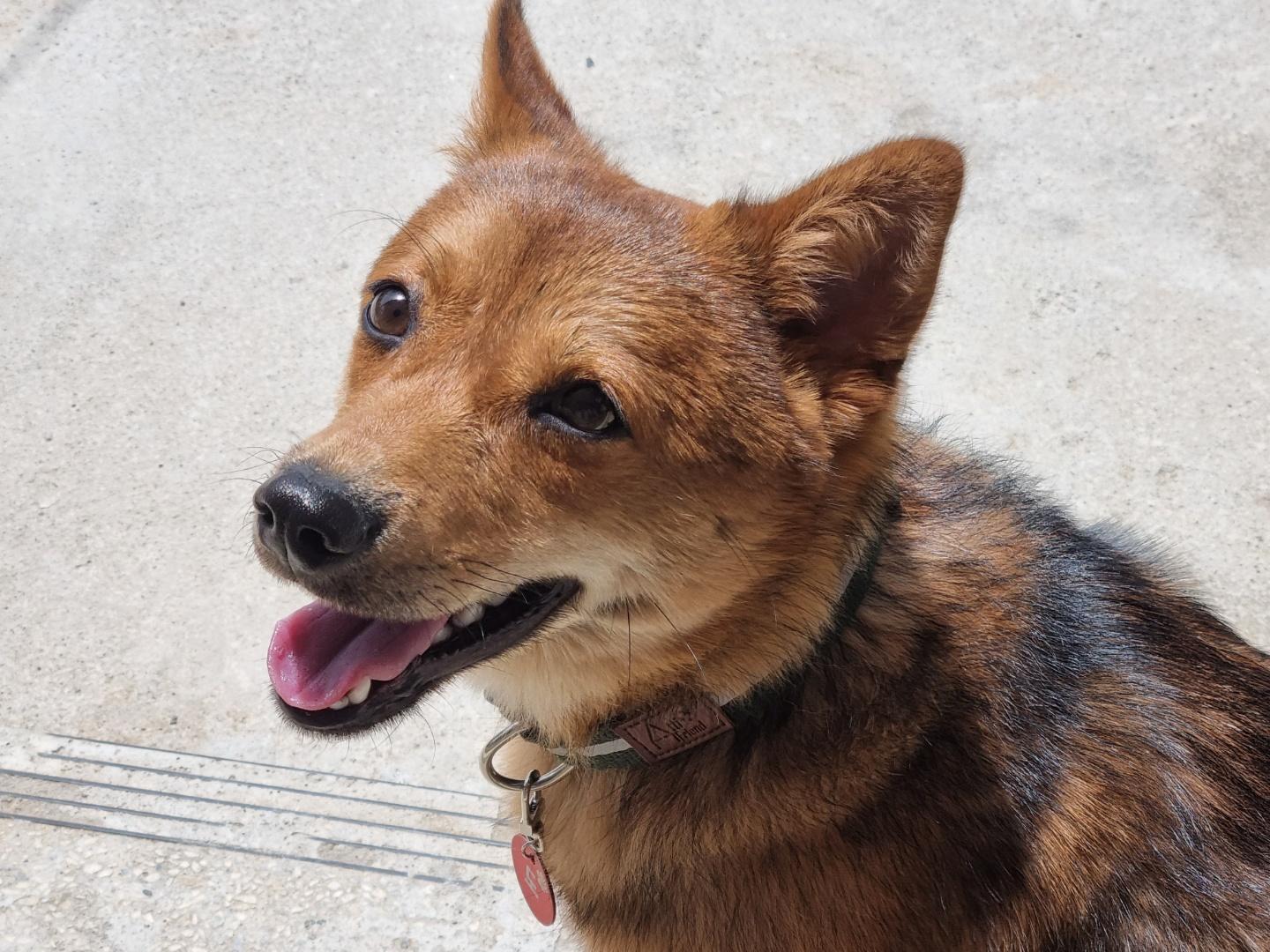 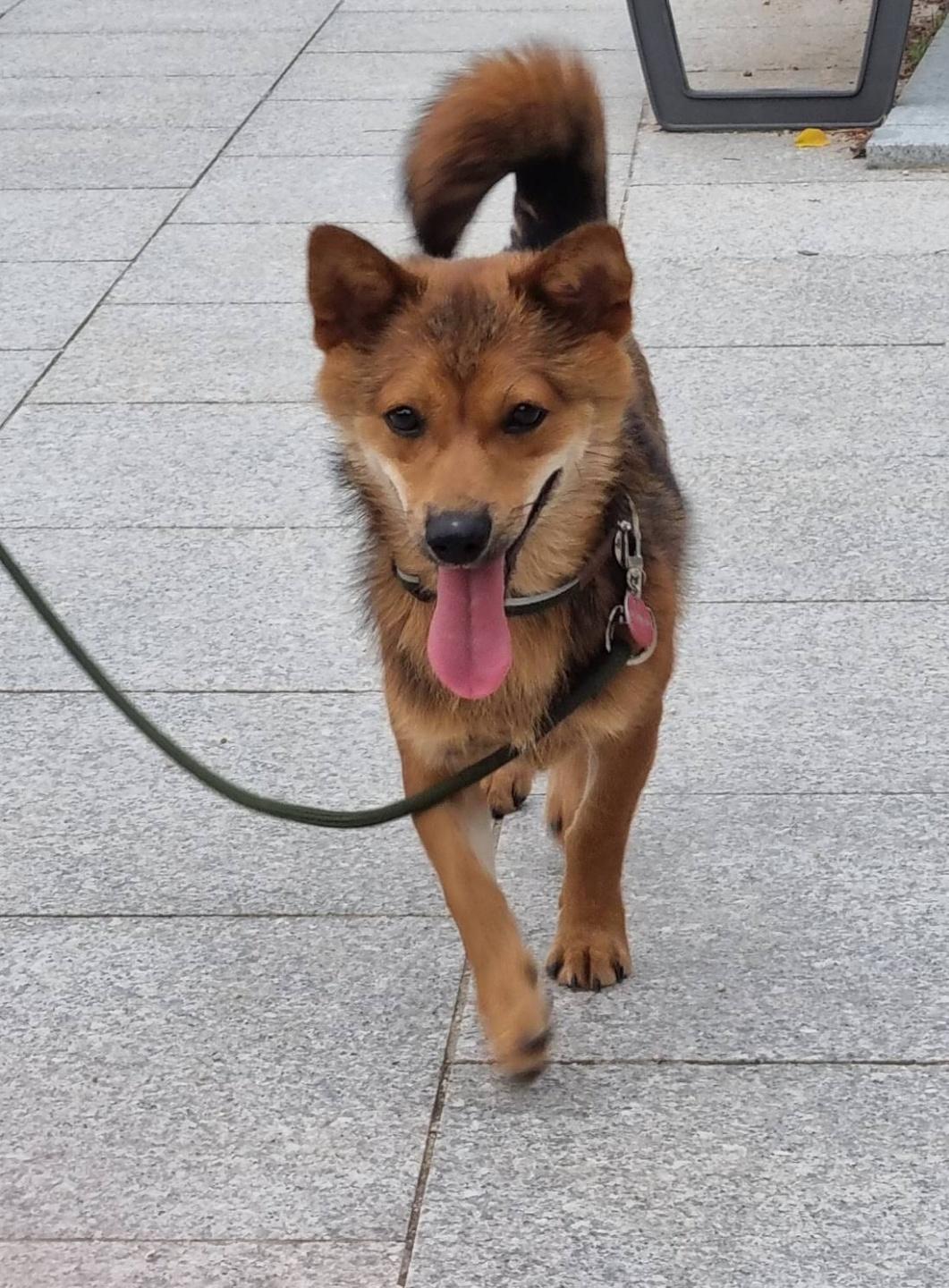 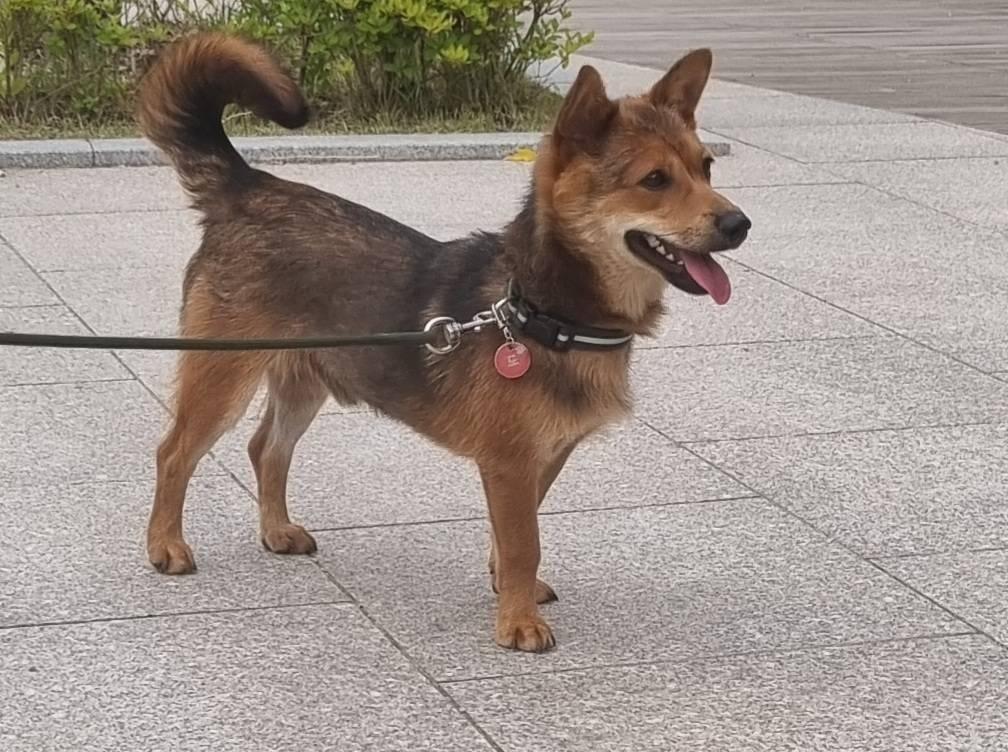 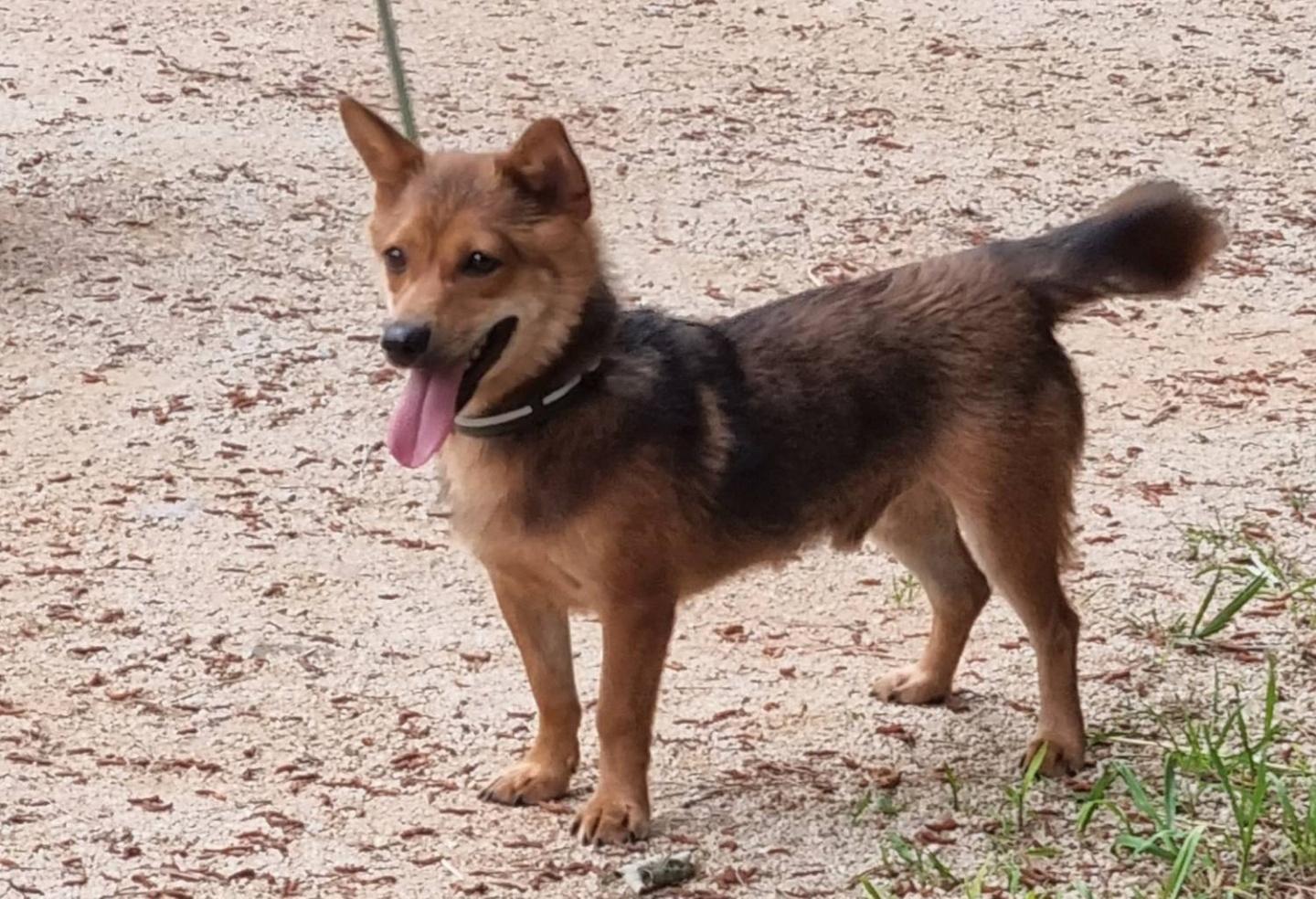 Rescue Story
Do is a 1-year old supermutt, rescued from a dog farm in Gimpo.

Ideal family
Do can be pretty low-key at home, and sleeps quite a lot, but he wants a family that likes to play with him, and who would take him out for walks at least 2-3 times a day. He doesn't tend to approach other dogs first, but he seems fine with them after a while, so we think a house with a dog would be fine. Baby Do is like a child who is afraid of new things, and takes some time to adapt, so his family would need to go slow with him but also provide him with lots of different experiences.

With humans
Initially he shows he is afraid of people, and it takes some time for him to get acquainted with you - you will need to let him come to you at his own pace. With children, this is especially important. But if you are patient, each time he meets you he will get better, and he will even allow you to touch him.

With dogs .
He is a bit shy, but he will wag his tail and sniff at a dog that approaches him slowly. But he sometimes gets scared when another dog comes towards him too quickly for comfort. He is fine if he spends time with other dogs and gets to know them slowly.

With cats
He’s never been together with a cat, but when he sees them outside, he will watch them with curiosity, and he might try to chase them.

Energy level
In the house he is quite happy being a home-body - he will spend most of his time sleeping. But get him going and he has energy to spare - he loves to play games like tug-of-war, and hide and seek, and he likes to get outside for walks. He needs at least a couple of walks a day to keep him entertained..

Shedding/barking
He sheds a lot but he hardly ever barks.

Needs help with
He isn’t too big on riding in cars, but this is improving little by little. He also is not comfortable with strangers, and will show his anxiety, so you have to be patient and give him the space to come to you.