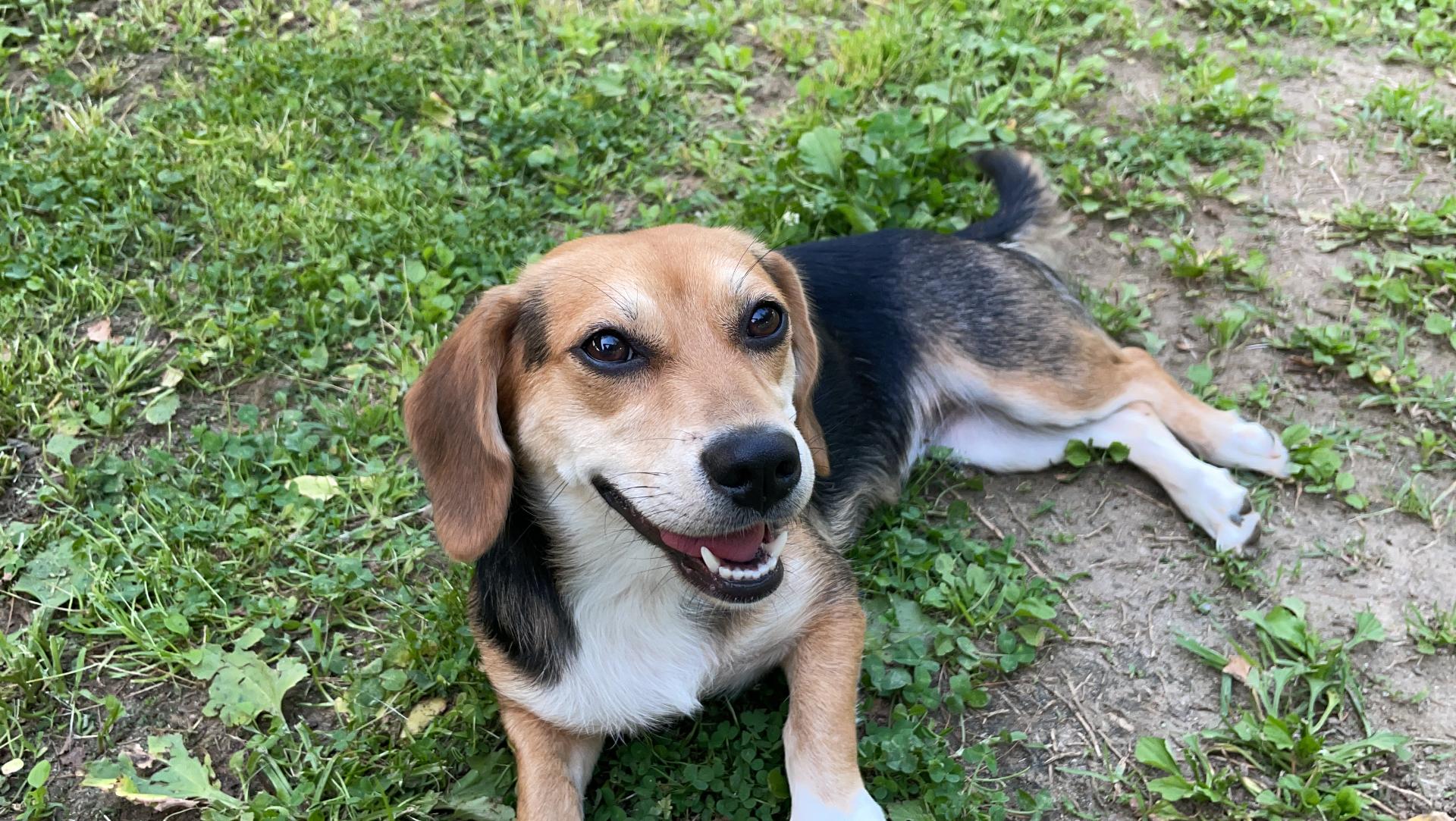 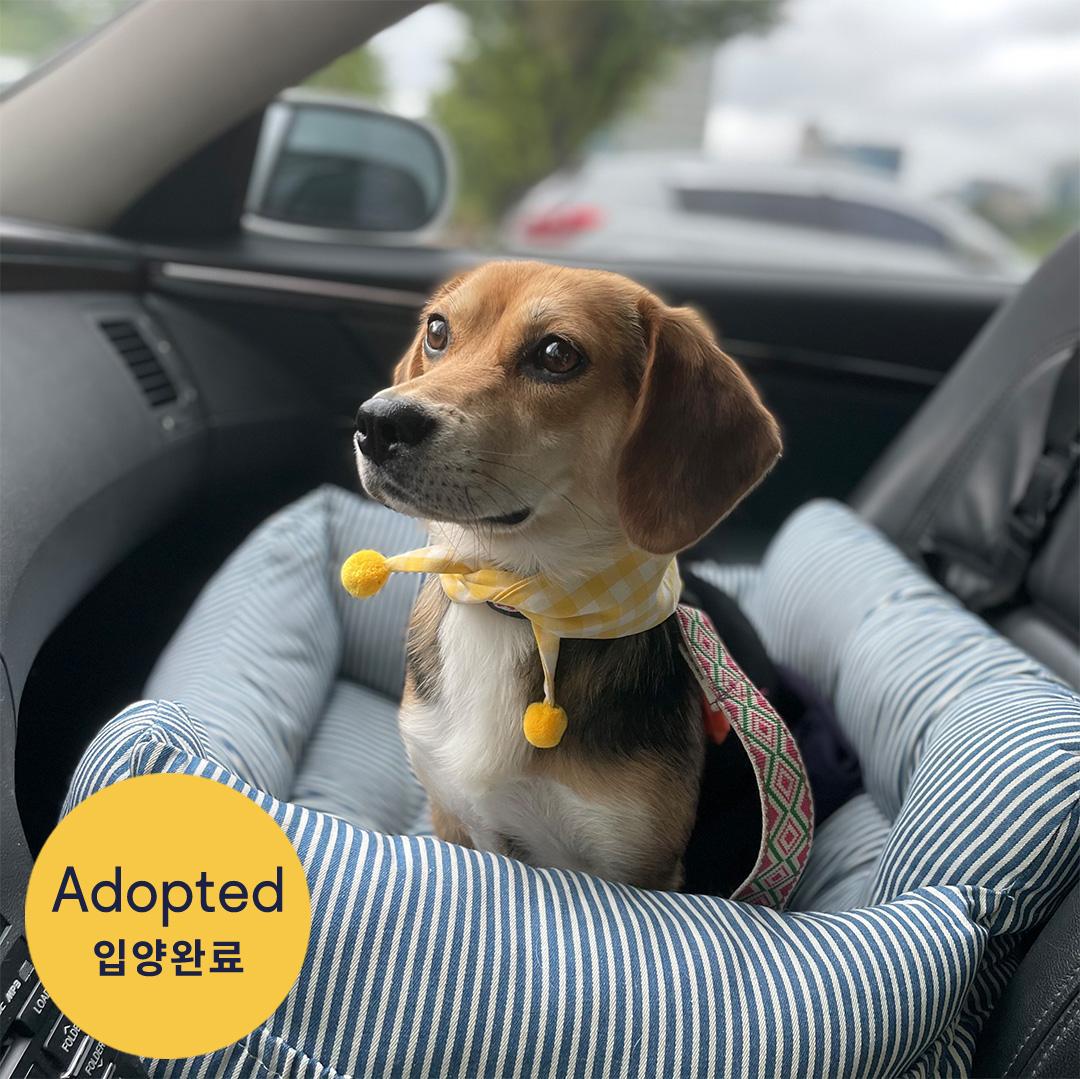 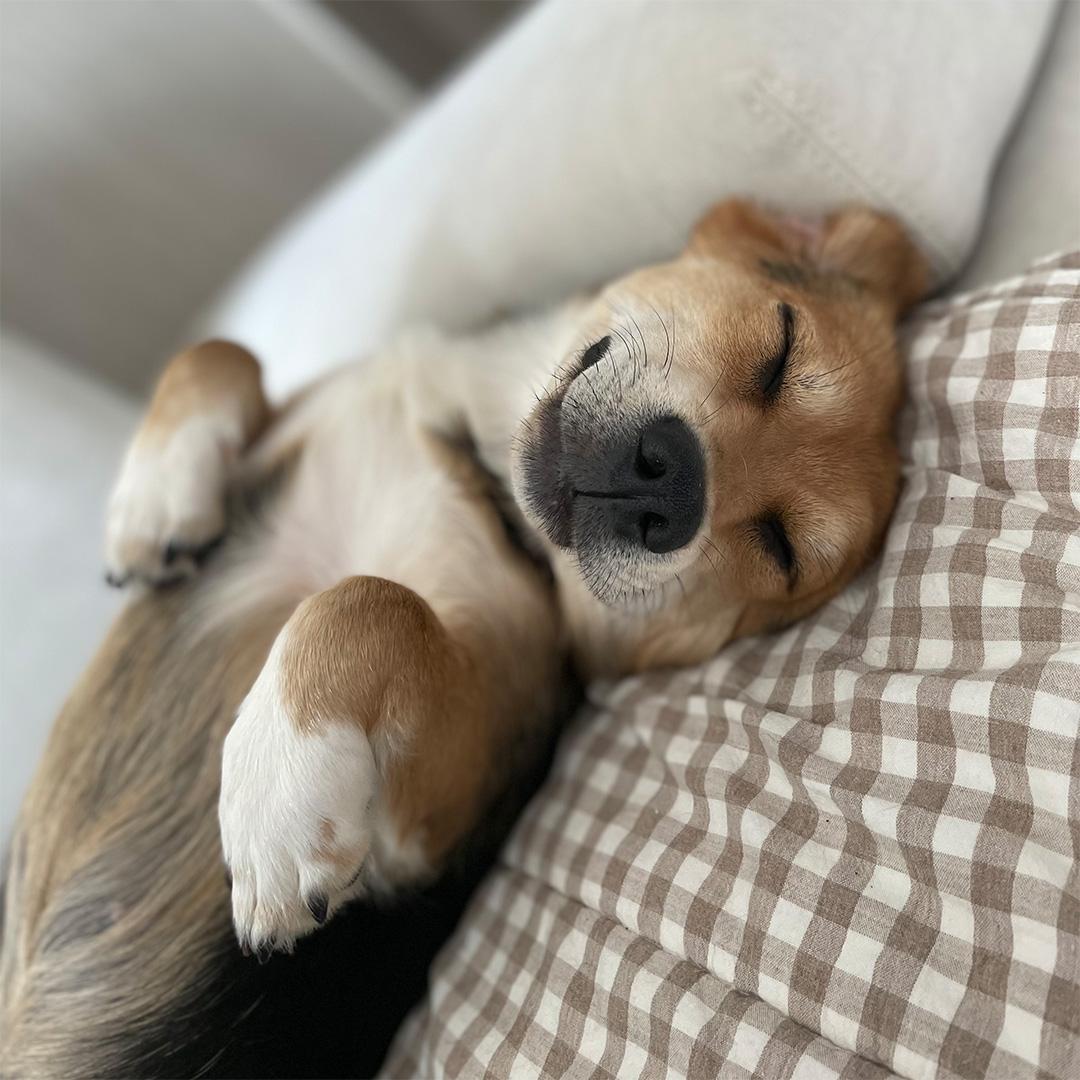 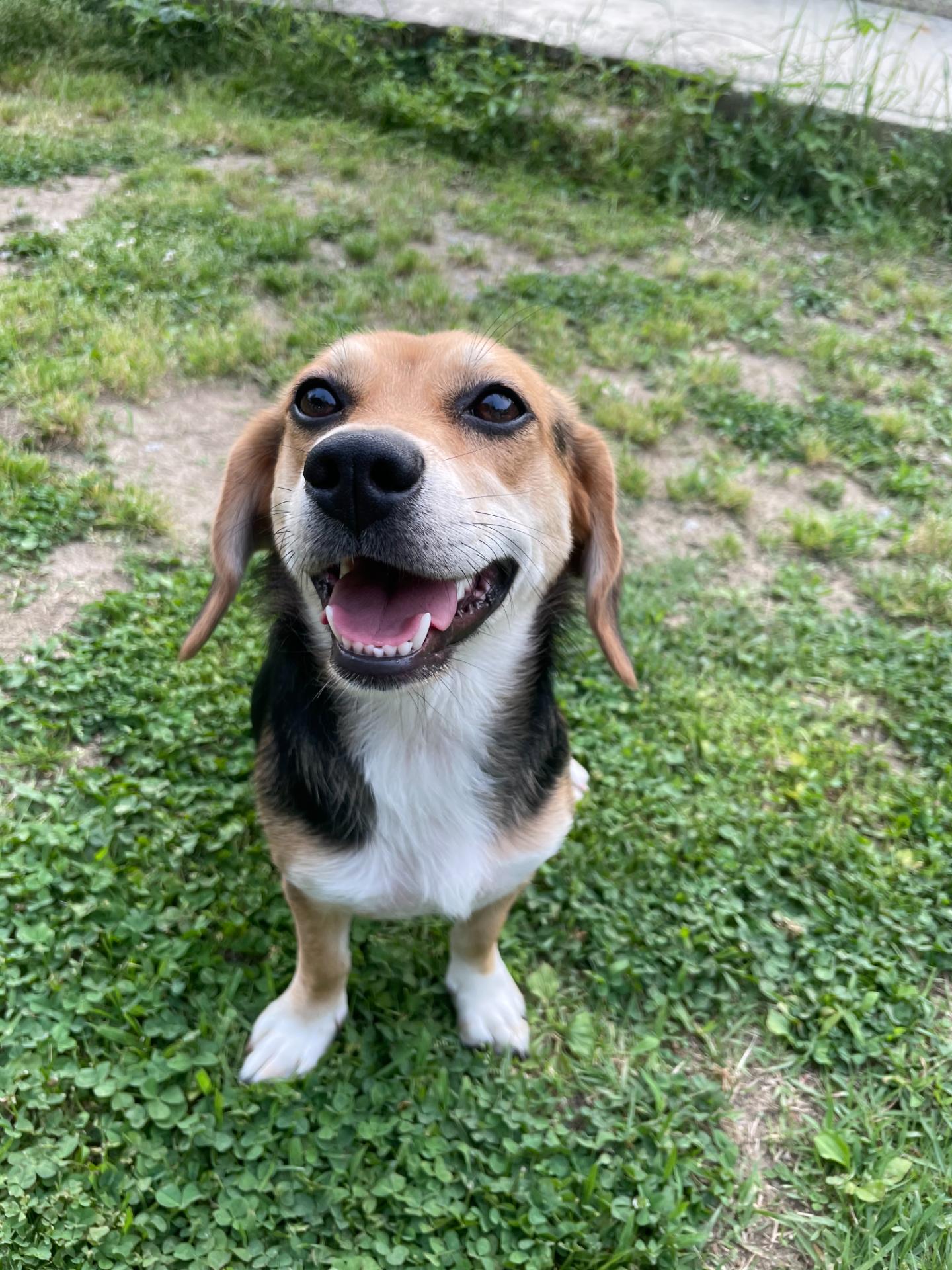 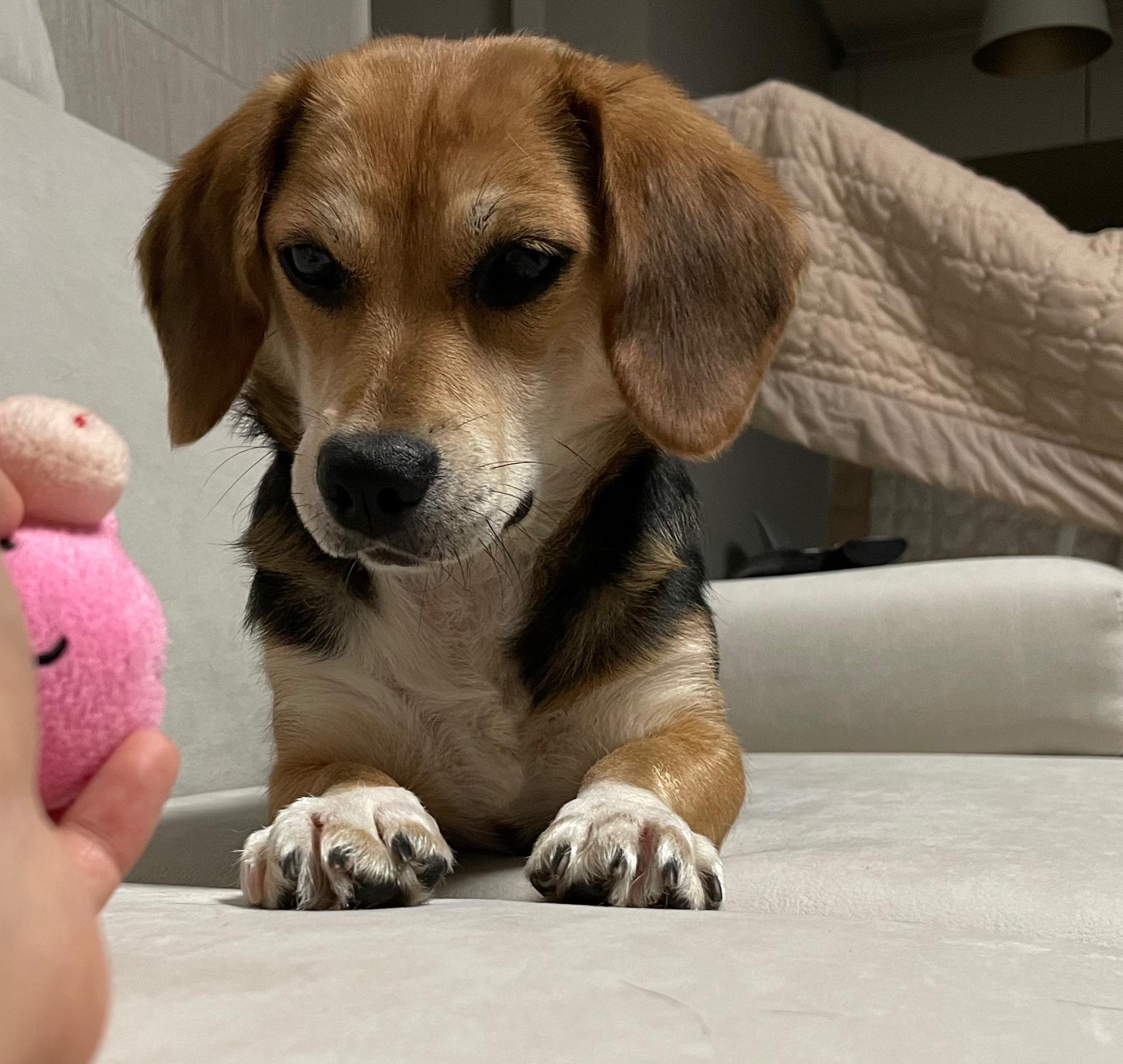 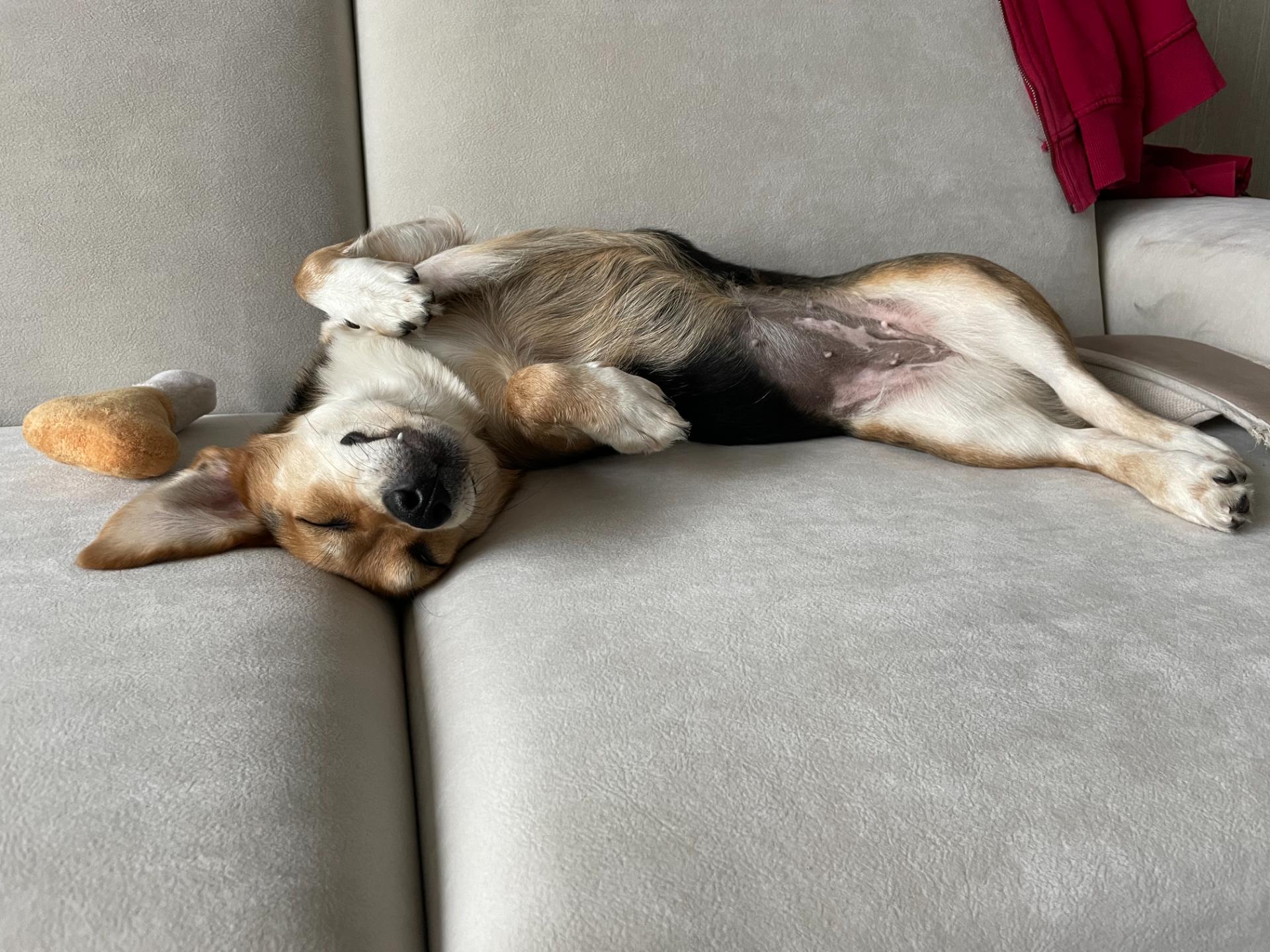 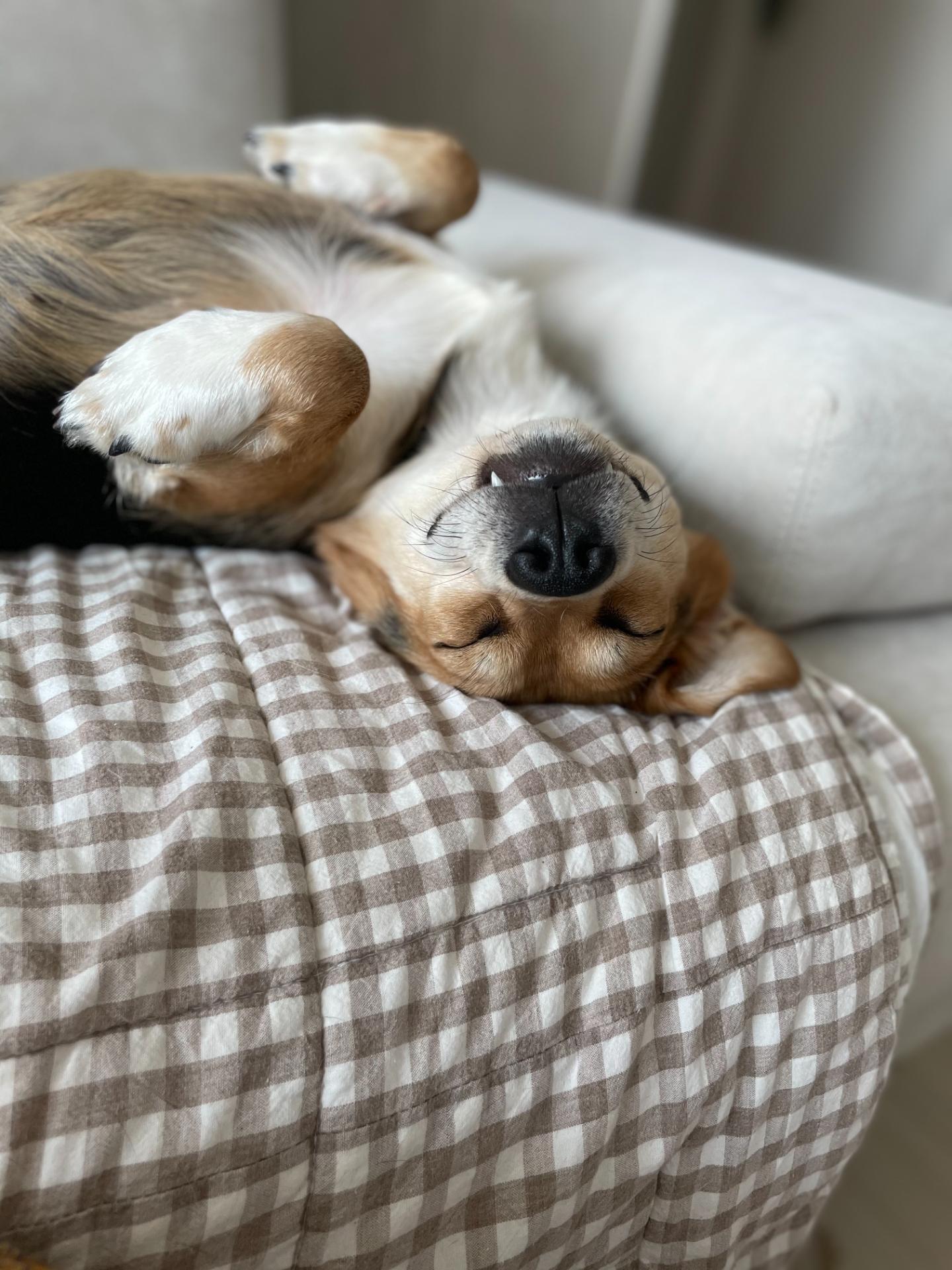 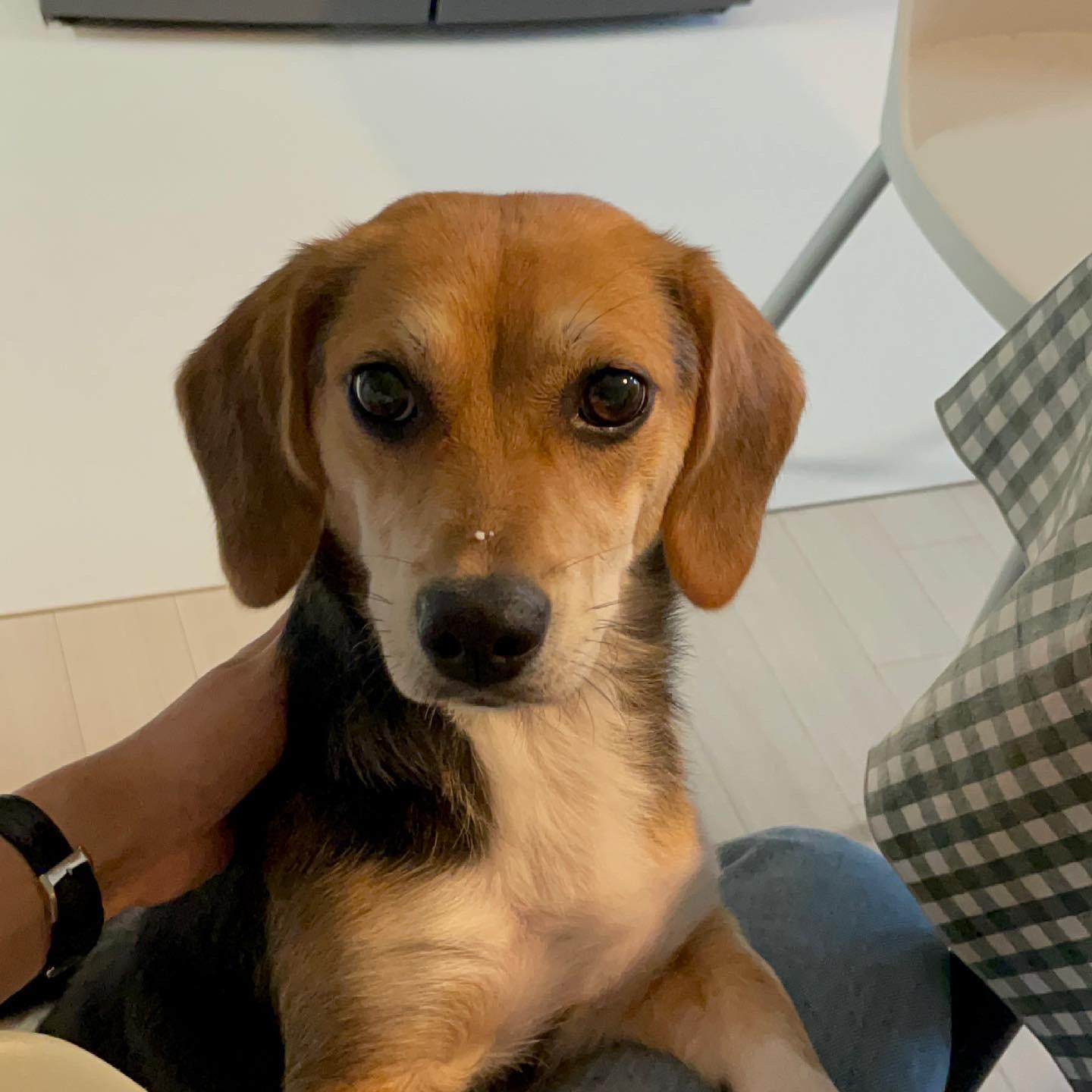 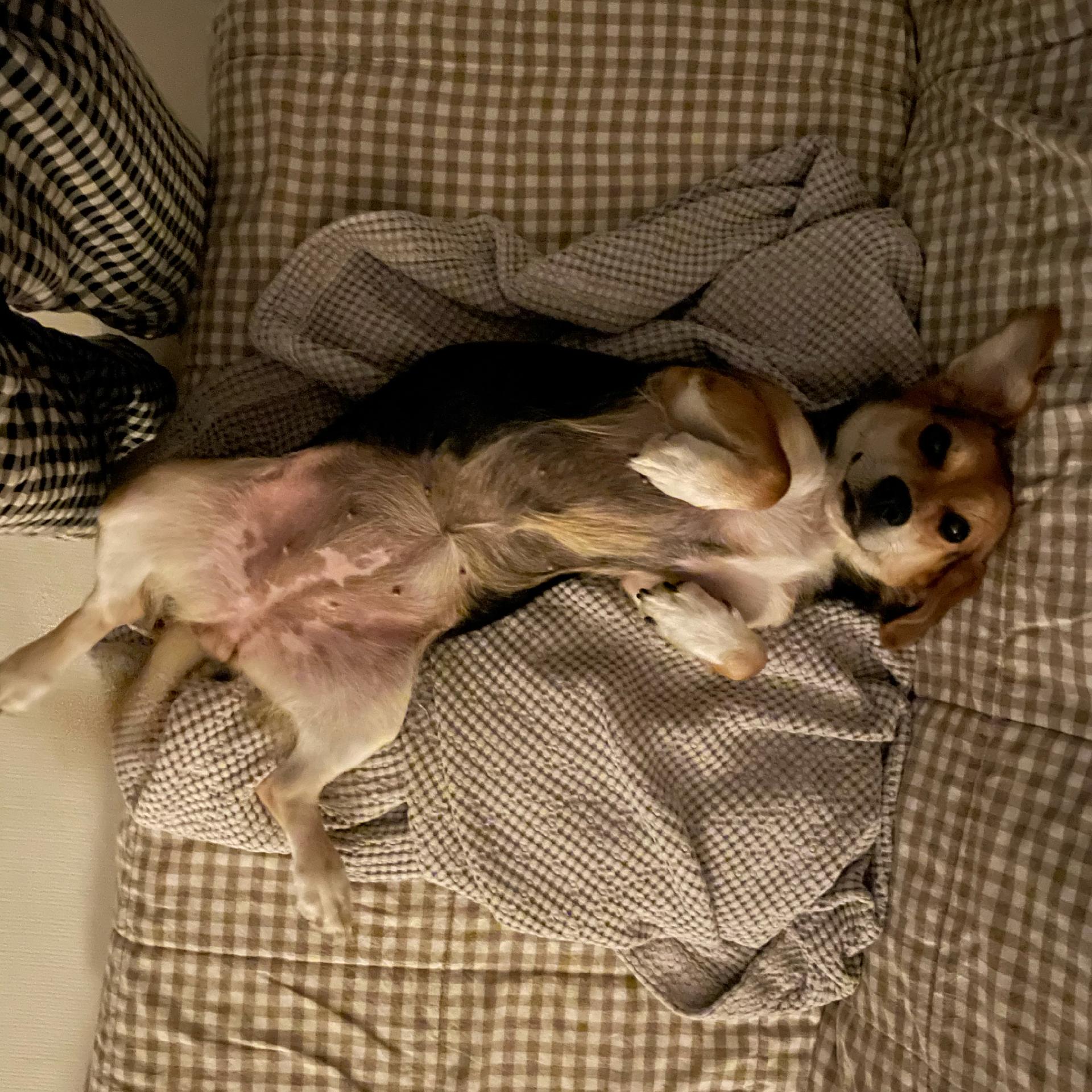 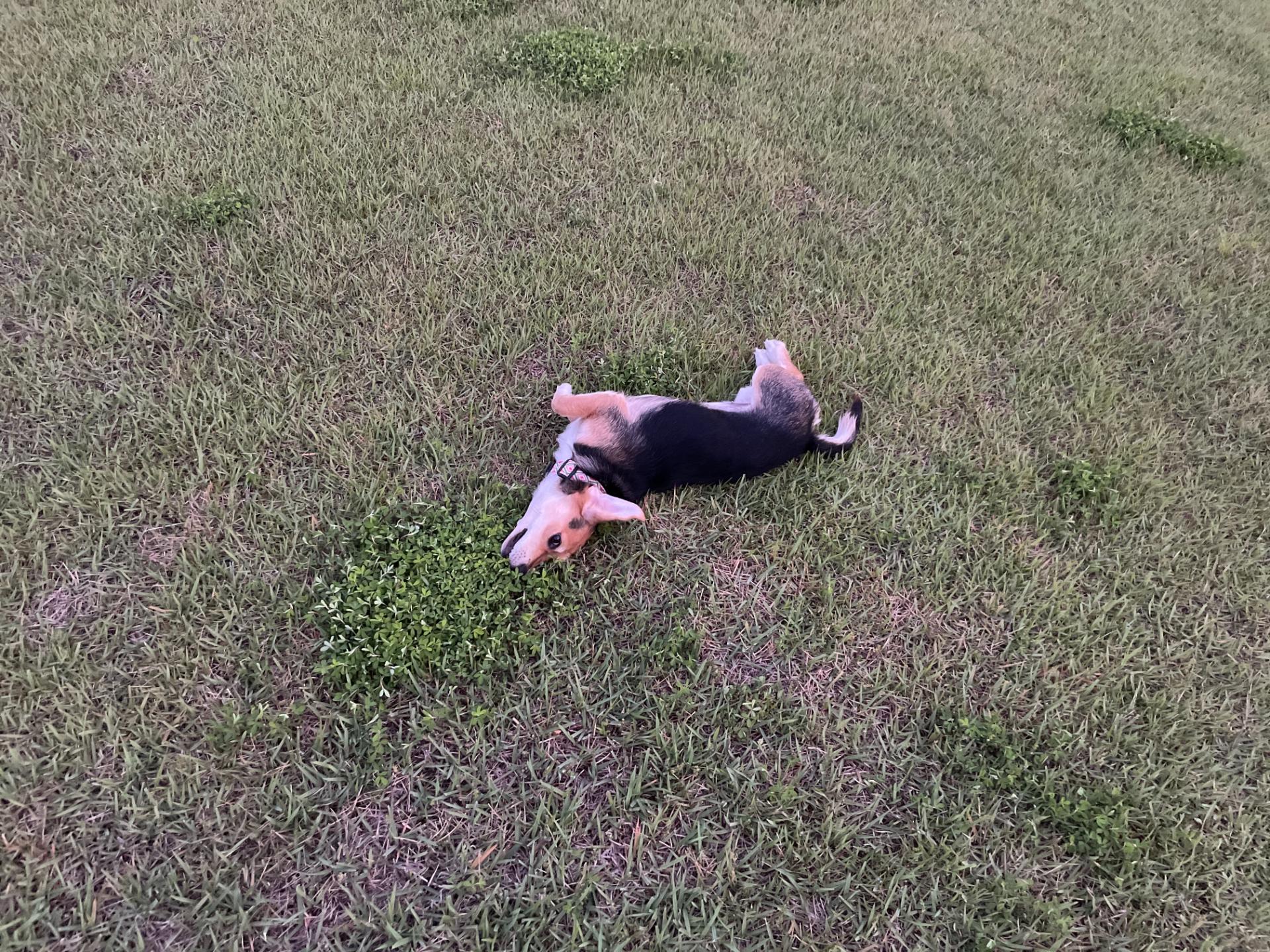 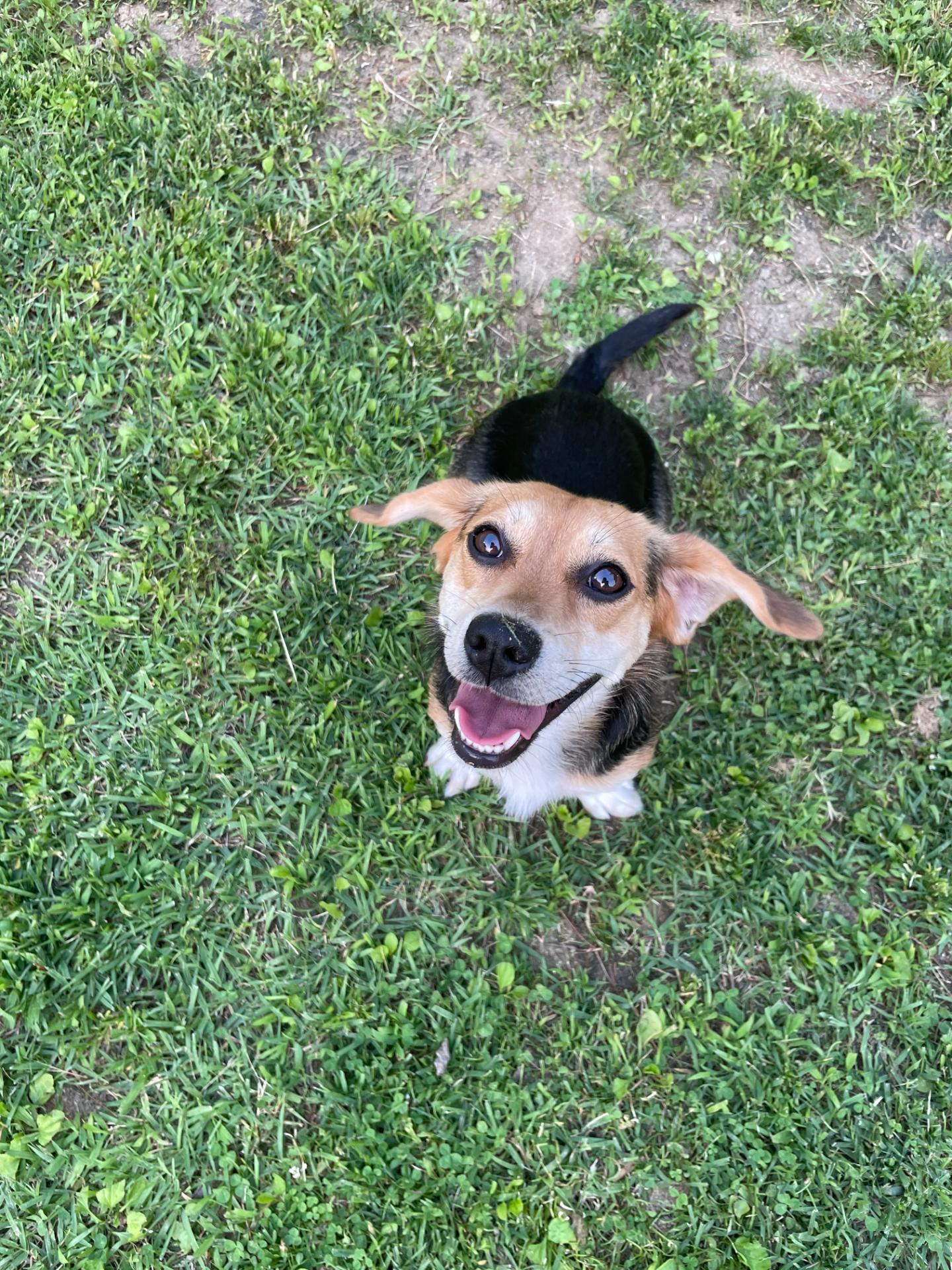 Ideal family
Cinnamon is very affectionate, and gets really attached to her family. She hates being left alone, and needs a family that can be around her a fair bit, and not leave her alone at home for long periods. When she is outside, her greatest happiness seems to be sniffing all over the place when she walks, so she would be quite content having her own garden where she could wander around freely..

With humans
Her family will always be #1 for her - they will always get her attention! She does respond to other people she may know, but she won’t approach strangers or show interest in them - she doesn't really care about people who she isn’t familiar with.

With dogs .
Cinnamon really likes all dogs, and she gets along well usually from the first meeting. When she does make friends, she loves to run with them.

With cats
She has encountered them, but hasn't really spend any time together with them yet. We think that based on her reaction when she sees them, she will get along fine with them, without any major drama.

Energy level
Cinnamon likes walk-time - You will need to make sure to walk her at least twice a day. She isn’t necessarily going to go too far when she is out - she’s happy to wander in circles sniffing, but she seems to enjoy her time outside.

Shedding/barking
She sheds a lot of hair and doesn't bark much, but she often whines.

Needs to work on
Cinnamon has a bit of separation anxiety - considering the life she had before she was rescued, it’s no surprise that she gets attached to people and doesn’t want to let them go. She is also quite shy around strangers, and a bit afraid of men - but we expect that she will have no problems overcoming all of these with patience and training.

Health concerns
You may need to pay attention to her ears, to keep them clean and healthy - this is necessary with beagles. Her vaccinations are complete, and she has been spayed.