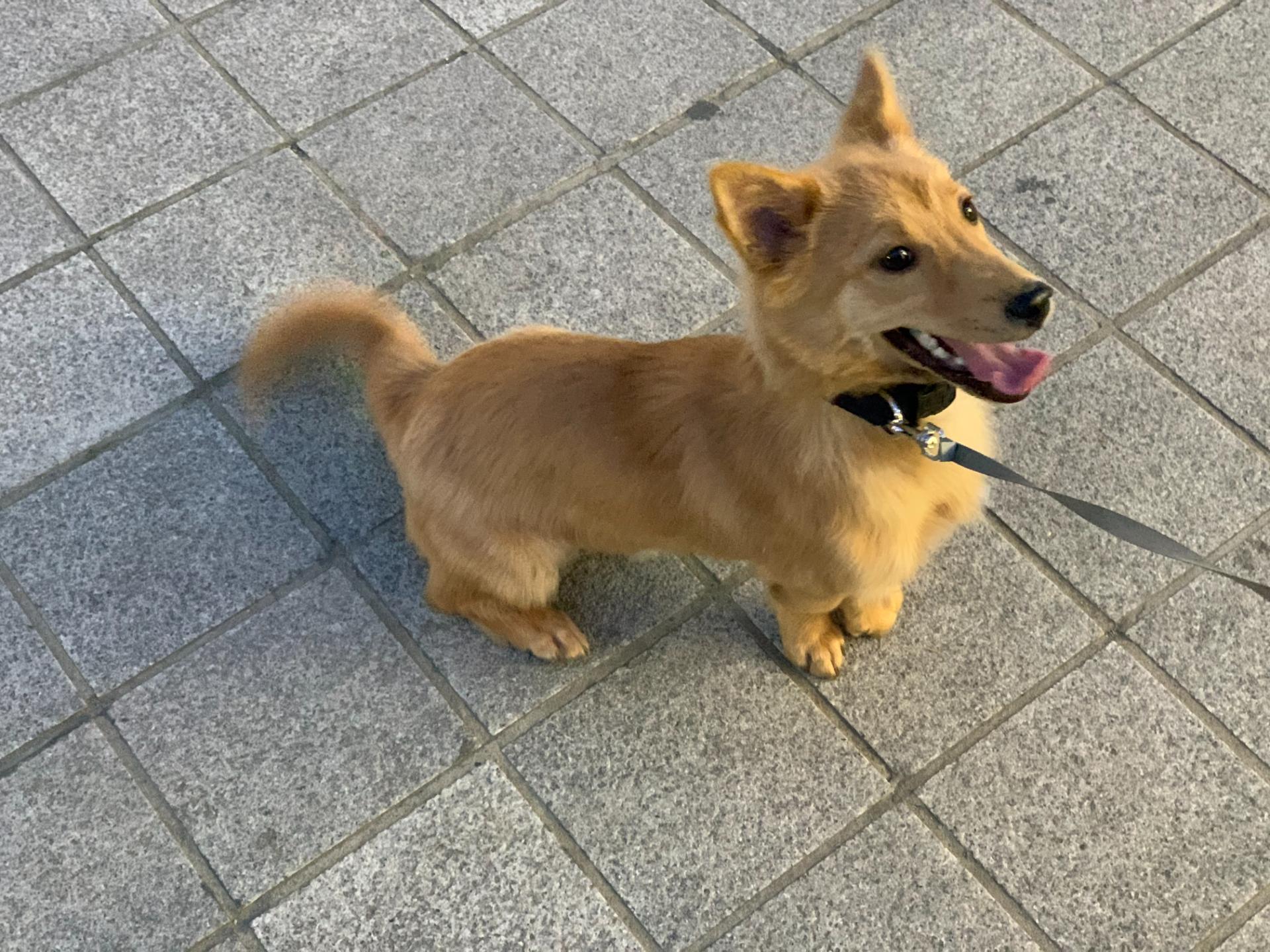 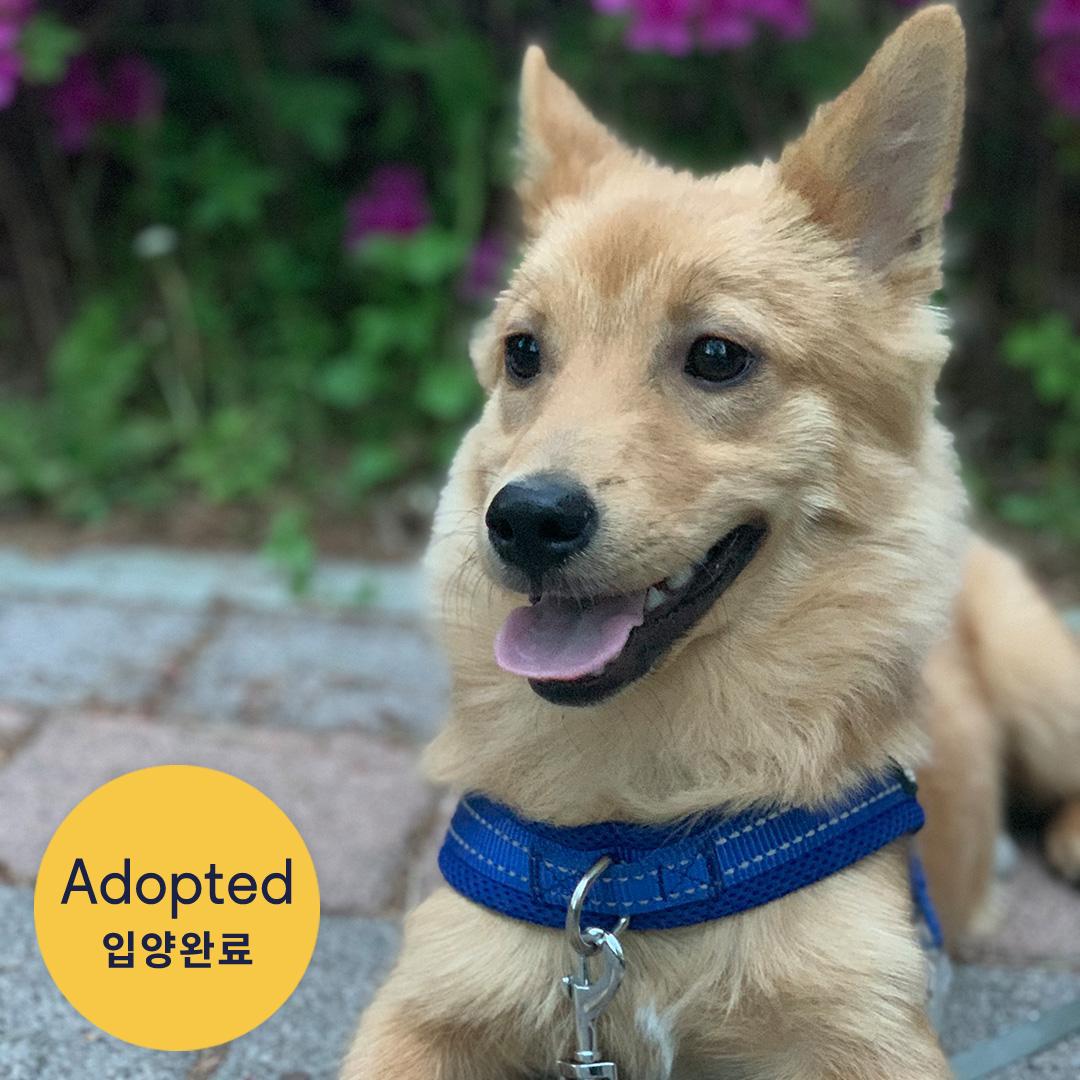 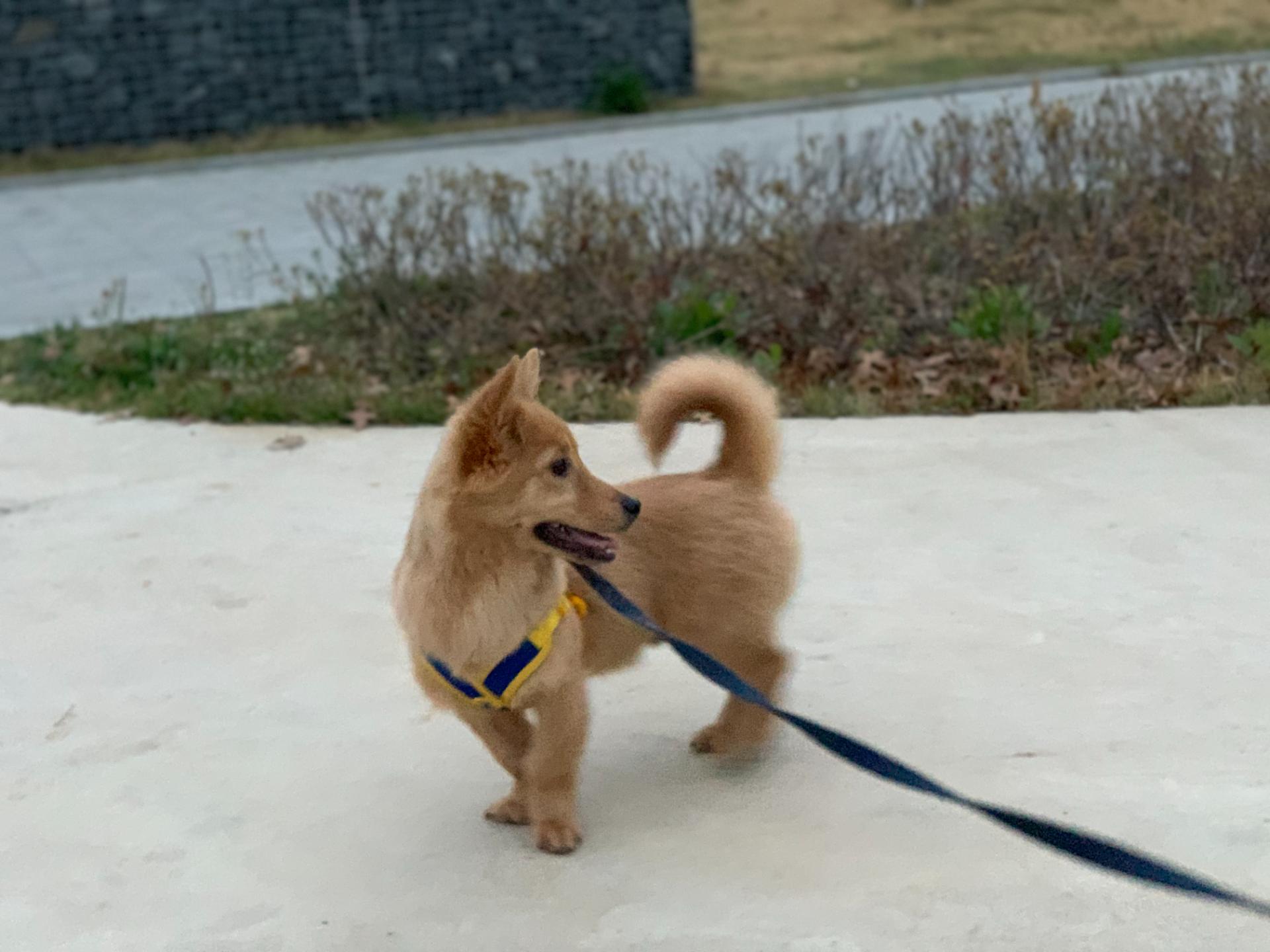 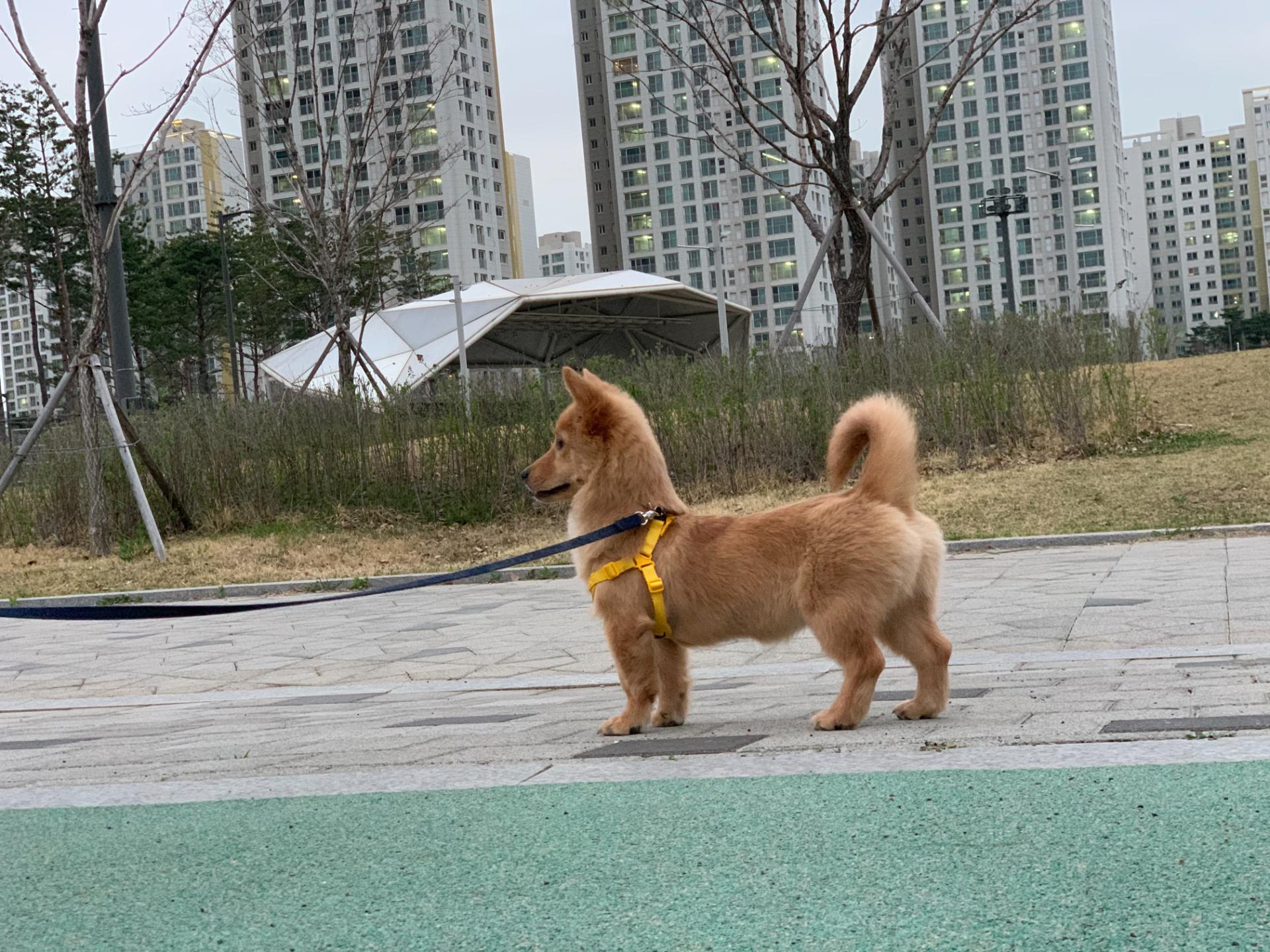 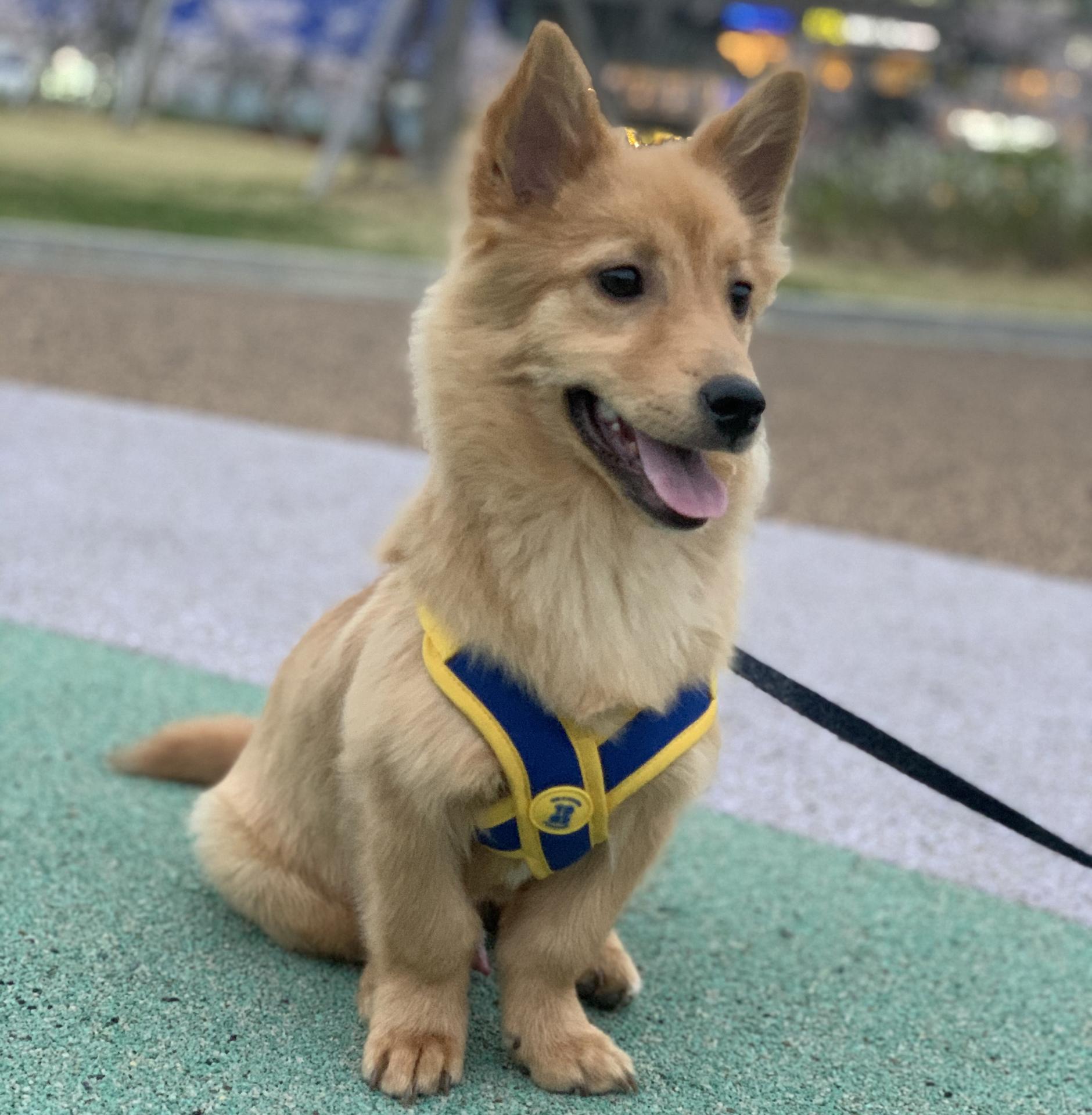 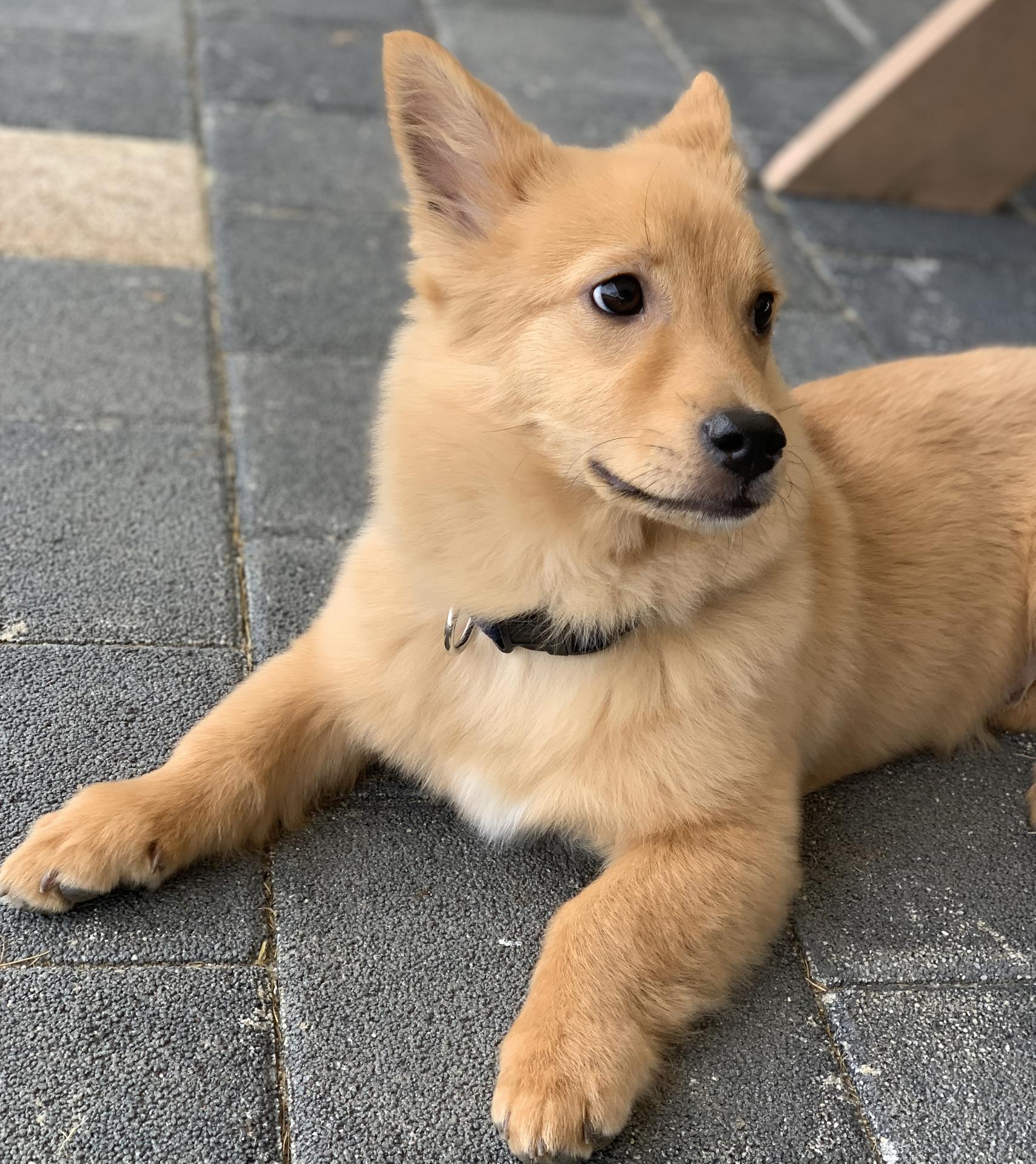 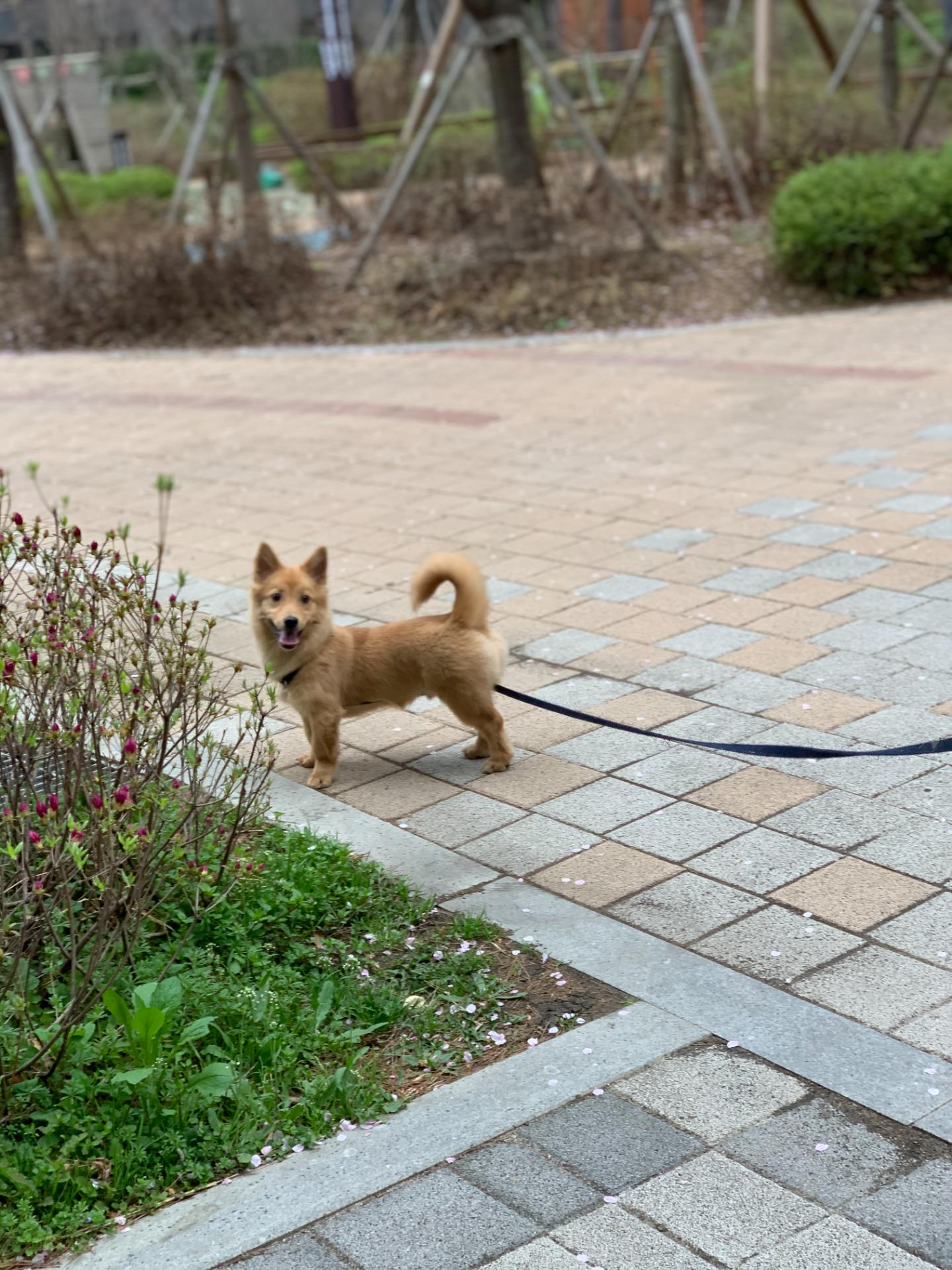 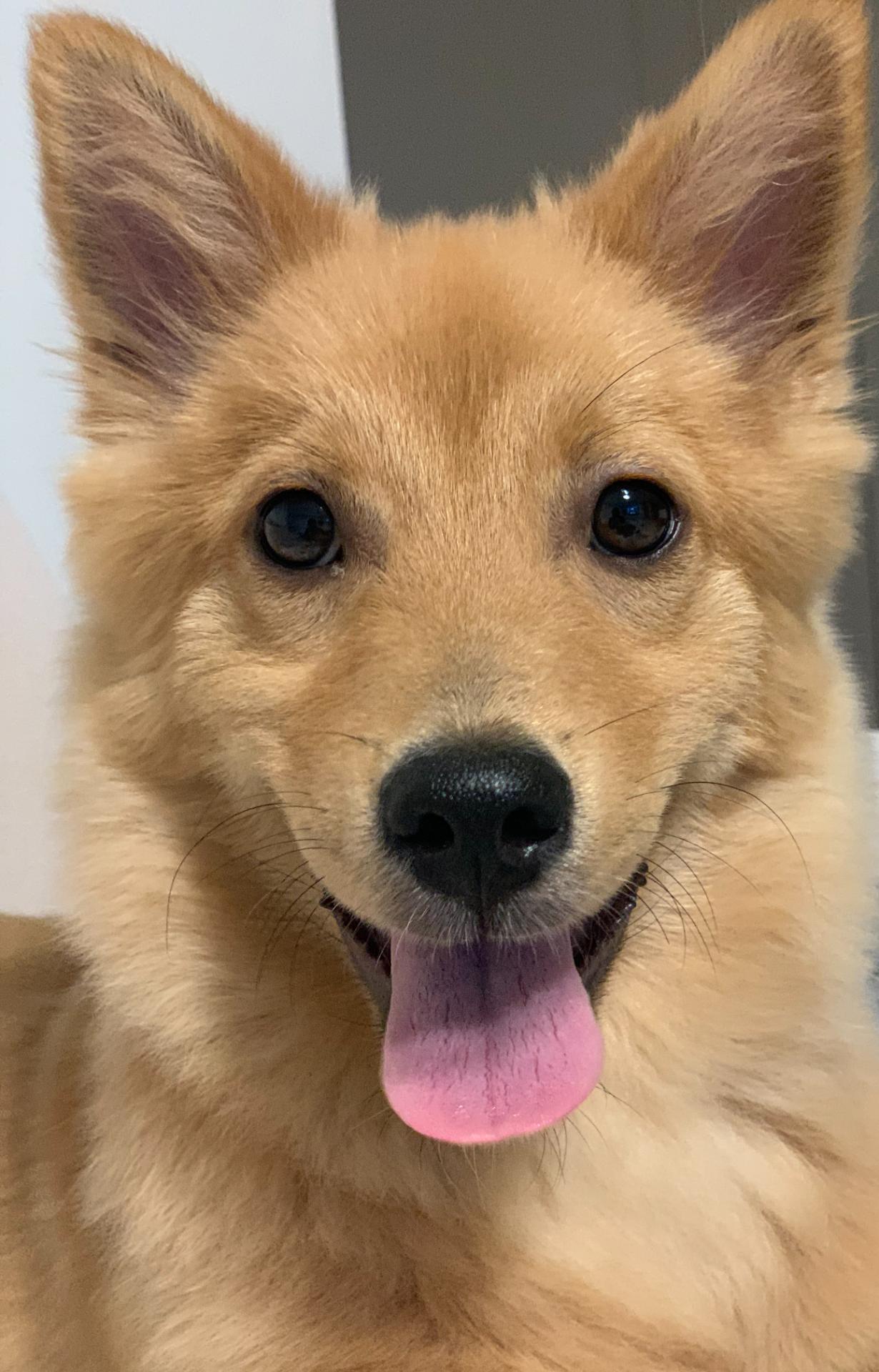 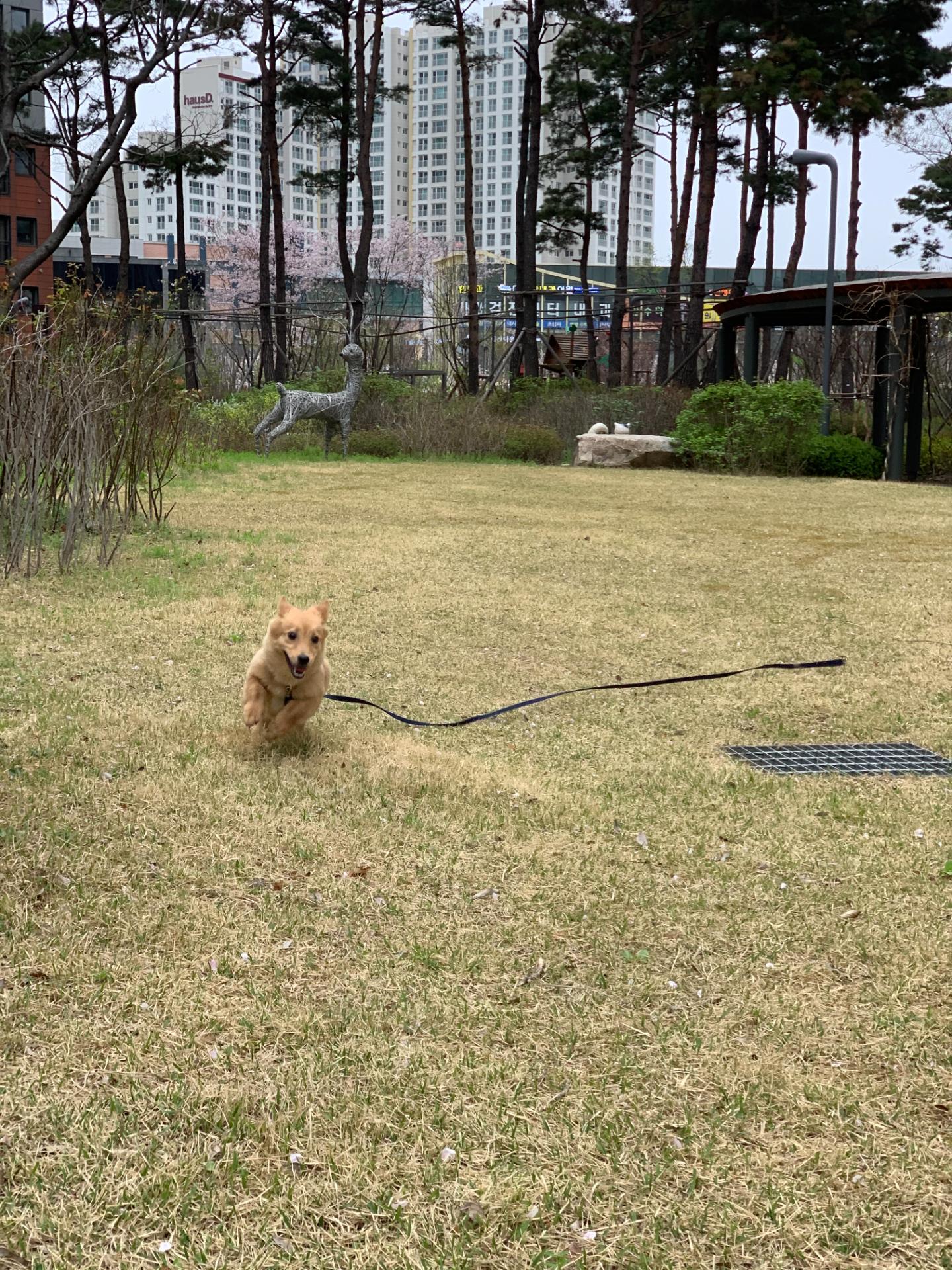 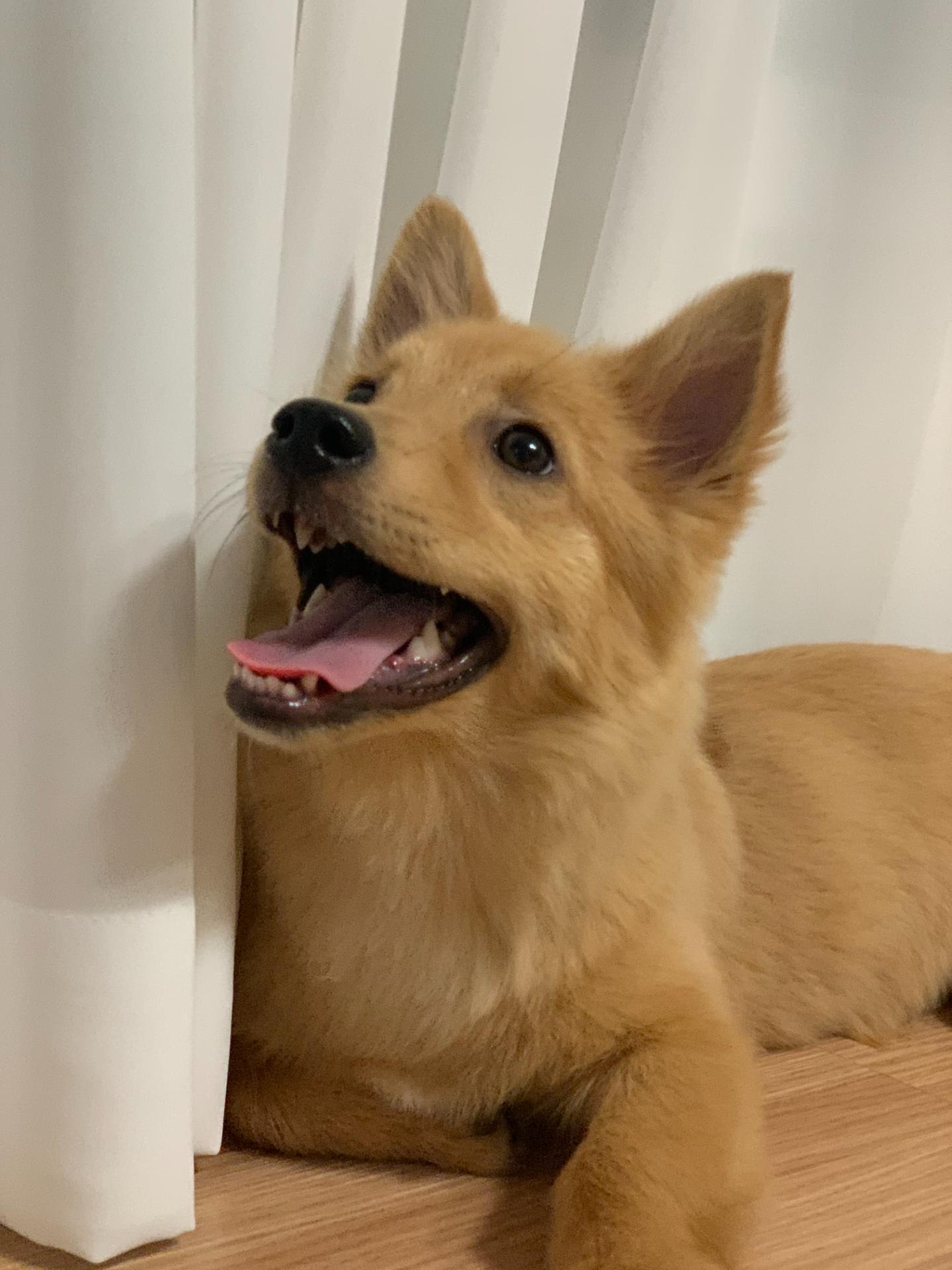 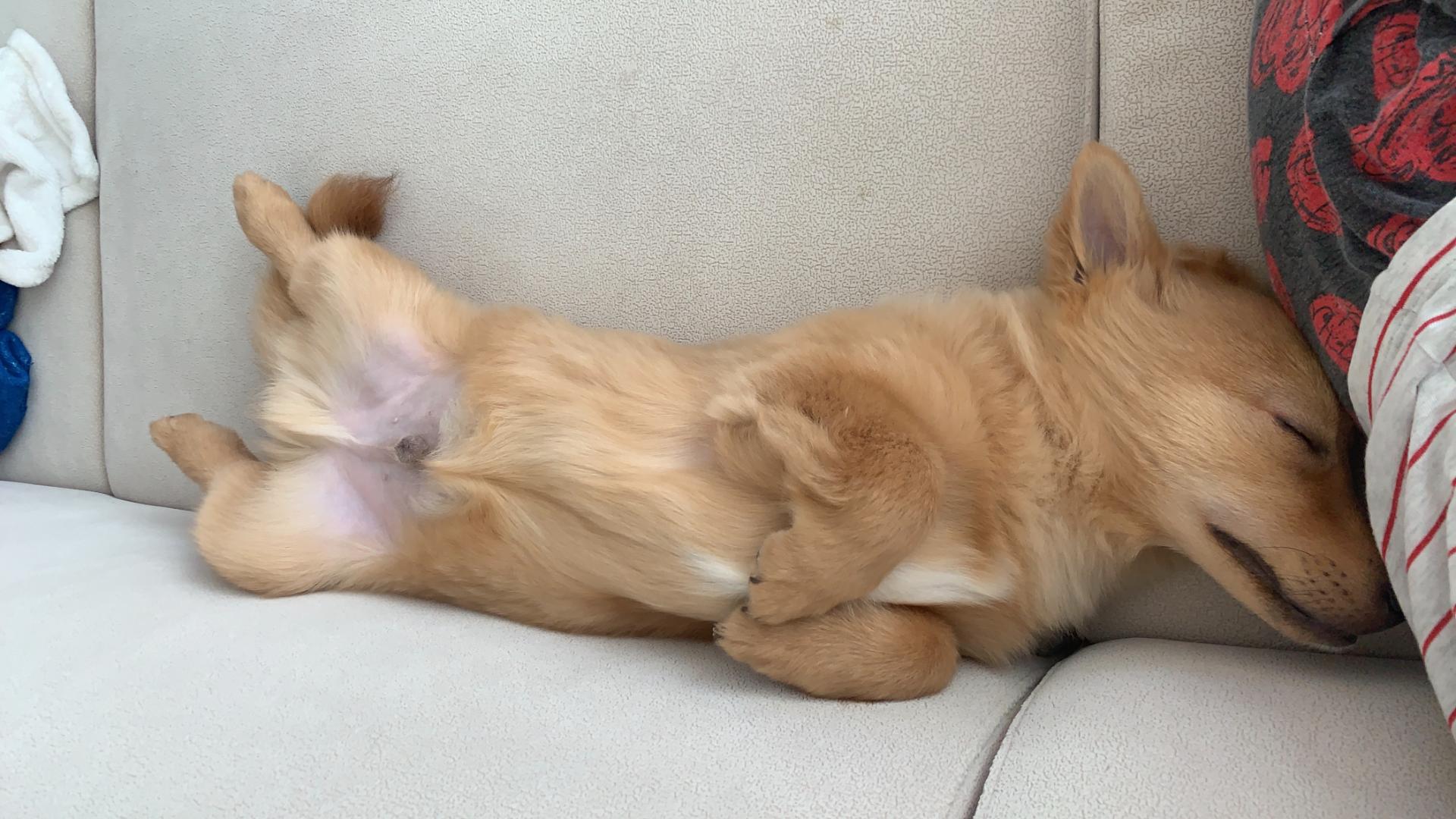 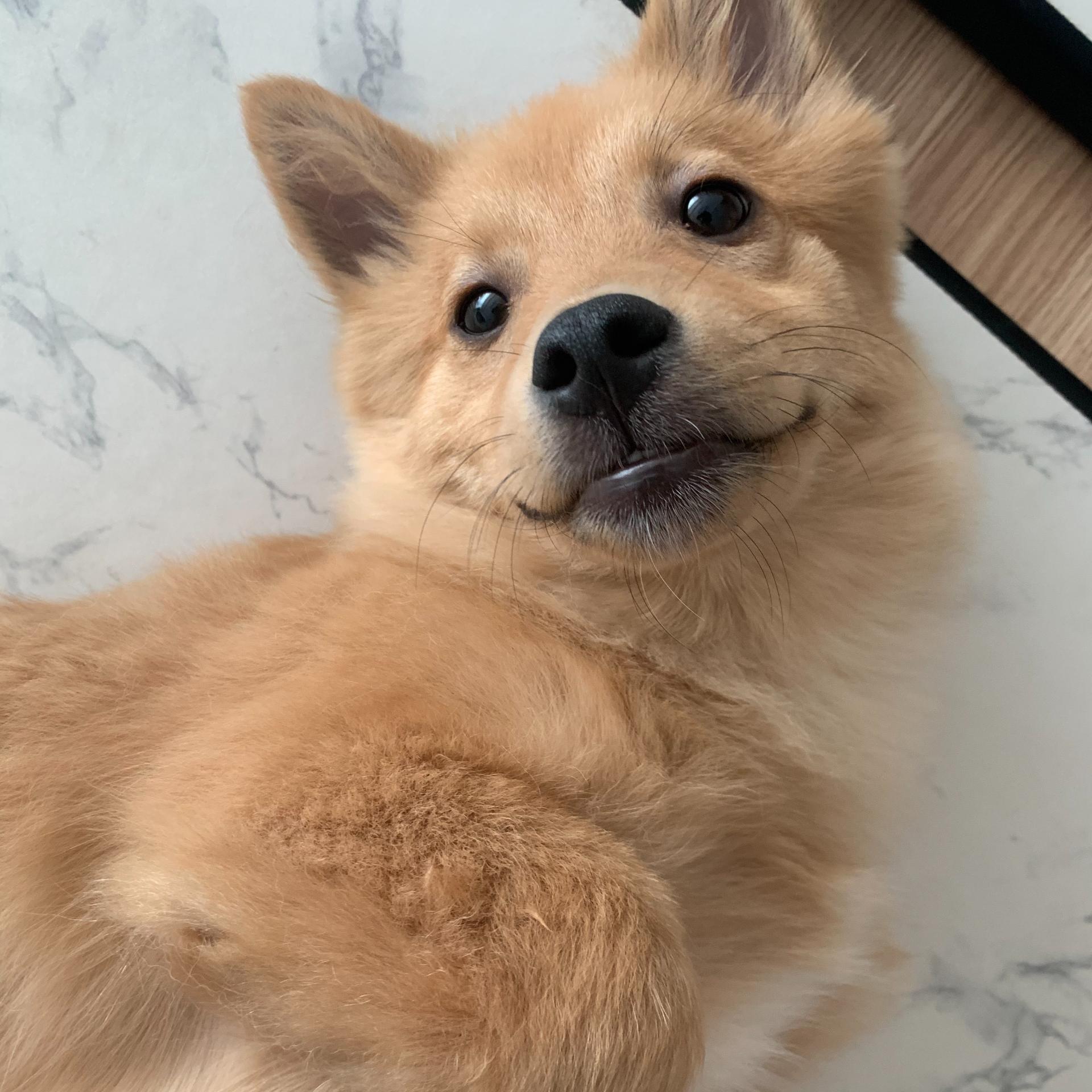 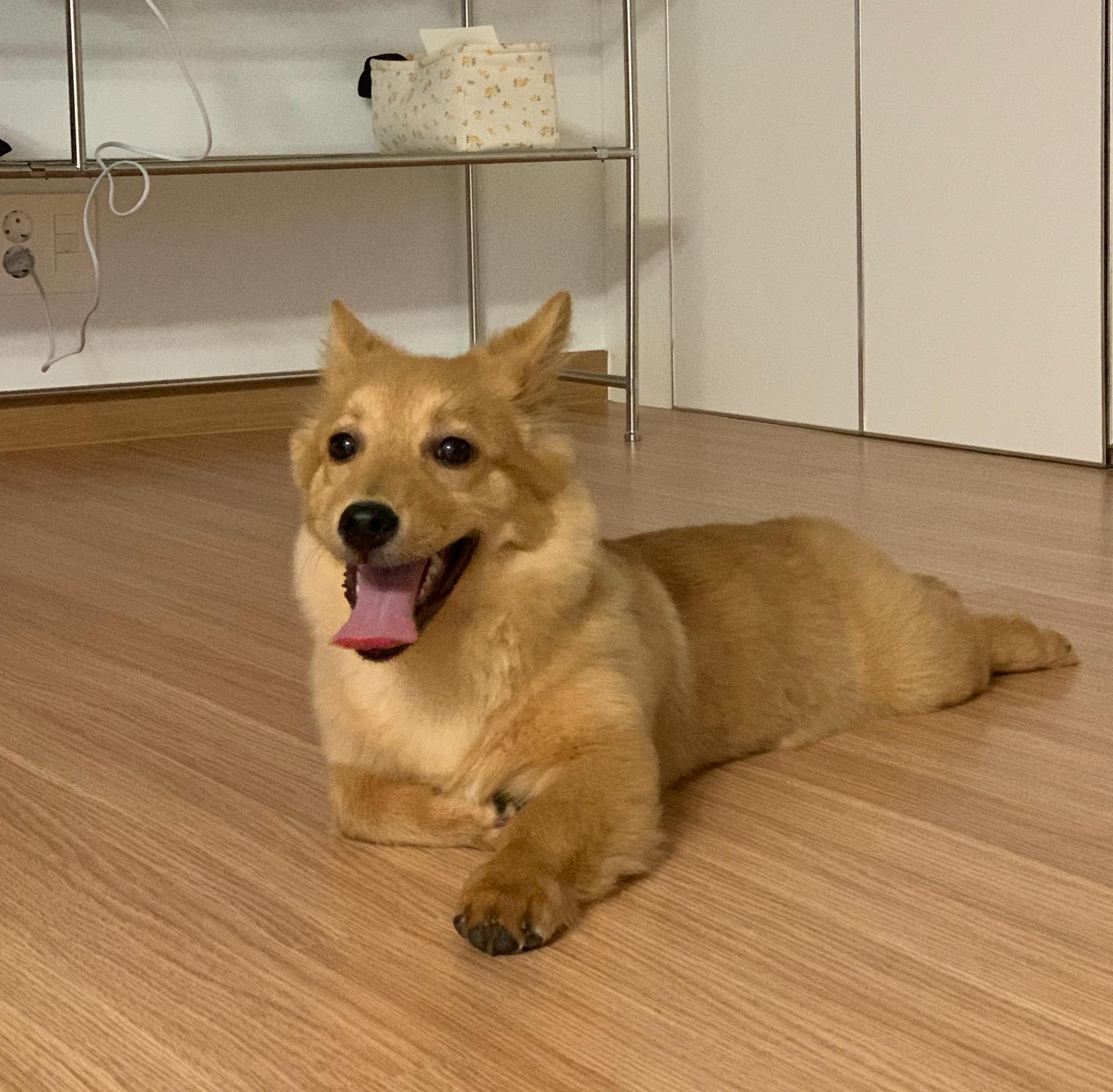 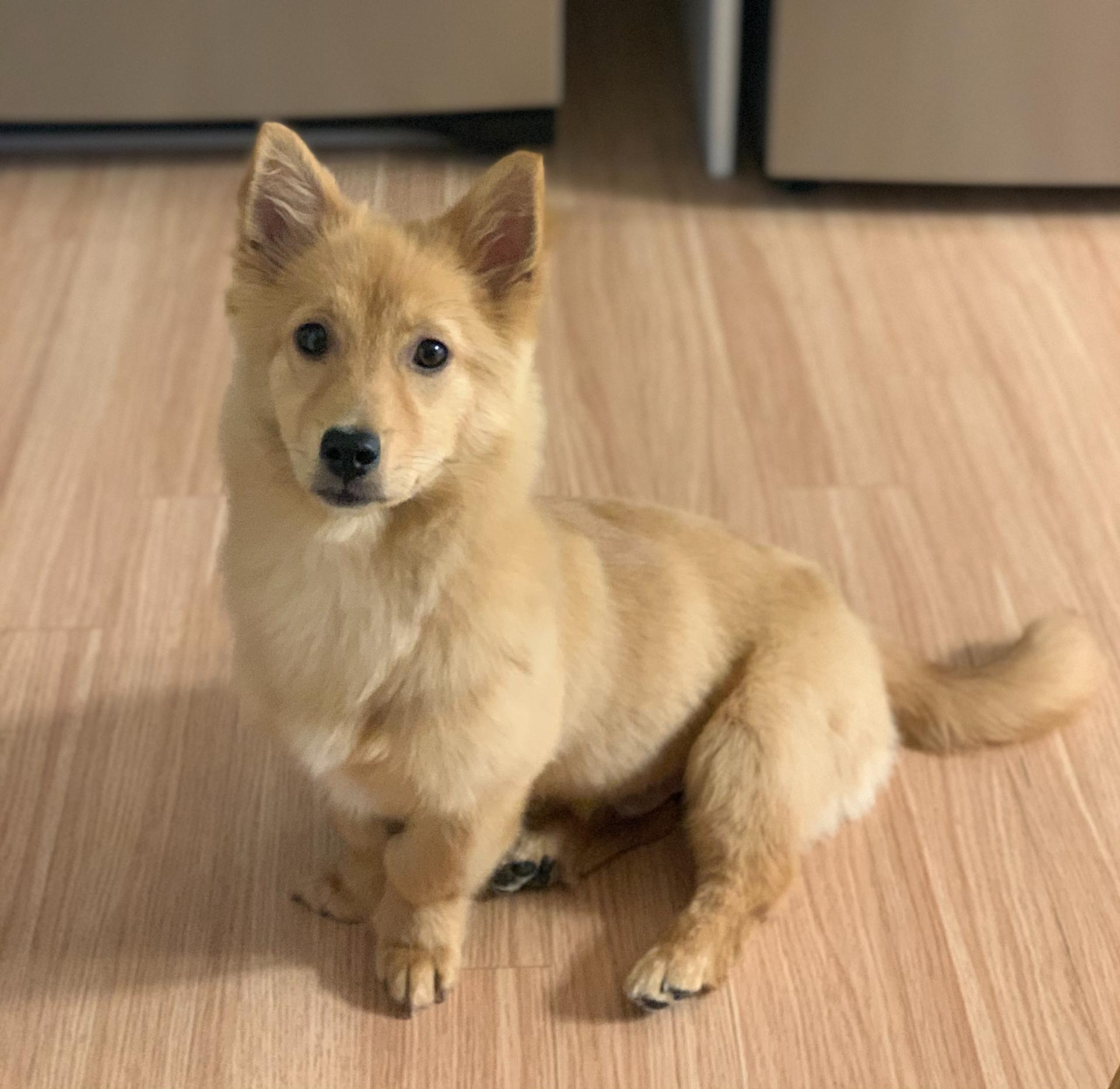 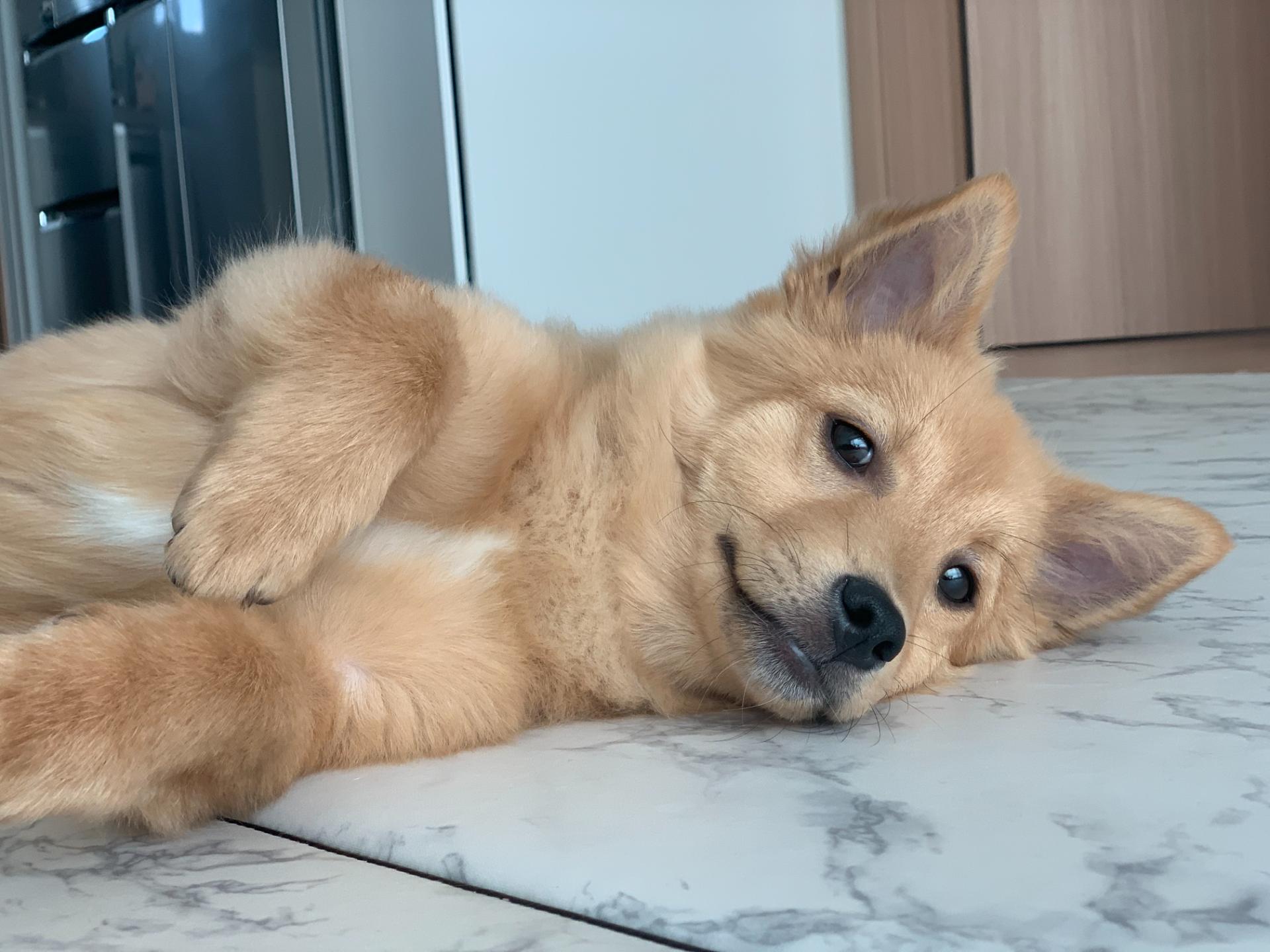 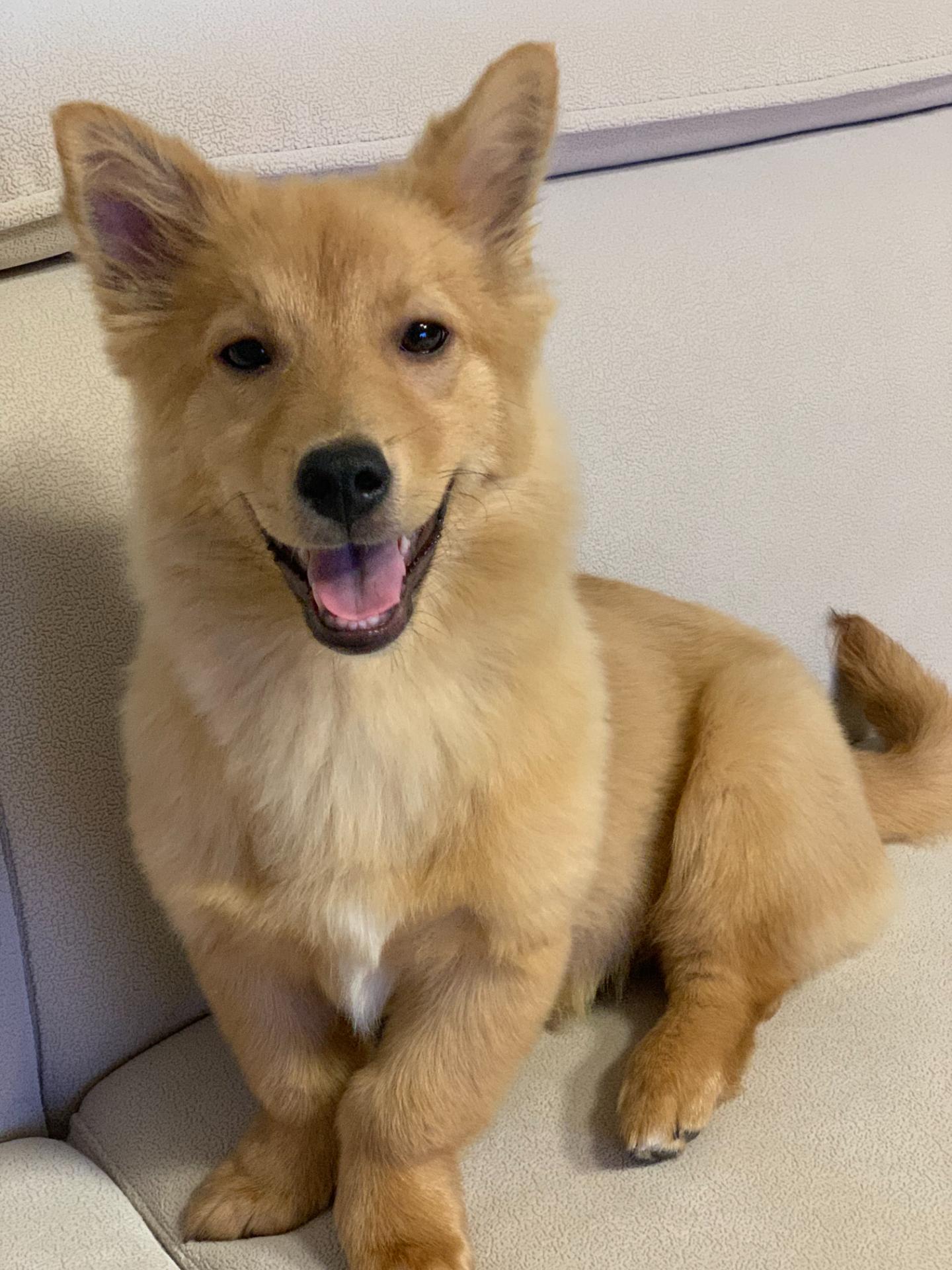 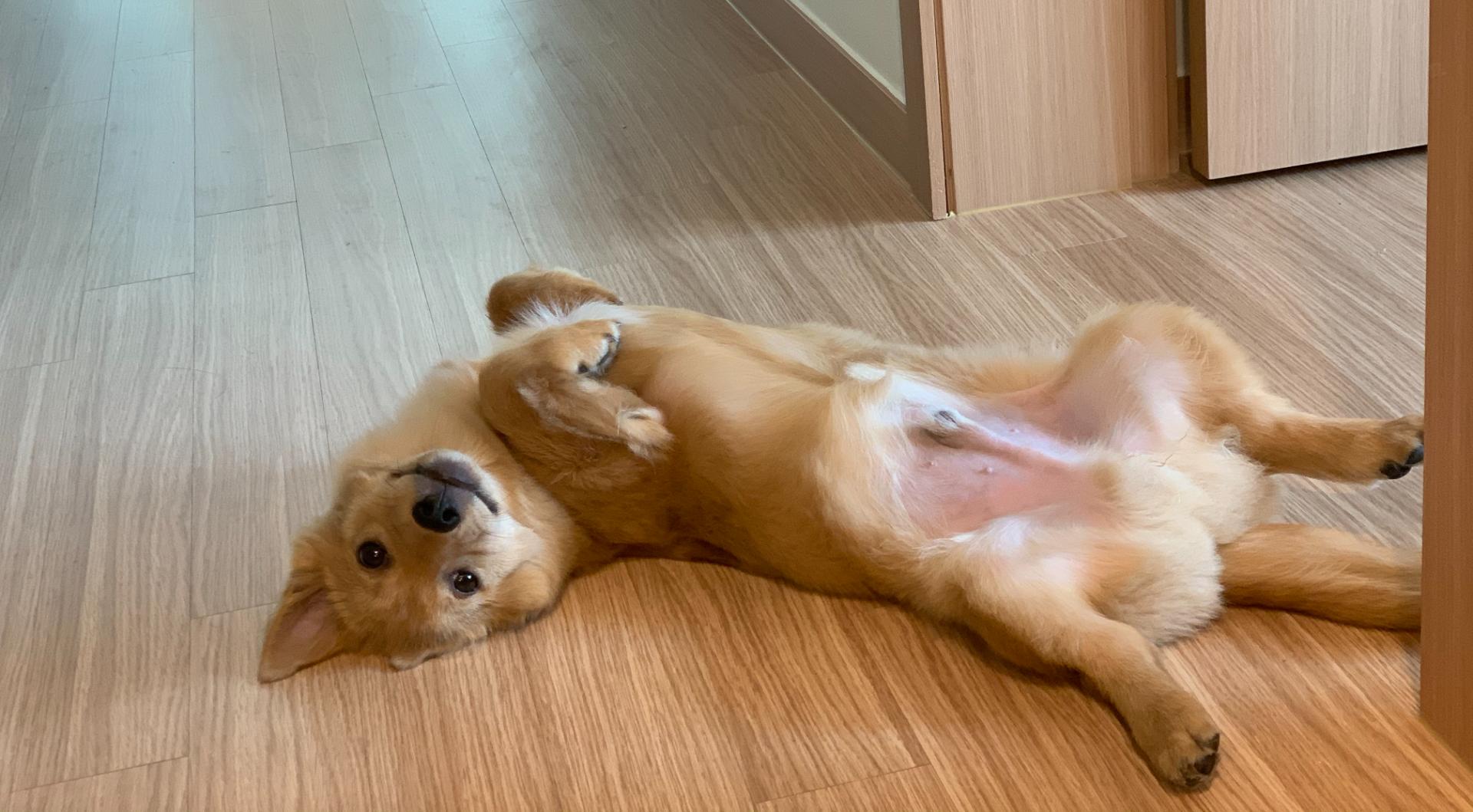 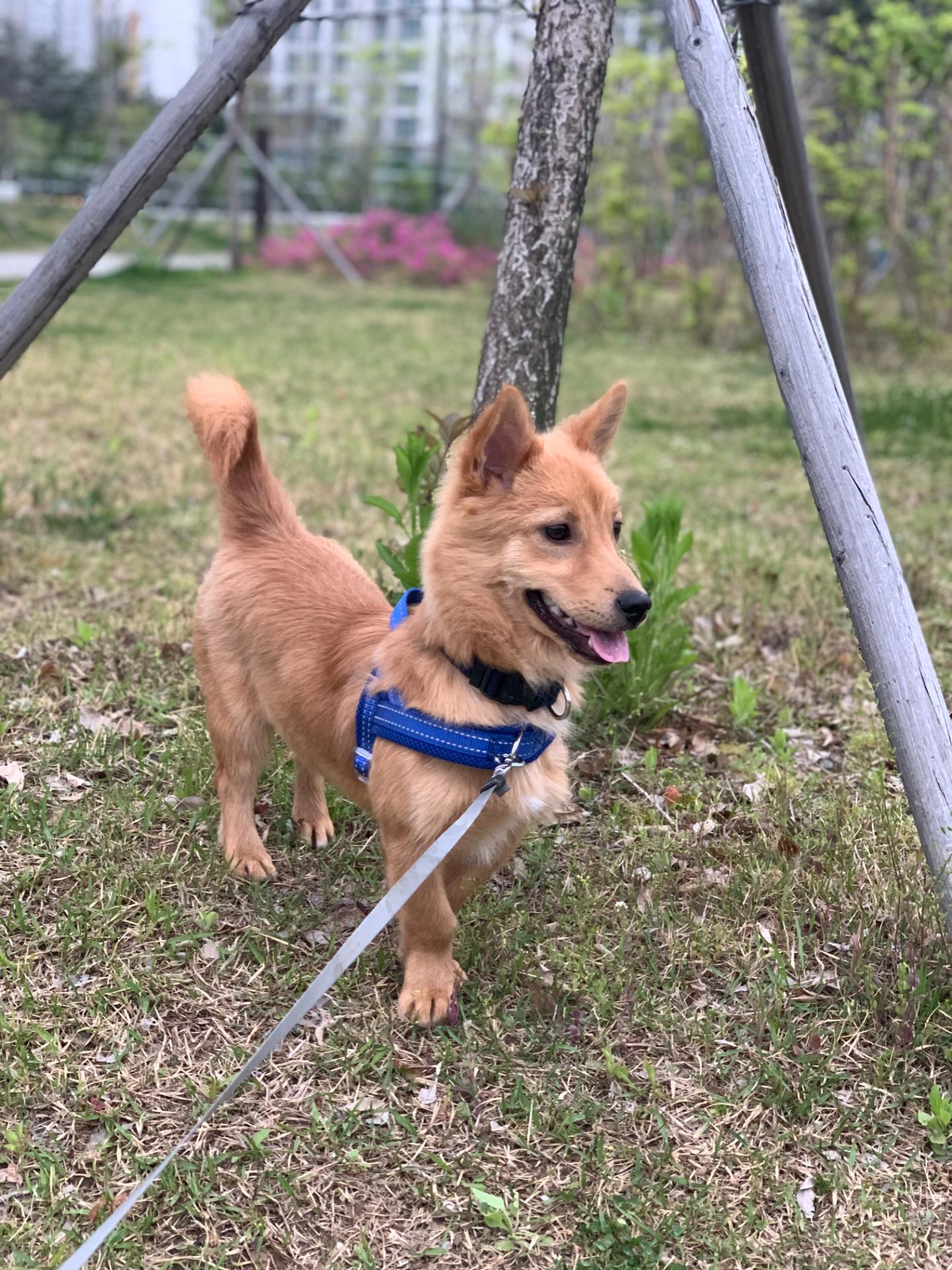 Rescue story
Buzz is just a 5 months old, a mixed breed puppy rescued with His brother. He is from a from a “shelter” in Inje, where he was kept in one of those cruel “floating” cages with wire floors, built on stilts to let the waste fall through, so he had never felt the ground under his feet.

Ideal family
Buzz has the sweetest disposition, He is so gentle. Based on what we have seen of him, he would want to spend a lot of time with his new family. We think he would be the perfect fit in any home, and he will be loved no matter where he ends up. His ideal home would be a family who would be willing to interact with him, play with him, give him attention, and He will return that love many times over.

With dogs
Loves other dogs! When he meets a buddy, he jumps up and down in joy.

With humans
He really likes all people, people He knows and those He meets for the first time. When a new person comes to the house, hemay be on the alert at first, but when he knows you are going to be gentle with him, he will very quickly conclude you are hisbest friend, and then his tail starts going and he shows off His charming self. Hebehaves perfectly with small children and babies.

With cats
He has never interacted with cats at all, even when He sees them outside.

Energy level
He does have a lot of energy and He needs to get out for walks at least twice a day. Three hours outside is enough to make him a little tired, but he enjoys every minute outside. He is fine amusing himself on His own, but He definitely likes it more when someone plays with him.

Shedding/barking
There is a lot of hair loss, even with brushing you can expect to see his hair on furniture and clothes. He is pretty quiet, despite His energy - there is almost no barking.

Needs help with
While he is housetrained perfectly, and prefers to go potty outdoors, His bowel movements are very infrequent. He may not react to cats or dogs, but he does get very excited about birds outside; He will want to take off after them, and you’ll need to control him and calm him down.

Health issues
He licks his skin a lot, and it may be quite sensitive; using medicated shampoo seems to help with this.