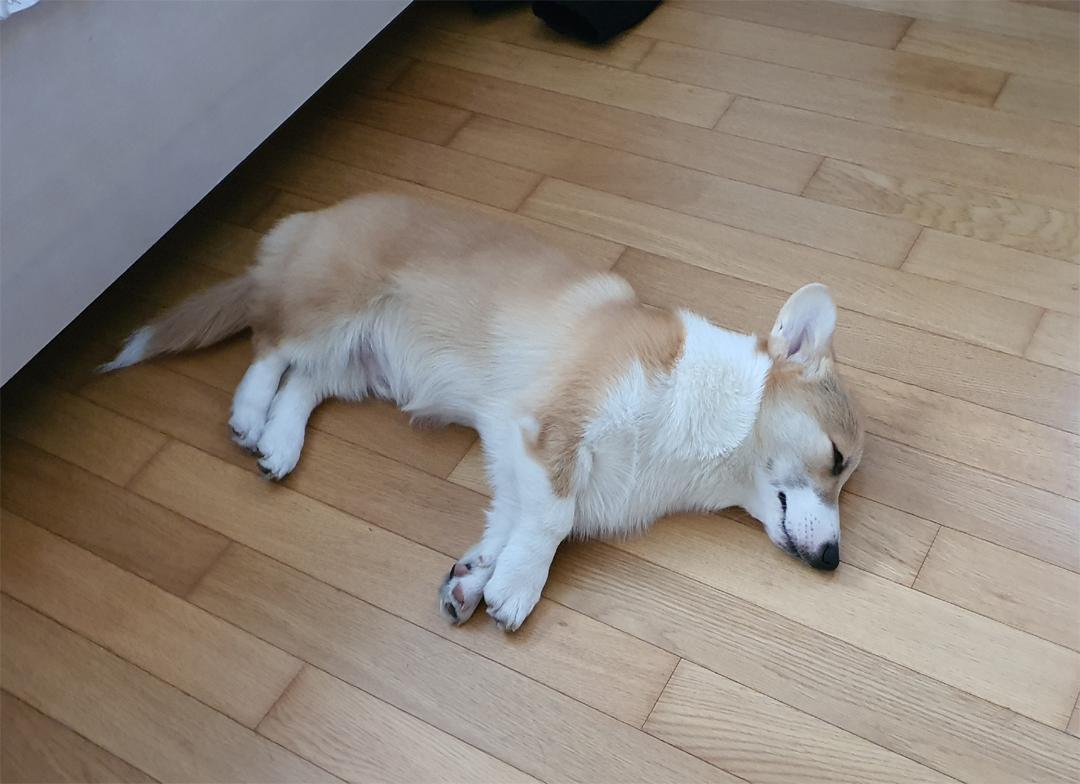 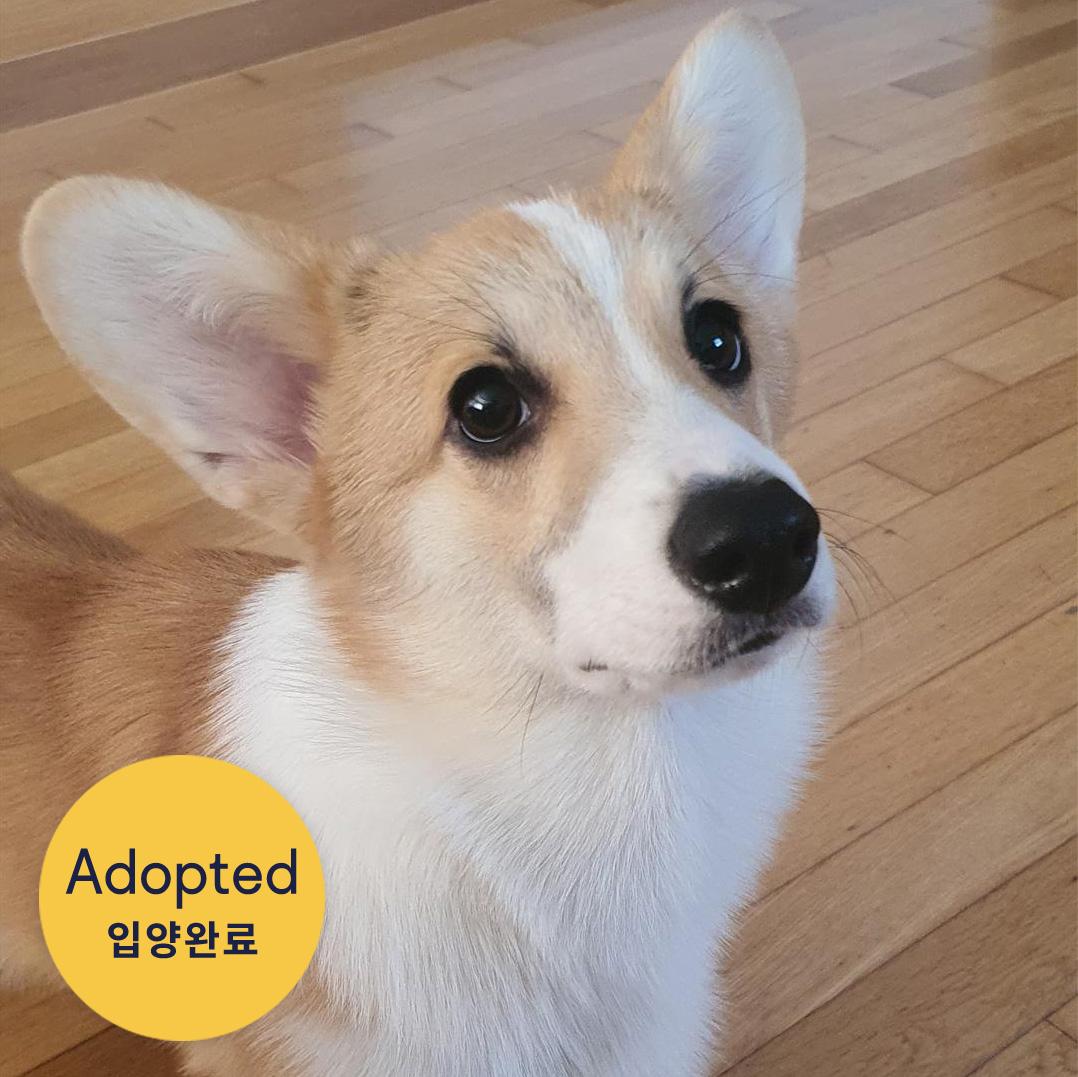 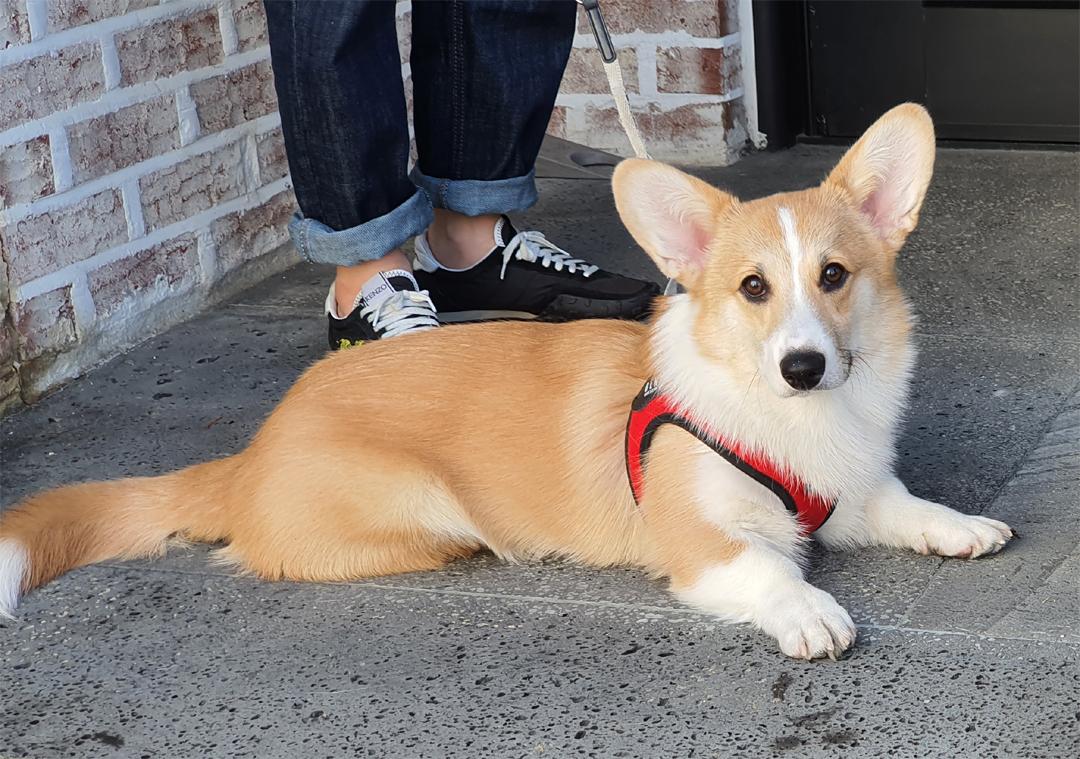 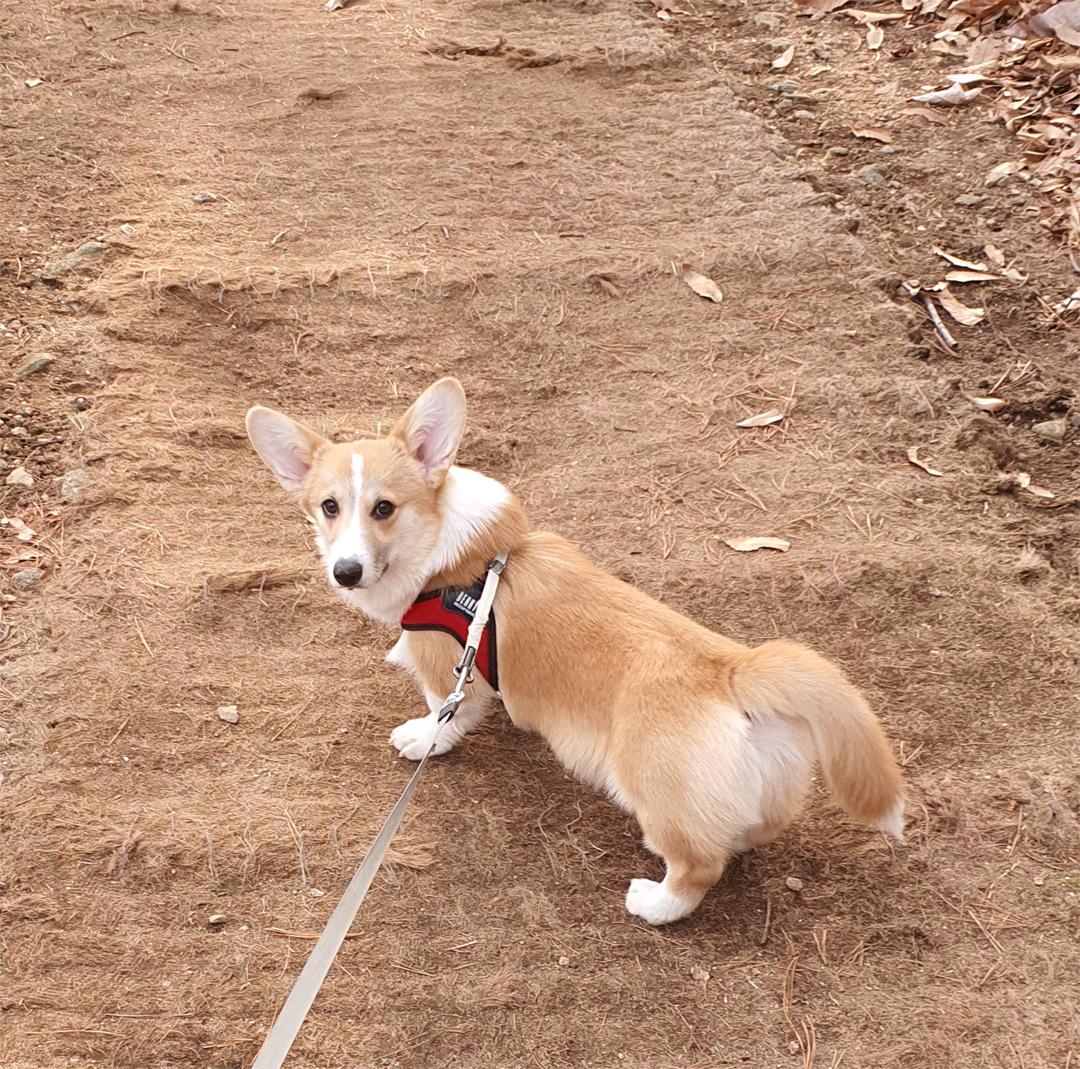 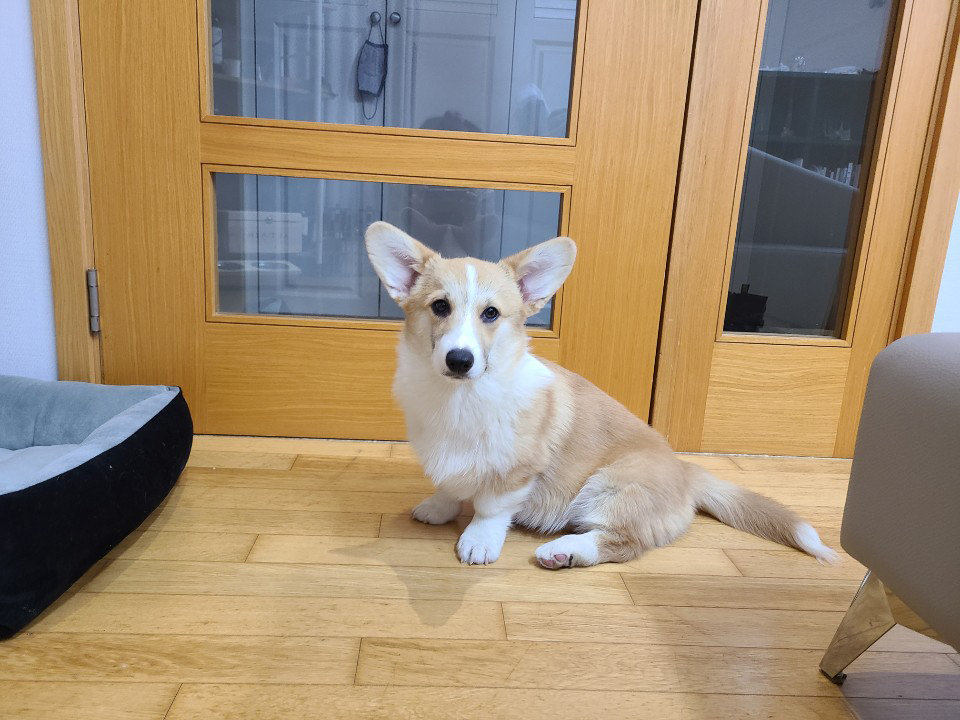 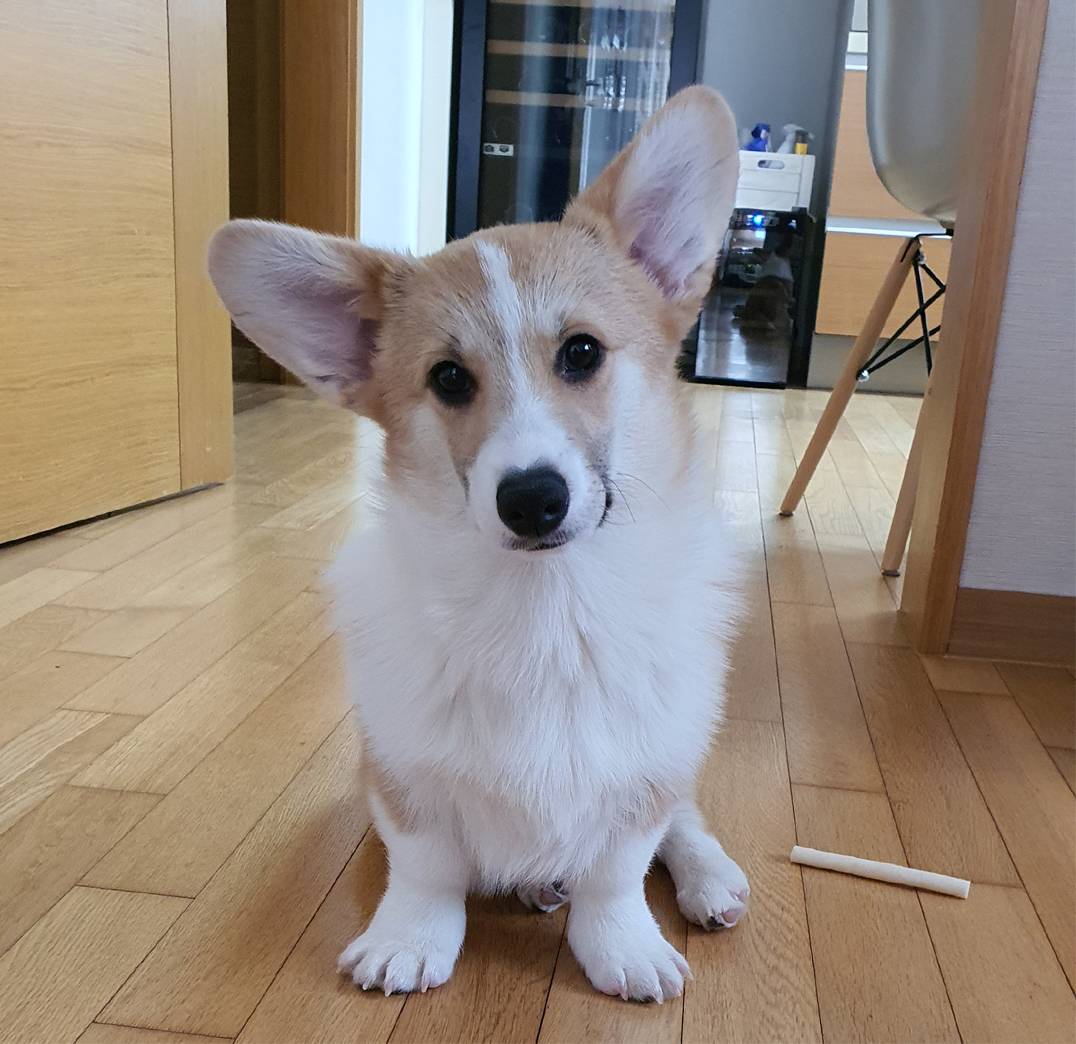 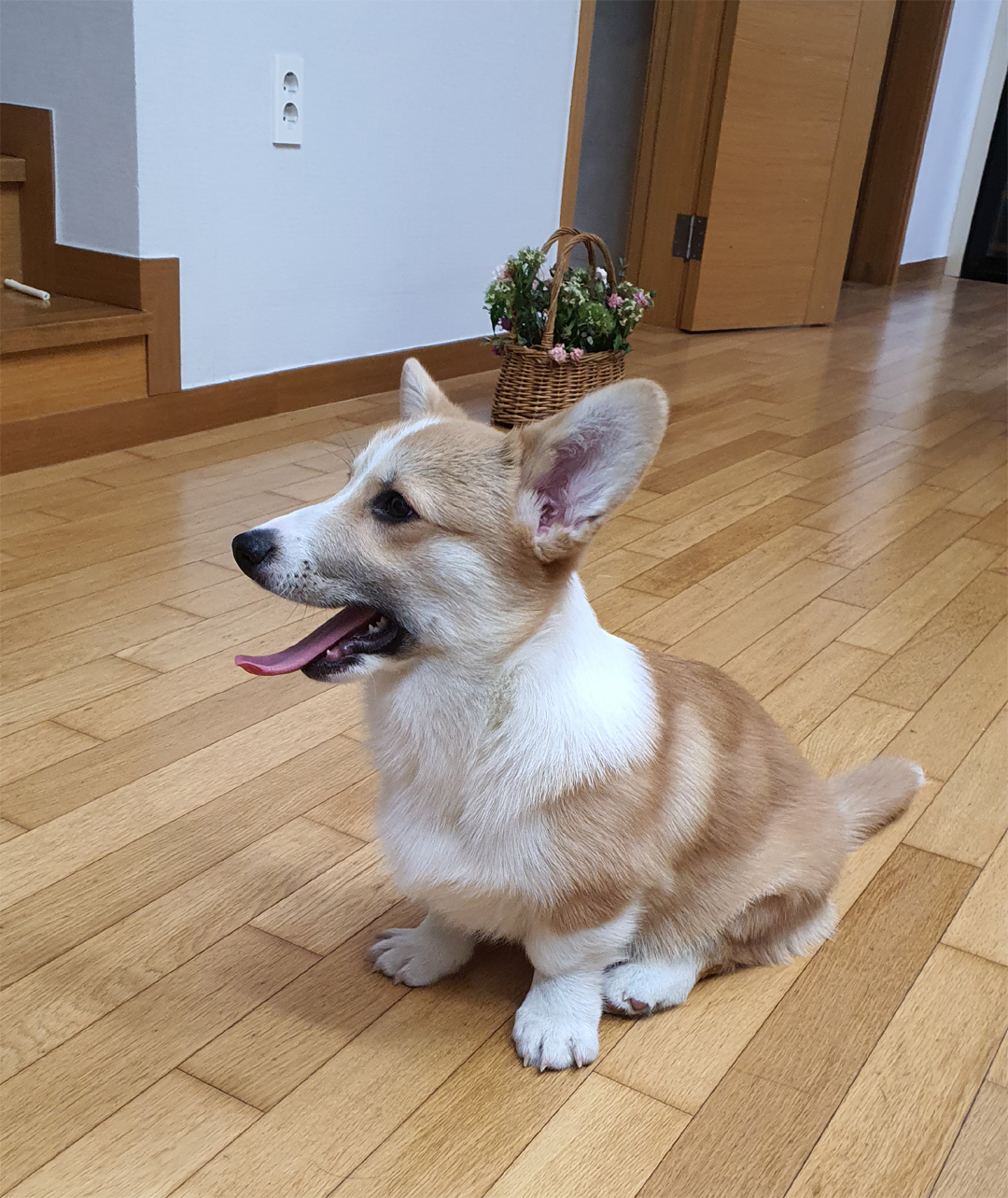 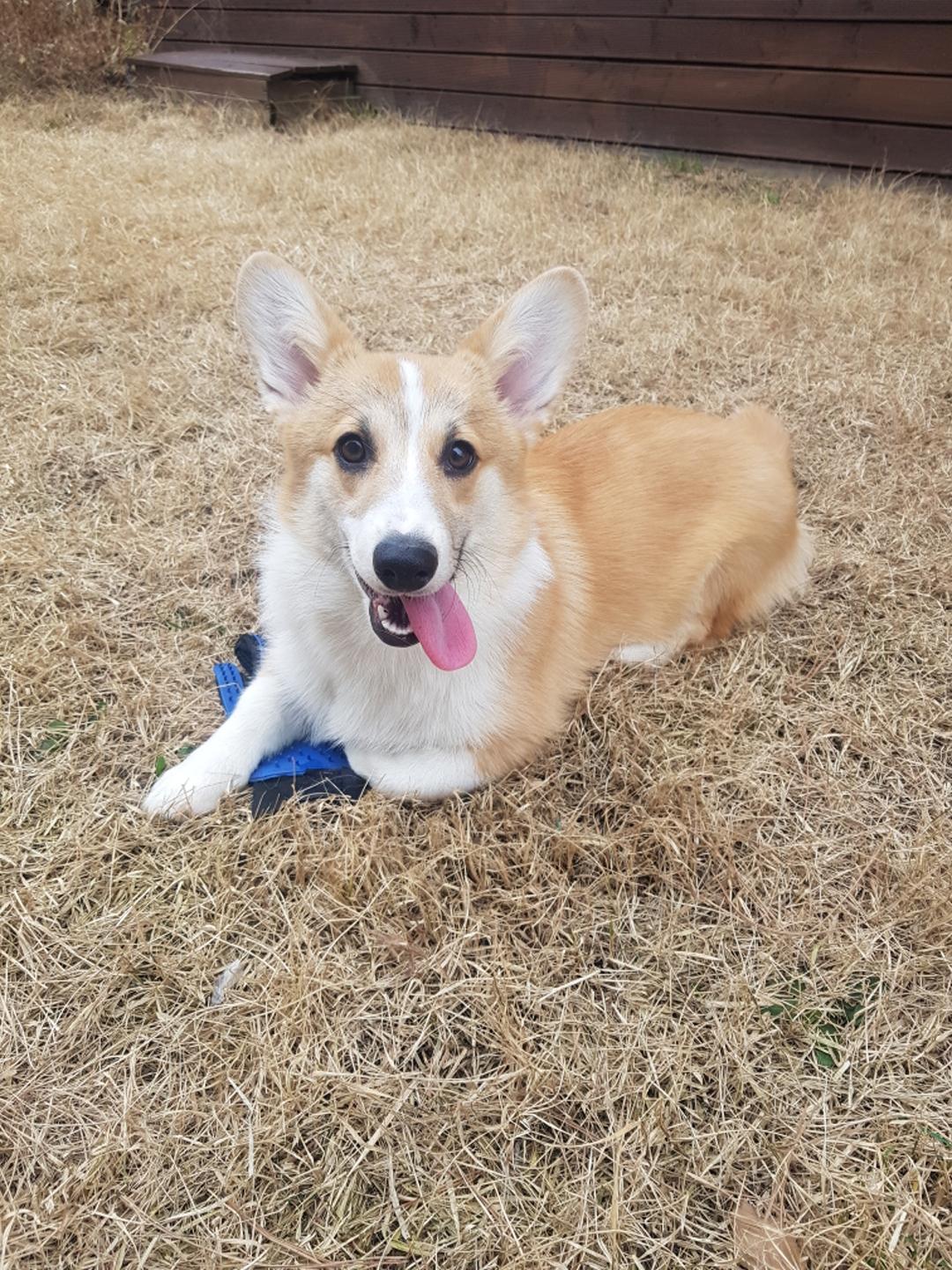 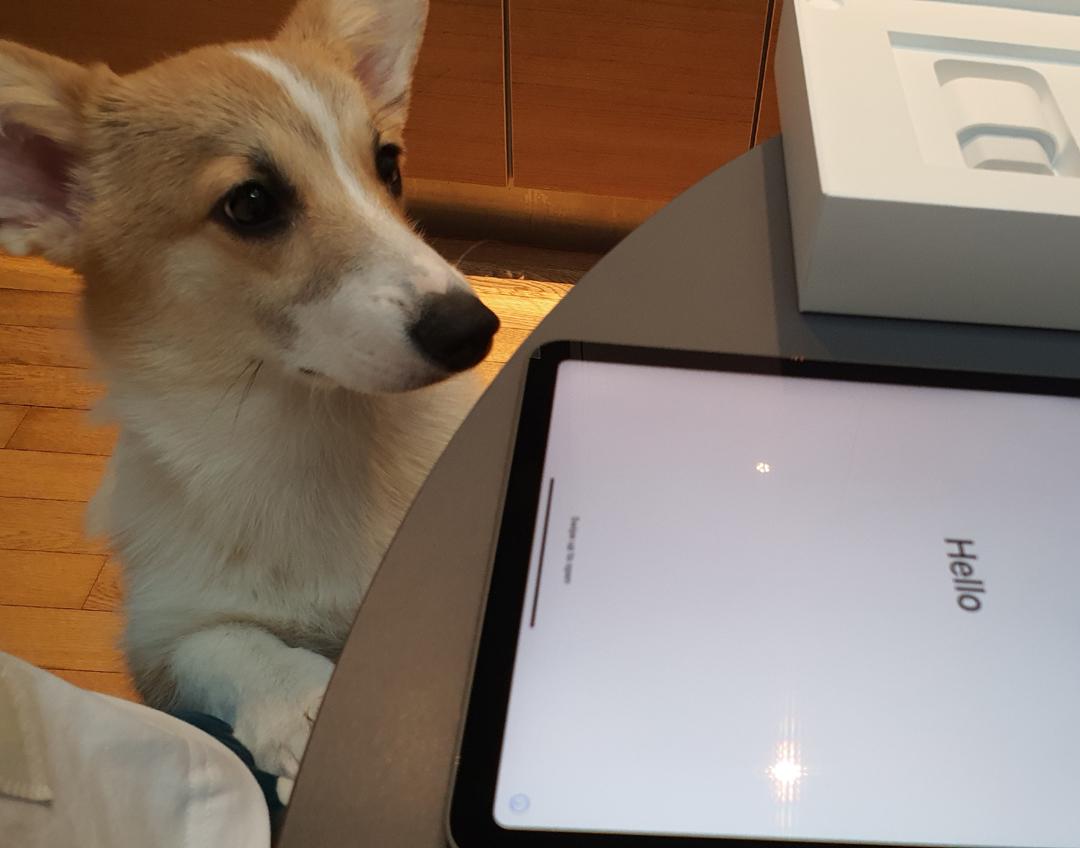 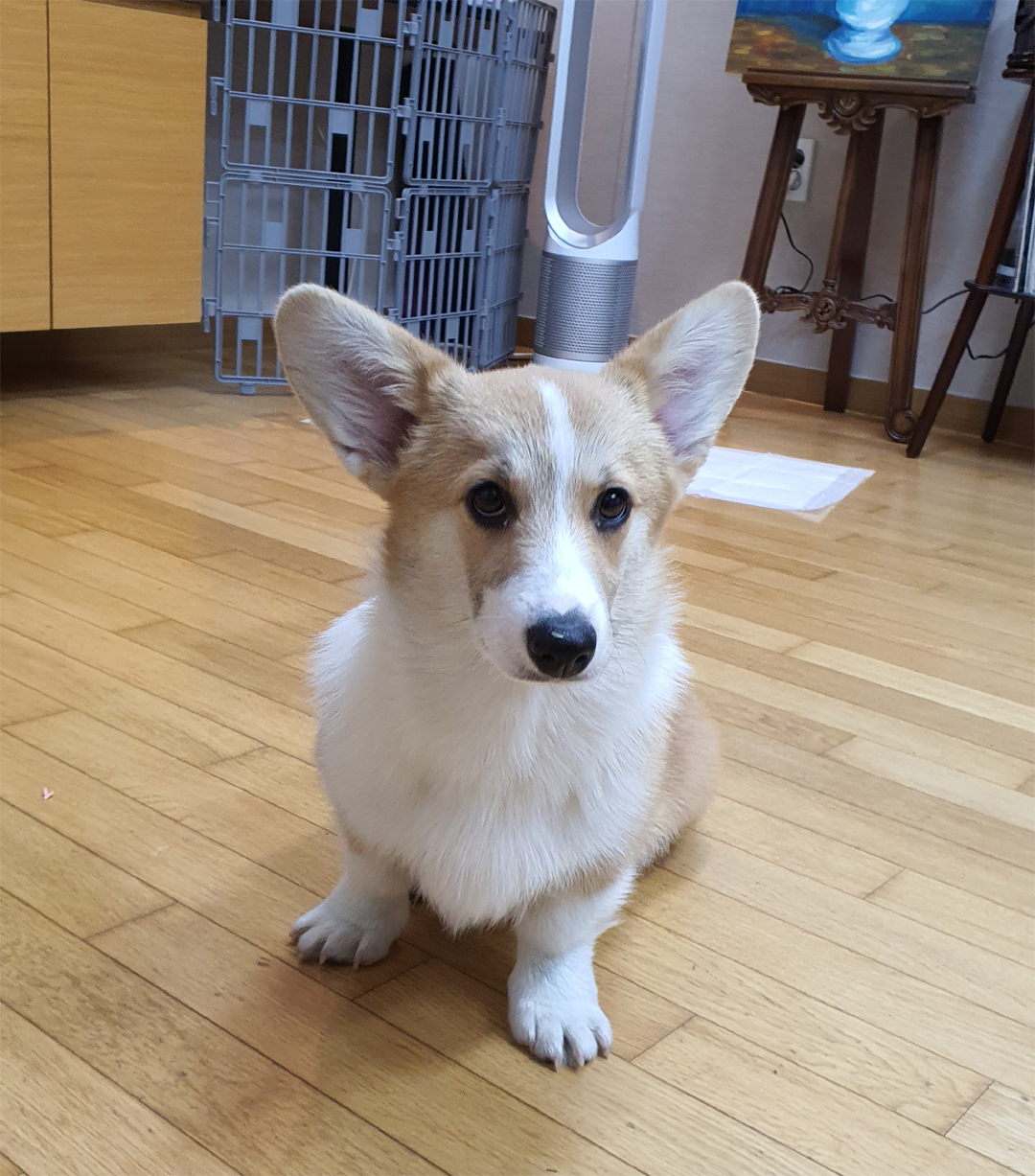 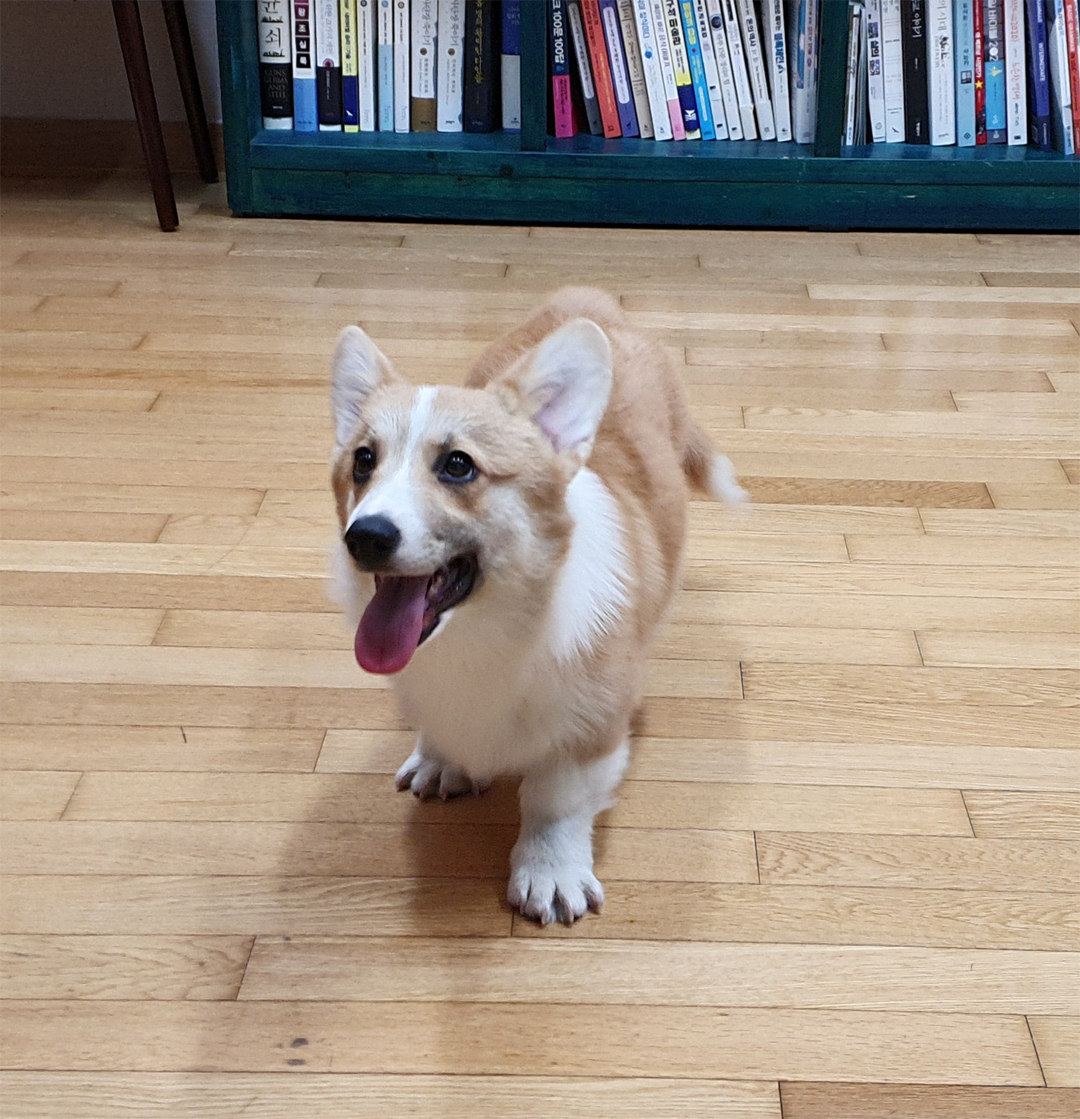 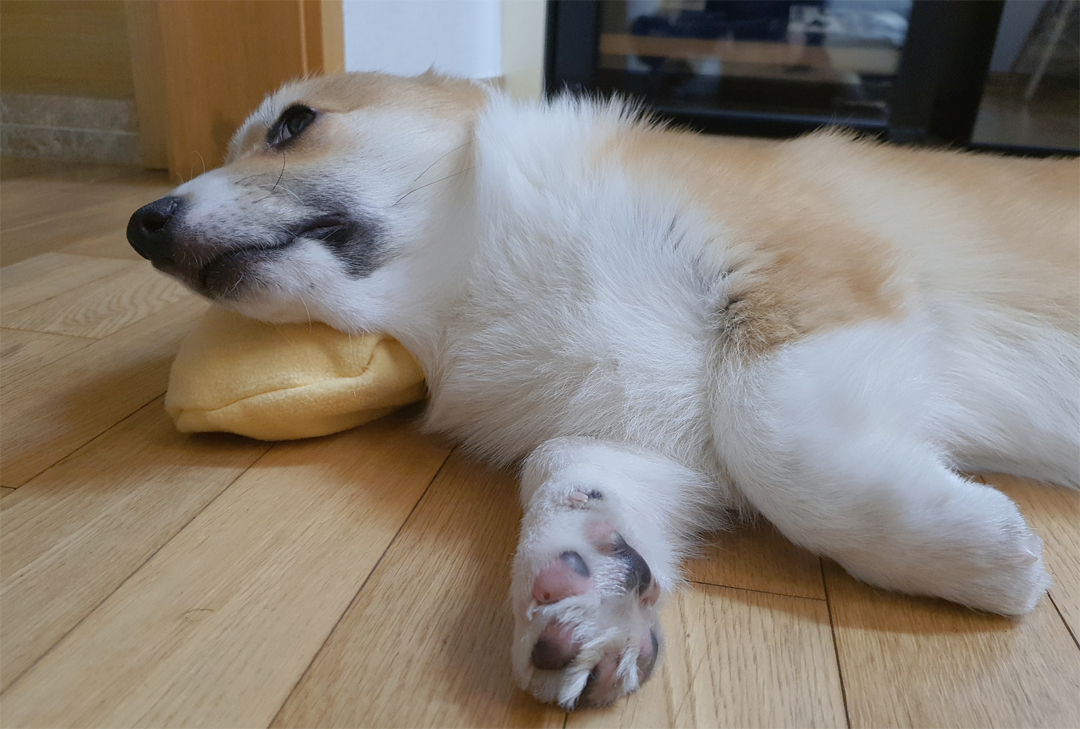 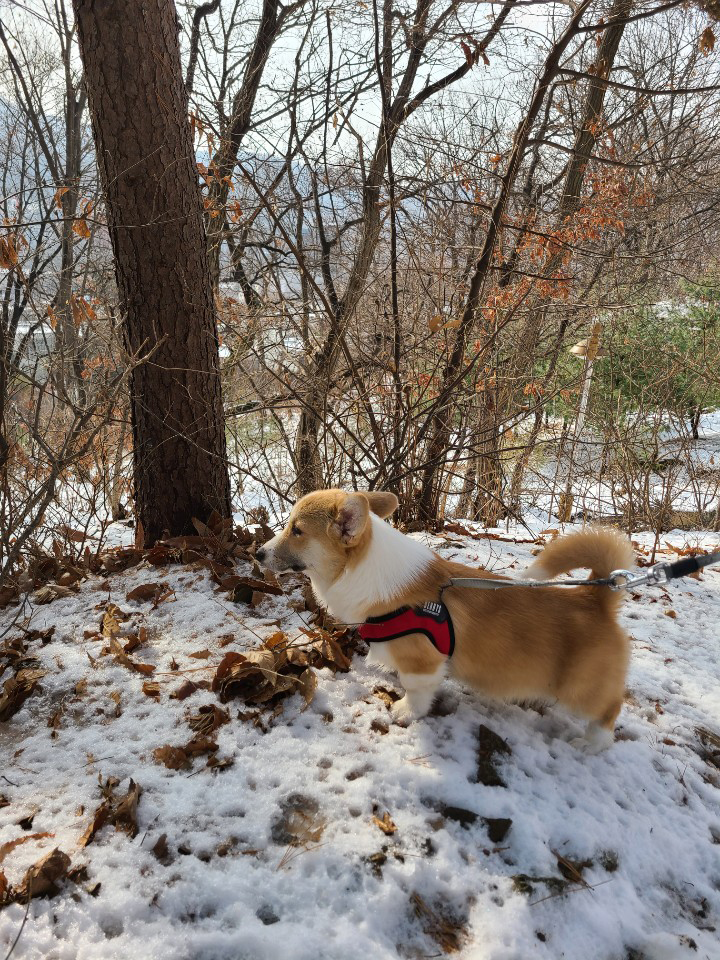 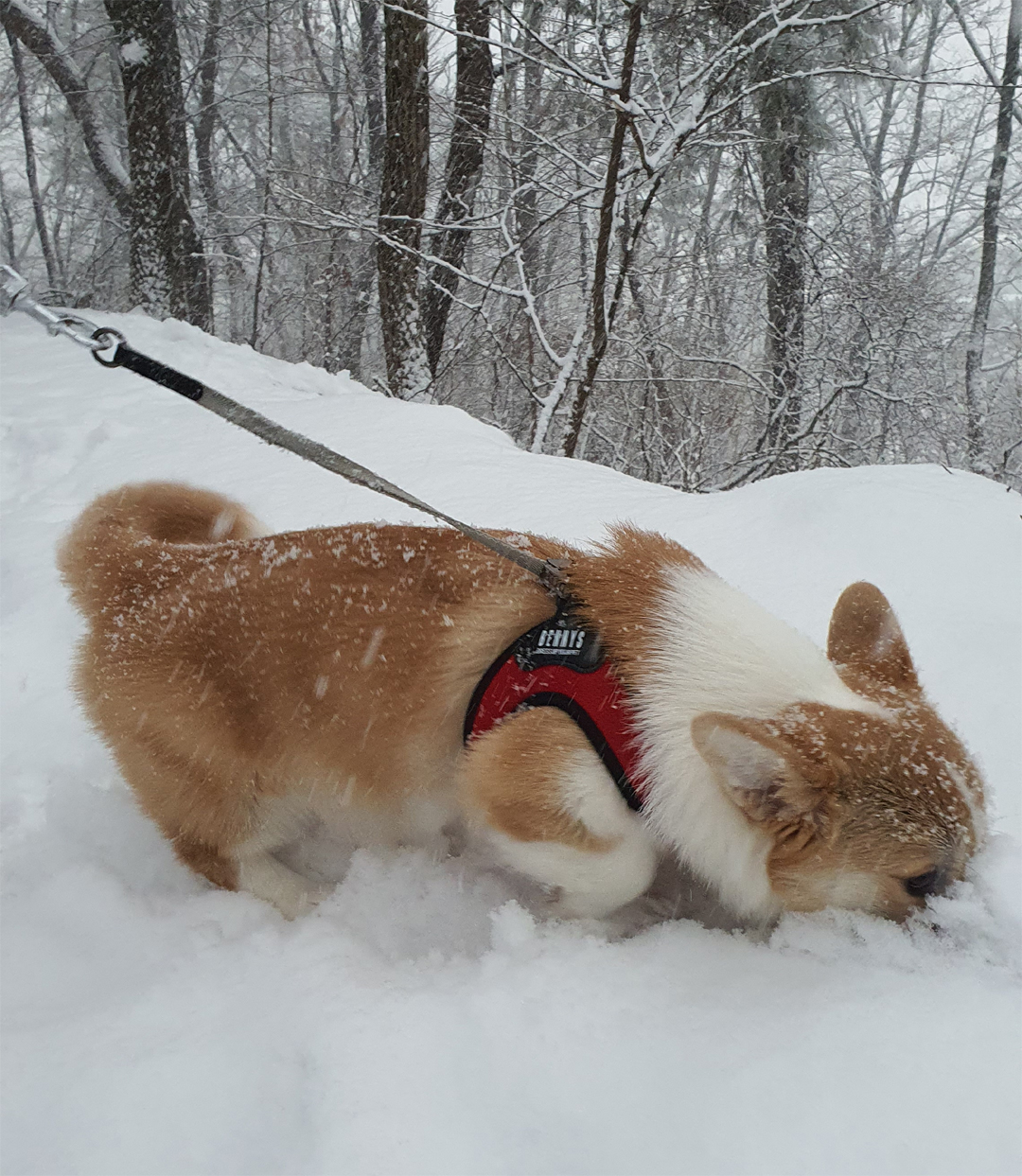 Rescue story
Boss was rescued from an illegal puppy mill. He’s a son to Tweety and has one brother and two sisters!

Ideal family
Boss will do best in a family that’s fairly quiet or doesn’t watch a lot of TV or videos. He will prefer a home in a rural area. He likes his humans but also likes his space so we’re looking for a family that can give Boss love and also respect his privacy.

With dogs
He makes friends easily. He may be scared of bigger dogs at first but he’ll become friends with them in a short time.

With humans
He allows strangers to pet him. Sometimes it seems like he likes strangers more than his family. He loves getting hugs. When he’s in the mood, he will be super affectionate.

Energy level
He needs to go on at least one walk a day. After an hour-walk, he will come home and pass out. If he doesn’t get enough exercise, he will destroy furniture. Please take him out on many walks!

Shedding/barking
Welsh corgis shed all year long. He’s a barker. He barks at any kind of new/unfamiliar noises. Until he gets used to a certain noise, he’ll react to it by barking. But he doesn’t bark when he’s home alone or other family are sleeping at night!

Needs help with
He needs to work on desensitization. He hates the sound of TV but other sounds such as toilet sounds, boiling pot, he will eventually adjust to them and not be reactive. Please have patience and understanding when guiding him. He doesn’t like brushing his teeth.

Health issues
He has a sensitive stomach so we refrained from giving him treats. He’s on probiotics. When his food changes, he’ll have runny stool. If he seems like he doesn’t have much of an appetite, feed him by hand and he’ll eat better!